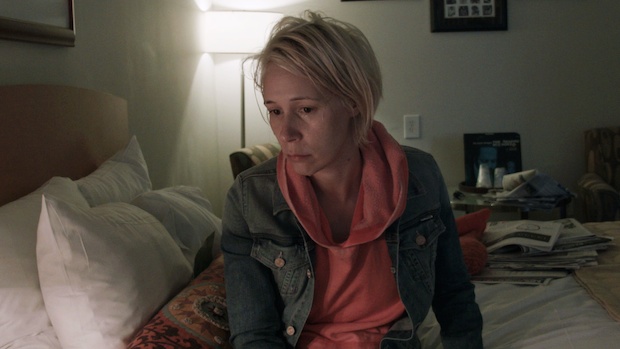 Liza Weil in The Situation is Liquid

As a teenager going into a movie theater, I was looking for some true reflection of the absurd darkness that had come on seemingly overnight. I was looking for a place to rest my pimples from the light and to be told that others had survived similar such onslaughts. For some before me it was James Dean in Rebel Without A Cause. Molly Ringwald in all them John Hughes movies. Then it was Claire Danes on TV in My So Called Life. But for me, it was the actor Liza Weil in Whatever.

I was 19, hadn’t graduated high school, was living in a tiny studio on Wilshire Boulevard in L.A. Movies were my social life, my church, my meditation, and my hiding place — all at once. Gregory Corso has a poem about how sometimes you just need to go to the movies, you can’t explain it to nobody, you just gotta go or things might explode. That was me, all the time.

The late ’90s, the height of my moviegoing fever, was a beautiful time for American independent film. Movies like High Art, Lawn Dogs, The Whole Wide World. They were modest movies that felt huge. And Susan Skoog’s Whatever was one of them.

I never knew what people meant when they said they saw a performance and felt like they knew that actor/that character/that person until I saw Liza Weil as Anna Stockard. The familiarity was like a balm. Here was someone as uncomfortable as I was. As unsure. But unlike, say, James Dean or Claire Danes, I believed it. I didn’t feel like I was being put on by a performance. I couldn’t see any performance. It was like a documentary. Looking back on it now, it’s a credit to Susan Skoog and Liza Weil that it felt like that. But at the time — I remember thinking — this actor is not lying. That’s all that mattered. This actor is not lying to me. She’s not pretending to be anything she’s not.

Weil as Anna Stockard is standing there or sitting there in the room. Or lying down there in the room. But she’s also not there. Two big, curious eyes looking out from somewhere faraway. Wondering if she’s safe enough to be in her body. When I think about the movie, I see those two eyes.

A few years later I was making my first movie. A tiny high school indie. It was my attempt to depict and also dignify those teen years. And I tried like heck to get Liza Weil in the movie. And we met, and she was game to do the movie, but the TV show she was on wouldn’t cut us any slack with schedule stuff.

Some years went by, and whenever I got a movie together, I’d always offer her whatever roll I could. And she’d always say yes. Even though the parts were small and not that well developed at all. Even though she was busy, a successful television actress. And then a wife and mama too. But whenever I’d write a script, I’d always think of her. And I always knew she’d be there if it was at all possible for her to be.

There are lots of actors who can do accents. Or cry well. Or even bring electric charisma. But an honest actor is something else. Actors like Jeff Bridges, Martin Balsam, Patricia Neal, Takashi Shimura, and Frederic Forrest (who was also in Whatever.) These actors give something much more open and generous and quiet than a star on fire. Liza Weil is one of them.

Anyways, we recently decided to make a movie together for around $3,000, Liza and me. And we’re about half way thru the shoot as I write this. It’s mostly been the two of us, the sound fellow, Chris Thueson, and the DP, Robbie Renfrow. We’re shooting on the Blackmagic Pocket Cinema Camera. No crew. Guest actors like Brendan Sexton working for free till 5:00 AM on the street. The movie may turn out ok, or maybe not. But as we make it with no producers around, no contracts, no agents or managers involved, I’ve been reminded of why movies were so important to me back when I was a teenager. It wasn’t the cool camera move, or the heartbeat crush sugar rush romance moment, or the suave magnetic matinee idol glances, or the dolly, or the pop track, or the cigarette flame, or the eyeliner. I guess really what I was looking for, all alone in the dark, far from home, was that rarest of rare things — a friend.