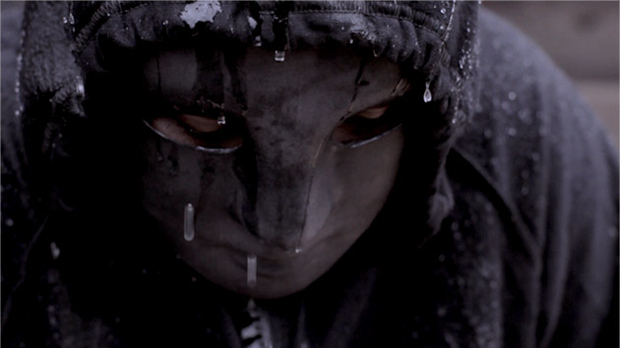 At film festivals worth their metaphorical salt (or just the free labor the volunteers put into them), there is too much to see, too much to do. Your existential clock gets real prominent: time is going to run out and you’ll inevitably have missed most of the fun. You try to make four screenings a day but make three if you’re lucky and two if you’re acting like a relatively normal human, one who tries to consume food at a pace that doesn’t upset the stomach. That 10 am panel sounds real promising until you get wasted the night before with a fest circuit friend you haven’t seen in a while. Filmmakers and publicists press DVDs into your hand or blast online screeners into your inbox trying to find whatever help they can to break through the morass of 4,000/800*, hoping you’ll have something to say about the work at hand but not knowing there are half a dozen other suckers just like them already in your pile.

(*approx 2013 totals for features submitted to Sundance/movies that open commercially in NY & LA).

The Seattle International Film Festival is a challenging one for completists. 452 films from 83 countries are shown over 25 days makes for some hard choices. The 40th version of this incredibly well-attended/-supported festival opened nearly a month ago with 12 Years a Slave screenwriter John Ridley and OutKast impresario Andre 3000’s long-gestating Jimi Hendrix biopic Jimi: All Is By My Side and closed with Charlie McDowell’s Sundance hit The One I Love, neither of which I’ve seen. Spaniard Carlos Marques-Marcet took home Best New Director, the top Jury prize at the festival, for his magnificent long distance relationship drama 10,000KM. That SXSW holdover (an odd world premiere there, as it would seem to have the well-executed Ceylanian long takes and interpersonal relationship minutia to have landed at Rotterdam or Berlin) will open fairly soon and Marques-Marcet, like the other well-positioned filmmakers I’ve already mentioned, will get his day in court; 10,000KM opens commercially stateside this fall.

What interests a hack such as myself aren’t the films SIFF brings in from elsewhere, be they from Telluride, Toronto, Sundance, SXSW, wherever. The real interest lies in the undervalued work Artistic Director Carl Spence and Director of Programming Beth Barnett bring to light across not just across 44 world premieres — an amount rivaling and perhaps dwarfing any other non-market film festival out there — but throughout a seemingly unending program largely partitioned by theme, a strangely unusual device in the festival world but highly successful here.

Most world premieres were solid if unremarkable. Such was the case with South African Henk Pretorius’ Leading Lady, a breezy comedy about a young British actress on the verge of stardom who learns a thing or two about life from a South African sheep farmer. So too with Bradley King’s entertaining, well-performed, sketchily written sci-fi-on-a-budget thriller Time Lapse, a sort of Shallow Grave meets Rear Window thingamajig that just for the helluva it throws in a contraption that takes Polaroids from one day in the future.

Sure, there were forgettable films. I’ll spare you a long digression on Jake Wilson’s You Must Be Joking, a meandering, mostly unfunny comedy about a Jewish-American Princess paralegal stranded in a Roosevelt Island studio who lucks into viral video superstardom. Jason Bognacki’s Another is a horror thriller in the vein of Rosemary’s Baby or The Omen with style to burn (it has quite the oversaturated look) and not a single original idea. Seattle-ite Shawn Telford’s BFE, a stalwart at this year’s Sarasota Film Festival, is an effective, shaggy-dog yarn about four lost souls trying to make their way out of a dead-end town. Charles Olivier-Michaud’s Seattle-set Four Minute Mile strongly resonated with Emerald City audiences even though it’s a pretty by-the-numbers “you save me, I’ll save you” mentor/mentee drama. A young fatherless runner (a not so strong Kelly Blatz) comes under the wing of an alcoholic running coach (a predictably stronger Richard Jenkins) just before the fleet-of-foot young man is about to get caught up in his wayward brother’s drug game.

The sad thing is, for every movie like those you catch — the type of movie that makes a prominent national critic originally from the area say things like “you have to be careful with these Seattle world premieres” — you may not be able to see something that looks really strong, such as Scott Cohen’s New American Cinema grand jury prize winner Red Knot, in which, per the jury, “an ethnographic journey to the South Pole becomes an unsettling tale of fumbled love and transcendent redemption, capped by an extraordinary performance from Olivia Thirlby,” one of the most exciting young actresses in movies.

Sean Mullin’s Sam & Amira skirts fairly well between comedy and drama, focusing on veteran Sam (Martin Starr), a doorman at a swank building struggling to readjust to civilian life (and to the bombardment of thoughtless privilege endemic to certain Manhattan environs) when he encounters a war friend’s Iraqi compatriot. A fellow combatant of loneliness and dislocation, Amira (Dina Shihabi) gets busted hawking pirated DVDs while in possession of a fake ID and suddenly needs help attaining citizenship. Her brother was killed in the war, likely by an American not much unlike Sam, but a remarkably unlikely love affair springs forth nonetheless. The movie didn’t completely make me buy it, but it certainly charmed me along the way, with Starr (Party Down, Silicon Valley) handing in some spry, surprisingly moving work. Mullin’s pedestrianly-mounted picture remains thoughtful and perceptive without becoming maudlin about the wages of (returning from) war and healing the human wounds between those on different sides of the conflict.

Peres Owino’s Bound: Africans Versus African-Americans took home the 2014 Lena Sharpe Award for Persistence of Vision. I don’t doubt Owino’s persistence, but her vision is another matter. The doc recounts various ways in which Africans and African-Americans have been exploited and prevented from exercising any effective form of pan-African unity because of white supremacy and the trans-Atlantic slave trade it supported. Authors and rank-and-file black folks from the African and American continents speak about their prejudices toward the “others” and gripe about their own communities. These talking heads segments, like much of the film, aren’t edited in a way to suggest much of a point of view; many of those interviewed routinely make the same point someone else has. Even when someone has something interesting to say — which isn’t necessarily rare, as these are fascinating topics of conversation — it’s a shame the filmmaking lets down the subjects.

I got the creeping suspicion that the audience, many of whom were laughing, weren’t getting what the filmmaker intended out of it. To watch this film having never really known any actual black people very well, or having never been one oneself, the viewers in this lily-white audience in this lily-white town (or anywhere else for that matter) might leave with the impression that most, if not all, black Africans think American blacks are stupid and violent; that American blacks think Africans are poor and ugly; that no one knows anyone else’s history, and moreover that “the white man” isn’t completely culpable for slavery given the participation of some Africans in the practice, but in any case it’s “up to us” now and the only way black Americans will ever know themselves is to journey back.

This is a dangerously inaccurate set of assumptions to press upon an audience such as the group of mostly old, mostly white SIFF staffers I watched it with, let alone upon the brothers dealing herb in front of the Ritchie’s Chicken not far from my mother’s home in Cincinnati or the psuedo-black nationalist bourgeois she (and by extension I) used to run with in the go-go ’90s, when capitalism popularized Malcolm X hats and kente cloth and the black middle class’s burgeoning home equity made the future seem bright and endless.

Of course, nothing is this simple. These are confusing times to be a negro in America: our collective political power is as limited as it’s ever been. The historic legislative achievements of our forebears and long-sought protections against laws designed to antagonize us are slowly being rolled back one after another while a brown man named Obama occupies the White House. Owino is seeking to give voice to intracommunal disquiet on both sides. She fails to do not because of lack of conviction, but because the confusion about this contemporary moment is one that her subjects, like most of us, are unprepared to parse the complexities of.

Her unsure command of the form doesn’t help. The talking heads are intercut with inadequate bits of archival footage; an odd selection of staged, impressionistic shots of people in masks ostensibly representing the way in which blacks on both sides of the Atlantic are hiding from each other and themselves; and a town hall meeting between supposedly representative groups from each continent that feels more like a small collection of the filmmakers friends. It isn’t enough to fill in the gaps; never did I feel much of an argument being erected. A filmmaker’s job is to provide us not just with context, but moral and aesthetic insight. I wanted to give the movie the benefit of the doubt, even when the filmmaker herself and executive producer Isaiah Washington show up as subjects. But no one has any excuse for the picture’s myriad aesthetic lapses (poorly mixed digital formats are papered over by color correcting everything sepia) any more than they do for having nothing revelatory to divulge. Who am I to say what Owino’s intentions are? After seeing her film, all I can do is quote Gil Scott-Heron: “Damned if I know.”