Of Prisons and Premieres: The Trinidad and Tobago Film Festival 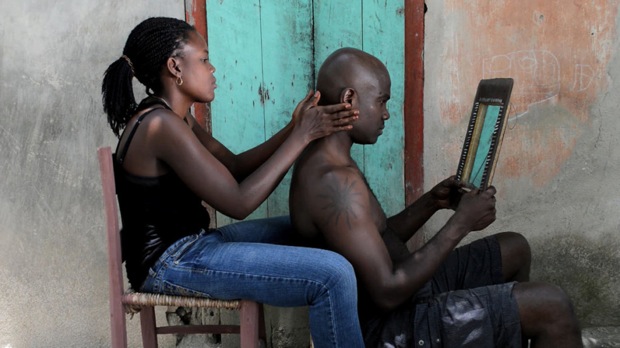 Away from the top A-list festivals, film festivals generally fall into one of two categories: they either aim to be public festivals and get bums on seats, or in rare cases they try to encourage and develop local filmmakers. Sometimes, like those in the Middle East enclaves of Abu Dhabi and Doha, they have started off as a public festivals and — when the response from the international media or local audiences is not as hoped for — have changed tacks and moved their focus to developing local talent.

The Trinidad and Tobago Film Festival is focused on developing Caribbean talent. It also acknowledges that the film festival is perhaps the only opportunity local audiences may have of seeing some of the best of arthouse cinema. So the festival has a rather wonderful and brave policy: unless a film is a Caribbean film having its Trinidad and Tobago premiere, it does not show films that have a local distributor attached. The rules of engagement for the Caribbean section are that the films are either from the Caribbean, the diaspora or are from international filmmakers made in or about the region.

The festival opened with the world premiere of Pan! Our Musical Odyssey, a crowdpleasing yarn about the history and omnipresence of pan instruments in Trinidad and Tobago. Directed by Belgian filmmaker Jérôme Guiot, the film cross-cuts between two distinct parts. One part is a documentary looking at the pan competitions that take place in Trinidad and Tobago today, and how the effort to be named the best steel pan band in world has captured the imagination of musicians around the globe. The docudrama section attempts to give a potted history of the development of the pan instrument, which which is that rare breed, a new percussion instrument developed in the last century. It’s also the only instrument that is recycled, as the pans originally started their lives as oil drums.

There are two interesting aspects about the docudrama section. The first is that historical accuracy has given way to artistic license. The second is that the director has not attempted to grade 1947 with old film stock, or even to mimic old film stock. The sequences are plainly shot digitally, as is the documentary section. This has a jarring effect, because it’s outside what has become standard in film language — that is, if you are shooting scenes from the past, they should be made to look grainier than more modern moments. (The more traditional cinematic language to grain the past or footage shot on a video camera was in evidence throughout Toronto, in films such as the Fischer vs. Spassky chess drama Pawn Sacrifice, Brian Wilson biopic Love and Mercy and Stephen Hawking romance The Theory of Everything.) In attempting (no doubt driven by financial necessity) to escape from what has become a cinematic trope, the film only serves to remind us that what is realistic in cinematic terms is quite often still a fiction. It’s a bold decision from Guinot to make no concession in the earlier section of his film, and one that might become more of a habit in the future.

Led by Carlos Machado Quintela, Cuban film seems to be going through something of a renaissance at the moment. His debut film, La piscina, won best film at the Marrakech Film Festival in 2013, chosen by a jury headed by a certain Martin Scorsese. Trinidad and Tobago hosted the international premiere of his new short film Bullock, and it’s a no-dialogue two-hander that is a visual feast. A man and woman pull each other along a country road by a piece of rope, blood on their faces. It’s totally mesmerizing and only heightens the anticipation for his sophomore feature film, currently in the works. To be the feature film following the short would have been hard for any filmmaker, but that is the fate that befell Robert Yao Ramesar, a teacher at the University of West Indies. Haiti Bride is a fractured look at the country after the earthquake of 2011, told through the story of a couple getting married on the day of the quake. The story moves back and forwards in time, and while the shattered glass nature of the editing is meant to reflect the experience of the earthquake, it makes it difficult to follow the narrative strand and the film collapses in on itself.

A more straightforward crowdpleaser was the world premiere of documentary Art Connect by Miquel Galofré. It starts by revealing that despite Trinidad’s natural gas production (the country provides the US with 70 percent of its natural gas needs), the island has been suffering from a crime epidemic. Galofré looks at how the crime epidemic has affected kids in the poor Laventille area of Port of Spain, a 15-minute taxi ride from where the film festival takes place. The focus is on the positive community response. Art Connect is a schools program that was initiated by artist Wendell McShine to introduce disenfranchised kids to music, dance, poetry and painting. Several children were given digital cameras to record their experiences, and it’s heartbreaking to see these young children talk so nonchalantly about family break-ups and murdered family members. The film had an immediate impact with the education minister Dr Tim Gopeesing, who pledged his support to extending the program to schools throughout Trinidad and Tobago.

One of the trip’s highlights was being present at the first-ever screening of selections from the festival at the local prison, an experience I will likely never forget. The first thing that struck me was that the outside of the prison looked like it could be a function hall for a wedding, with its walls draped with decorations leftover from August’s Independence Day. Getting through security was less of a mission than I suspected, although in one of the rooms, in which a team of five policemen sat, I was a bit perturbed to discover that one of the officers had stolen Eddie Murphy’s smile.

The screening took place in a prison courtyard. The excellent team from local self-described “multi-service company and think tank” North Eleven put up an inflatable outdoor screen with the nonchalance of people working at a children’s party. The courtyard was small, about the size of a basketball court. We were walked through the metal gates into a shed-like contraption that looked like it was designed to house chickens. Instead, one end had open-to-the-elements latrines and showers. Taking up most of the space were concrete tables and benches, and it was here that prisoners sat to watch the action.

The first prisoners to arrive in the courtyard were those on remand. They are not required to wear uniform and what struck me about the T-shirt-and-shorts wearing young men were how much they resembled hipsters hanging out in Brooklyn. They were being screened five short films, all from the Caribbean. As the first short began playing, a crew of prisoners wearing prison uniforms made of brown cotton were brought in. What was intriguing was that the films chosen for the prisoners were comedies and dramas reflecting the prison experience. Indeed, one prisoner sitting a meter from me knew about The Cutlass, a thriller based on the true story of a young woman abducted by a dangerous sociopath. The prisoner even knew that the short was being used to help raise finance for a feature film, which is also the reason this was the film that left the prisoners most frustrated — they wanted the story to conclude. They were far happier with Flying the Coup, a comedy set on the day of the 1990 attempted coup in Trinidad.

That evening I went to the youth detention center, where the American film Troop 491: The Adventure of the Muddy Lions was screening in the gym. One of the most impressive sights of the festival was watching filmmaker Praheme Praphet handle the post-screening Q&A with a crowd of rowdy, nonplussed youths. The film was possibly a tiny bit too youth-oriented for the audience, as the film concerns a child who witnesses a murder finding solace in the Boy Scouts. It’s a well-made film from a filmmaker who graduated from Florida State, but as with so many filmmakers today, he is discovering the biggest battle is not making a film but getting it distributed.

The film showed in the Panorama section, where several independent American films were being shown since the US Embassy had become one of the festival’s sponsors. It wasn’t just the usual suspects, but films with a message relatable to the Trinidad audience that were being shown. The emphasis on crime was apparent with the choice of Keith Miller’s much-admired gang drama Five Star, while it was romance — or, more to the point, the end of romance — that is central to Terence Nance’s Sundance favourite An Oversimplification of Her Beauty, which I found wonderfully bonkers with its mixture of animation, straight-to-camera interviews and drama.

The emphasis of the Panorama section is to show films from around the world, with a particular focus on Trinidad and Tobago’s so-called “heritage’”countries and regions. A lot were best of the fest classics, such as the brilliant Indian film The Lunchbox. Of the films I had not seen before I was most taken by Manakamana, which on paper sounds like the dullest film on Earth. Set in the foothills of the Nepalese Himalayas it tells the story of a temple dedicated to Manakamana, the Hindu Goddess of good fortune, and the eight and a half minute cable car ride you have to take to get there. The film is essentially a collection of cable car trips to and from the temple. Yet what transpired is a stunning film about human relationships, gentrification, goats and spirituality, all set against a lush green backdrop. This film directed by Stephanie Spray and Pacho Velez demonstrated to local filmmakers that in the right hands, even seemingly mundane everyday tasks can become a great universal story.