The Art of Narrative Deduction 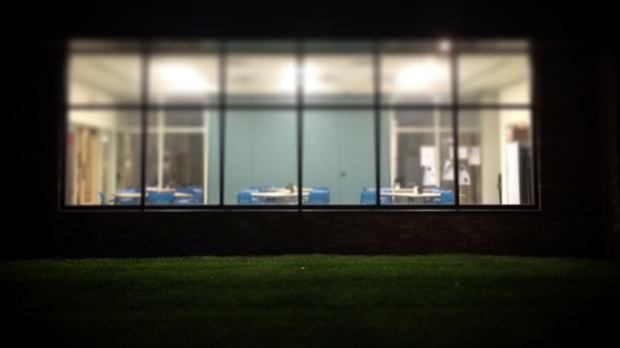 In 1887, an eccentric detective named Sherlock Holmes appeared in print for the first time. A literary creation of Sir Arthur Conan Doyle, Holmes and his companion Dr. Watson captured the imaginations of readers and quickly grew in popularity. Fifty-six short stories and four novels later, Doyle’s work has seen numerous adaptations. From films to television to stage plays, Sherlock Holmes has stood the test of time. But beyond the fiction, Doyle’s stories have had a lasting impact on the way that crimes are solved. Holmes’ obsession with protecting crime scenes from contamination and his use of chemistry, ballistics, bloodstains and fingerprints helped to shape what we now consider to be the foundation of forensics — an interesting case of story driving innovation and fiction influencing fact.

Motivations are at the heart of storytelling. They fuel characters and propel plotlines forward. However somewhere along the way the desire to commercialize stories gave birth to formats, running times and platforms. As theater owners realized that audiences considered the length of a film a measurement of quality, works with longer running times replaced short form. Feature films meant that audiences could be charged higher ticket prices and distribution platforms were established to exploit the emerging opportunity. But the length of films hit a threshold as theaters implemented intermissions to account for the audiences’ own physical limitations. Alfred Hitchcock would famously say decades later, “The length of a film should be directly related to the endurance of the human bladder.”

With the emergence of technology, the notion of formats, running times and platforms established over 100 years ago are being challenged. As consumption habits shift to meet an on-demand culture, code and story often clash. However, early efforts have resulted in business models that are merely emulating traditional ones. YouTube encourages the development of MCNs (muti-channel networks), like Makerstudios, who attempt to churn out content while placing talent under restrictive contracts similar to how the studios operated during the golden age of Hollywood. Meanwhile Netflix, Hulu and Amazon double down on the development of original content in an effort to boost subscriber bases to become the next HBO.

As the industry goes through cycles — the advent of sound, the dawning of television, the VCR, DVR and now everything moving to the cloud — it is common for new technologies to emerge and threaten to disrupt the status quo. But what happens when those formerly known as the audience become their own storytellers?

Within the last year, my son, who is six years old, became fascinated with Minecraft, a sandbox game similar to Legos but virtual. He and his friends strategize, share and co-design worlds. They watch “Let’s Play” videos by creators like 23-year-old Joseph Garrett, who is pulling in six figures a year thanks to 3.8 million subscribers and 182 million video views a month. Garrett’s Stampycat series consists of him telling stories, building things and playing with friends. Inspired by Stampycat, and due to a limited barrier to entry because of screen-capture software, my son and his friends are creating their own “Let’s Play” videos. The reality is, they are not watching TV but instead have become their own little media companies.

Last fall, we started a Digital Storytelling Lab at Columbia University where I teach. The mission of the lab is to design stories for the 21st century — to build on a diverse range of creative and research practices originating in fields from the arts, humanities and technology, but to never lose sight of the power of a good story. Technology, as a creative partner, has always shaped the ways in which stories are found and told. In the 21st century, for example, the mass democratization of creative tools — code, data and algorithms — has changed the relationship between creator and audience. The Digital Storytelling Lab, therefore, is a place of speculation, of creativity and of collaboration between students and faculty from across Columbia University. New stories are told at the Digital Storytelling Lab in new and unexpected ways.

Ira Deutchman, chair of the Film Program at the School of the Arts and an innovative producer in his own right, explains: “There has been a lot of discussion about the ways in which new technologies and new platforms are changing storytelling, but most of that discussion is coming from the technology side. Our goal with the Digital Storytelling Lab is to attack it from the storytelling side, which has always been Columbia’s strength. We want to create a safe place to experiment with new narrative forms, without the pressure of the marketplace, and with a true spirit of discovery.”

This fall, the Digital Storytelling Lab will launch its first project. Sherlock Holmes & the Internet of Things is an ambitious yearlong effort that partners the lab with the New York Film Festival and the Brown Institute for Media Innovation. Together storytellers, game developers, makers, creative technologists and experience designers will experiment with new forms and functions of storytelling. Through a collaborative process, participants will lay the groundwork for a storyworld that plays out globally through a series of connected devices that become significant storytelling artifacts. The mystery unfolds through what amounts to a massive crime scene consisting of inanimate objects that hold stories and clues. As more items are discovered, the narrative advances, bringing the characters Doyle created over 100 years ago to life. While the story remains the same, it is the telling that is shifting. Similar to Holmes, the industry finds itself examining the clues in an effort to solve a digital challenge. But one is left to wonder if the answers to the industry’s woes are in fact buried somewhere within the minute details of an ever-shifting digital landscape. That, like Holmes, in order to break the case, we’re going to require a keen sense of observation, a healthy dose of deductive reasoning and a willingness to experiment.