Film Studies for the 21st Century 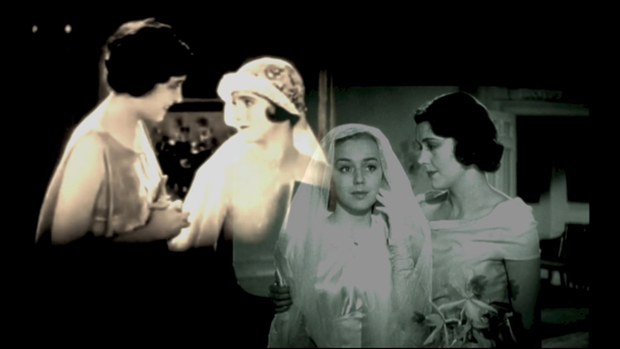 In 2008, film scholar Catherine Grant started a blog titled Film Studies for Free as a venue for collecting and sharing links to interesting examples of film and media scholarship available online. Between university positions, she was unsettled by the thought of losing her faculty privileges — such as access to the library — and wanted to stay connected with academia. By launching the site, she quickly discovered a burgeoning community of other scholars in the blogosphere, as well as a readership that expanded beyond the university. “I guess I didn’t really understand how it would take off,” she says of the site, “but it took off very quickly, and I suddenly found it completely addictive.”

Grant’s pleasure in sharing these resources was a good thing as Film Studies for Free became an incredibly useful resource that people rely on, not only in surveying the terrain of contemporary film and media scholarship, but in advocating for an array of scholarly practices that remain today, six years later, real sources of tension within academia. These practices include open access publishing, fair use advocacy and the use of media for quotation, as well as new forms of scholarly expression that move beyond the written essay. Grant has become a key spokesperson advocating for new directions in media scholarship.

“I thought I would just be gathering links to material and curating other people’s work,” recalls Grant, who now teaches at the University of Sussex in the United Kingdom, “but in fact I found that I was really interested in producing new kinds of work myself.” That new kind of work is the video essay, which enjoys a venerable history within cinema as filmmakers as diverse as Jon Jost, Chris Marker, Trinh T. Minh-ha and Jean-Luc Godard have made elegant projects in the essayistic tradition. The critical exploration of cinema through moving images is also prevalent in the art world, with examples ranging from Christian Marclay’s massive compilation film The Clock to Peter Tscherkassky’s dazzling short film Outer Space. Both of these projects perform a kind of critical analysis, but both are framed very much within an art world context.

Instead of these two different trajectories, Grant is referring to a new genre of video essay created specifically as a form of critical analysis, generally made by scholars and designed to put forward an argument that is enhanced through sound and image. Yes, it is painfully obvious that being able to see the shot or scene, or to witness an example of the editing style or cinematography of a sequence, rather than merely read descriptions, would enhance a scholar’s argument. However, academia is bizarrely resistant to change. At all. So, more than a century after its birth, cinema is only now finding itself subject to critical scrutiny in an audiovisual form by a growing number of scholars.

“I wasn’t even remotely thinking about experimenting back then, but literally a year later, I made my first essay, and I think since then I’ve made nearly 90 essays, many of which I’ve shared online,” Grant says. “They’re very short, so ‘essay’ is maybe more synonymous with ‘experiment’ than fully fledged piece of work equivalent to a 6,000-word article. But increasingly, I’m thinking of my research in video form.”

Grant’s first critical essay video was made in 2009 and is titled Unsentimental Education; it elegantly investigates Claude Chabrol’s film Les Bonnes Femmes. Writing about the experience of making this first video in a scholarly essay titled “The Shudder of a Cinephiliac Idea? Videographic Film Studies Practice as Material Thinking,” Grant reflects, “What surprised me, after I had embarked on the necessary processes of sourcing, converting, importing, exploring, playing with and re-editing digitized film footage, was not only how straightforward it was to do all of this, given the relatively user-friendly, digital format-conversion and editing software that nowadays is available for free with many computers online; but also how much more I went on to learn about the form of the Claude Chabrol film…” She adds later in the essay, “It was the practical experience of having to work through, construct, and then convey or perform a meaningful analysis by re-editing the film for its making that completely convinced me of the merits of videographic approaches as analytical, pedagogical and creative research process.”

Grant certainly is not alone in this endeavor. Many other scholars have also tackled the form, as have fans, some of which have made supercuts that far surpass scholarly videos in their expansiveness. For Grant, Matthias Stork’s videos on the idea of accelerated continuity in a body of action films that he has grouped under the rubric “chaos cinema” stand out, as does Erlend Lavik’s Style in The Wire and Drew Morton’s From the Panel to the Frame: Style and Scott Pilgrim. “These videos are very explanatory,” Grant says. “You learn something, they produce new knowledge, but they’re also really watchable.”

Grant contrasts these explanatory videos with the more poetic work of scholars such as Adrian Martin and Cristina Álvarez López. “They are working at the other end of the spectrum, the poetic end, very much drawing on avant-garde cinema.” Grant explains that she is using a spectrum of practice outlined by Christian Keathley, who has identified varying aspirations among the growing number of video essayists. And of course, no discussion of this kind of work is complete without mention of the stunning videos of :: kogonada, whose visual explorations of time in the work of Richard Linklater, or single shot perspective in the work of Stanley Kubrick, may defy easy placement on a spectrum dividing the explanatory from the poetic. Thom Andersen’s two compilation essay films Red Hollywood (with Noël Burch) and Los Angeles Plays Itself have also limned the boundaries between the personal and scholarly, demonstrating the singular power of media quotation for historical revision.

Grant, working with Christian Keathley, Drew Morton, Christine Becker and Jason Mittell, along with a high profile editorial board and in collaboration with MediaCommons and Cinema Journal, earlier this year launched [in]Transition, a journal designed specifically to showcase videographic film and moving image studies, to bring peer review to the process in order to ensure academic rigor and legitimacy and to establish a new set of terms for evaluating this work. Three issues have already been published, with two more set to appear before the end of the year. The journal joins a handful of other entities dedicated to new directions in scholarship, including Critical Commons, a fair use advocacy site that houses and shares annotated media clips for use in video essays, and Scalar, a platform dedicated to the union of video and text for scholars interested in combining the two.

“It’s a really exciting time,” says Grant, echoing the feelings of a growing number of film scholars. “My feeling is that as long as we keep things open and don’t start saying, ‘Only this kind of video essay is the kind we want for film and media studies,’ the better off we’ll be. We can just wait and see how the field develops.”