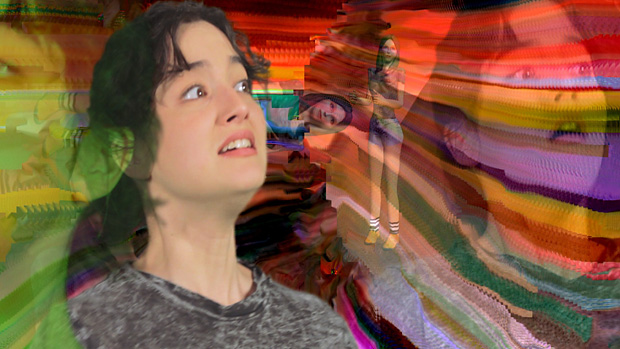 by Scott Macaulay
in Filmmaking, Financing
on Jan 7, 2015

Creative Capital, the granting and artist support organization, announced today its 2015 awardees in the categories of Moving Image and Visual Arts. Out of 3,700 submitted proposals, 46 projects were funded with the 50 supported artists ranging in age from 28 to 80. More than half our women, and and more than half identify as non-European American.

Among the grantees are a number of artists who will be recognized by the Filmmaker readership. Here are just a few of them.

Veteran director Michael Almereyda receives his first Creative Capital grant for a series of short films based on Italian folktales. Jillian Mayer and Lucas Leyva, who appeared on our 25 New Faces list in 2012, received a grant for their feature version of #PostModem. Cherien Dabis is on the list for her “immersive cinematic experience,” No End in Sight, which tells the story of a young Muslim woman participating in the Egyptian revolution. Shola Lynch is funded for a project about Harriet Tubman, the African-American abolitionist and Union spy. Marwencol filmmakers Jeff Malmberg and Chris Shellen appear on the list with Teatro, a project in which villagers from a small Italian town stage their own autobiographical play. The great animator Martha Colburn is awarded a grant for a stop-motion animated film set during the American frontier. You Won’t Miss Me director Ry Russo-Young receives a Creative Capital for a new feature based on the true story of her own sperm donor’s lawsuit against her two lesbian mothers for visitation rights when she was nine-years-old. And, finally, Jennifer Reeder’s new project involves the disappearance of a girl in a rural, racially diverse Ohio town.

Creative Capital grants consist of up to $50,000 in direct funding (disbursed at key points over the life of the project) and then additional resources and advisory services valued at $45,000. Of the organization and the grants, Creative Capital Executive Director Ruby Lerner said in a press release, “We believe it is so critical to sustain a commitment to invention and experimentation, to provocation and beauty. This class of Creative Capital awardees does it all; these artists are engaged with the world, and the immediacy of their projects is breathtaking.”

Moving Image
The funded projects include documentaries, narratives, animation, and interdisciplinary and experimental work. They address a range of timely issues and ideas, including the Arab Spring, America’s forgotten spaces, the urbanization of China, Alzheimer’s and a sci-fi musical look at corporate power.

Martha Colburn (Gettysburg, PA)
Funded Project: Western Wilds, a stop-motion film based on popular stories about the American West written by German author Karl May in the 1890s.

Andy Kropa (Brooklyn, NY)
Funded Project: Hacking Alzheimer’s, a wearable system that aims to improve the quality of life for people
 affected by Alzheimer’s disease and dementia by using perpetually-recording cameras as an aid to memory.

Jeff Malmberg and Chris Shellen (Los Angeles, CA)
Funded Project: Teatro, a documentary about villagers in a small Italian farming town who preserve their heritage and confront their community issues by turning their lives into a play.

Carlo Ontal (Jersey City, NJ)
Funded Project: Kitoko Ya Kolela, a performance piece, series of photo and painting exhibitions, and film drawing on a photojournalist’s experience in the Congo.

Lorelei Pepi (Vancouver, Canada)
Funded Project: Vigil, an interactive installation that uses facial tracking technology to encourage viewers to engage with and stand vigil for animated representations of “the Other.”

Shawn Peters (Brooklyn, NY)
Funded Project: The Art of Dying Young, a series of short films that “re-memorialize” young men who were previously memorialized with death murals in Brooklyn; the films, which incorporate augmented reality technology, are intended to be accessed and viewed on smart phones at the site of the memorial mural.

Jennifer Reeder (Hammond, IN)
Funded Project: As With Knives and Skin, a deadpan glimpse into the lives of both teenagers and adults during the aftermath of a young girl’s disappearance in a rural, racially diverse town in Ohio.

Jon Rubin (Pittsburgh, PA)
Funded Project: The Sitcom, an experimental, transnational sitcom set and shot both in Tehran and Los Angeles, repositioning the conflict and cultural misrepresentation that characterize U.S./Iranian political relations into the absurdist sphere of a domestic comedy.

Ry Russo-Young (New York, NY)
Funded Project: The Family Movie, a narrative feature film based on the true story of the artist’s known sperm donor suing her lesbian mothers for visitation and paternity rights when she was nine years old.

Lee Anne Schmitt (Altadena, CA)
Funded Project: So That I May Come Back, a non-traditional documentary based on the case of Mary Bell, who was 11 years old when she was convicted of killing two small boys in England.

A.K. Burns (Brooklyn, NY)
Funded Project: Negative Space, a multi-channel video installation that presents a surreal narrative of bodies in transition and their relationship to nature, technology, territories and resources.

Heather Cassils (Los Angeles, CA)
Funded Project: The Reliance of the 20%: Monument Project, a series of bronze monuments, cast from the artist’s attacks on 2000-pound clay blocks and placed at sites where acts of violence towards gender nonconforming people have occurred.
 
Carolina Caycedo (Los Angeles, CA)
Funded Project: Be Dammed, an interdisciplinary project investigating the effects that large dams have on natural and social landscapes in several American bio-regions.

Abigail DeVille (Bronx, NY)
Funded Project: The Bronx: History of Now, a series of 100 site-specific sculptural installations constructed from found objects, fragments of histories and community narratives to tell the story of the present moment in the Bronx.

Maria Gaspar (Chicago, IL)
Funded Project: Out of Field, a series of outdoor visual and sonic installations on the West Side of Chicago
that bring experiences and narratives from Cook County Jail out into the neighborhood that surrounds the detention facility.

Mariam Ghani (Brooklyn, NY)
Funded Project: What we left unfinished, a collaboration with Afghan filmmakers to examine unfinished state-sponsored films during the years of Afghan Communism (1978-1991) as records of fleeting iterations of the Afghan state, and imagine new narratives constructed from the fragments.

Narcissister (Brooklyn, NY)
Funded Project: Organ Player, a feature-length experimental art film based on, and elaborating on, the artists’ acclaimed performance piece by the same name.

Jeanine Oleson (Brooklyn, NY)
Funded Project: A human(e) orchestra, an ever-changing “orchestra” that uses a range of noises, from
conventional music to speech acts, to produce compositions around agreed-upon issues or audiences in need of “music.”

Gala Porras-Kim (Los Angeles, CA)
Funded Project: The Mute Object and Ancient Stories of Today, which examines the link between an undeciphered script found on Mesoamerican artifacts and the development of a standardized dictionary for the Zapotec language in Oaxaca, Mexico.

Katrin Sigurdardottir (New York, NY)
Funded Project: Supra Terram, a large-scale installation in which a cave-like structure intersects a building on two levels and redefines the architecture of the building with its volume.

Ivan Velez (Bronx, NY)
Funded Project: THE BALLAD OF WHAM KABAM!, a series of five interconnected comic books that use the tropes and style of the classic superhero genre to tell the story of America’s multicultural history.

And here are the two selection juries: