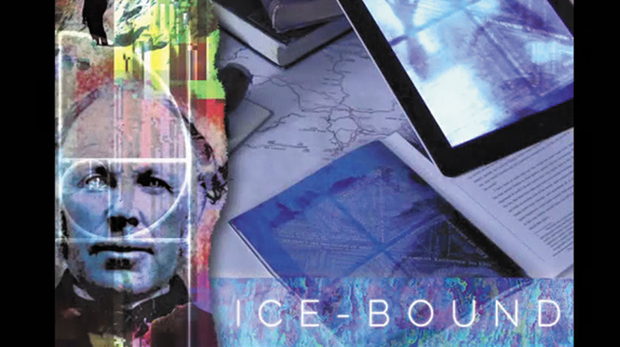 In October 2014, the University of California, Santa Cruz announced a new Department of Computational Media. Described as the first of its kind and housed in the university’s Baskin School of Engineering, the department is designed to create a truly interdisciplinary home for new directions in computation as an expressive form by uniting the humanities’ concerns and methods with those of computer science. The department builds on the existing game design and computer science programs, as well as on the work of faculty members, research groups and graduate students who, over the last decade, have explored the computational processes of digital media and new forms of storytelling, playable media, participatory fiction and interactive narrative. While the new department is certainly not a film program, nor is it devoted only to storytelling, the work it seeks to undertake will most certainly have an impact on how we understand narrative in the future as it becomes increasingly computational.

The new department’s chair is Michael Mateas, an associate professor of computer science as well as director of the Center for Games and Playable Media and the person currently responsible for the school’s Expressive Intelligence Studio, dedicated to exploring the role of artificial intelligence in art and design. In 2005, Mateas, in collaboration with Andrew Stern, created the bold, award-winning game Façade, an interactive story celebrated for its attempt to unite narrative drama with natural language processing. The game invites participants to engage with a couple in the midst of an argument; a decade after its launch, it remains as compelling as ever.

Noah Wardrip-Fruin is another key participant in the new department. Like Mateas, he is interested in the intersection of computer science and the humanities. Wardrip-Fruin has helped shape the evolving field of new media studies through the publication of several edited essay collections, including The New Media Reader, co-edited with Nick Montfort, and three other key books co-edited with Pat Harrigan: First Person: New Media as Story, Performance, and Game; Second Person: Role-Playing and Story in Games and Playable Media; and Third Person: Authoring and Exploring Vast Narratives. However, Wardrip-Fruin’s book, Expressive Processing, may be the most useful in helping understand the goals of the new department. In the book, he considers the possibilities computers open up for storytelling, arguing there is a form of creative and authorial expression in creating computational parameters for a story. He dubs this activity “expressive processing,” which is essentially the act of defining the rules for system behavior. “It is common to think of the work of authoring, the work of creating media, as the work of writing text, composing images, arranging sound and so on,” he writes in the book’s introduction. “But now one must think of authoring new processes as an important element of media creation.”

Claims in support of procedural literacy and expressive processing may seem tangential to filmmaking, not to mention everyday life, but Mateas and Wardrip-Fruin would disagree. Mateas has argued elegantly for new media theorists and practitioners to engage in what he calls “procedural literacy.” He writes, “By procedural literacy, I mean the ability to read and write processes, to engage procedural representation and aesthetics, to understand the interplay between the culturally embedded practices of human meaning-making and technically mediated processes.”

Wardrip-Fruin concurs, arguing that understanding procedurality is key to understanding contemporary culture. “Coming to understand fictional worlds as systems, and exploring their potential through play, is also a powerful means of coming to understand our evolving society, in which (often hidden) software models structure much of how we live now,” he says. This is an argument made by some about filmmakers as well, who can see the benefits of understanding narrative structure as a kind of system.

According to Wardrip-Fruin, one of the benefits of the new department is that it creates a home for students interested in exploring many different facets of the future of storytelling in one place rather than trying to cobble together an education across multiple departments that do not interact with each other. “It used to be that if you wanted to analyze storytelling you’d be in one department; if you were a storyteller, you’d be in another department; and if you wanted to create tools for storytelling, you would be in yet a different department. And even if you wanted to do two of these things together, you could really only focus on one.” The new department obviates this scattered approach, uniting theorists, storytellers, designers and computer scientists in one place.

Wardrip-Fruin points to the work of several UCSC graduate students whose interests across these disparate areas helped make the argument for a new department. For example, Aaron Reed and Jacob Garbe are working on a project called Ice-Bound: A Novel of Reconfiguration, which combines an iPad experience with a physical, 80-page book. In their words, this pioneers a new kind of interactive narrative that’s not about branching pathways — a traditional interactive fiction format — but about “exploring the narrative possibility space.” Reed has begun calling this form “sculptural fiction” in order to underscore the participant’s role in shaping the story. In an interview on the Indie Games blog, Reed explains, “This is interesting to me because it pushes the player away from being an ‘actor’ within a story, to something more like a ‘director’ or ‘editor.’ I’ve always wanted my players to feel like they’re collaborating with me in telling a story, and sculptural fiction is a move closer towards that ideal.”

Other UCSC students working in this area include Stacey Mason, interested in interactive narrative forms and their relationship to games, and Deirdra “Squinky” Kiai, who combines writing, programming, music and visual art to create projects exploring gender identity and social awkwardness.

Wardrip-Fruin reports that the new program will have a significantly revised bachelor of science degree in computer game design, as well as the master of science degree in games and playable media. They are in the process of proposing a new bachelor of arts program as well, with the goal of having the two groups of undergraduate students collaborate with each other for all four years of their UCSC experience. A doctorate program is sure to follow, and with it, another generation of hybrid storytellers working at the intersection of narrative and computation.