Has Rode Solved the Curse of Wireless Mics? 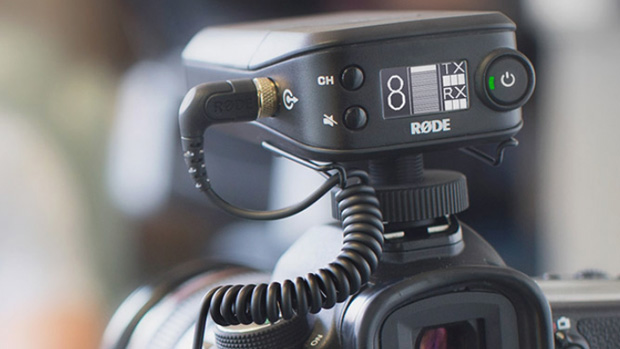 I’ve been using wireless microphones for years. Even if you’re doing an interview with someone ten feet away from the camera, it’s just so much easier to use a wireless mic than have to deal with cables running everywhere. But one of the dirty secrets of wireless mics has been that they have been using open spectrum which wasn’t officially designated for that purpose.

Fifteen years ago, when I bought my first wireless system, it was a Sony unit operating in the 700 MHz spectrum. Then in 2007, with the transition to digital television, the FCC went and reorganized the broadcast spectrum and allocated the 700 MHz band for public safety use. This meant you couldn’t use the 700 MHz spectrum for wireless microphones after June 2010.

Most moved to the 600 MHz band, which is where my replacement unit, a Sony UTX-B2, hangs out. Now the FCC is poised to reshuffle the spectrum and force me to do it all over again. They are planning to auction off the 600 MHz band in 2016. Because of this manufacturers and users are looking to replace things all over again.

When it comes to audio quality, Røde says that their system transmits a 24 bit/44.1 kHz signal. But when evaluating wireless mics there are many features to consider beyond the quality of the audio signal being sent. Resistance to interference, transmission range, and battery life are just as important — maybe more — with dependability and durability being next on the list. 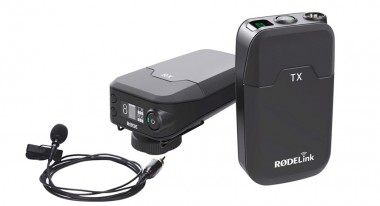 I’d also add ease of use, though the reality has been that none of the small wireless systems are particularly easy to set up and reconfigure because they have small LCDs making menu systems abbreviated and often difficult to use.

Having said that, if the Røde lives up to the claims, it could be a very good choice. Røde claims a range of 100 meters; the system uses two encrypted channels and automatically selects the strongest one, and the setup and configuration seems simple and straightforward. Røde claims 10 hours of operation on two AA batteries, and both units can be powered externally via micro USB plugs (though plugging in wireless mics to operate them seems counter to the idea of wireless mics!)

The system comes with a beltpack transmitter, a beltpack/camera mount receiver, and a lavalier microphone. There’s three-stage gain of 0 -10 – 20 dB, and some nice user features such as a mute lock on the transmitter and a mute override on the receiver that overrides the transmitter mute.

One really nice feature is that the battery status for both units is displayed on the receiver. This makes incredible sense, since the talent is never going to check their battery levels, particularly while the production is underway, so why even have the display on the transmitter pack?

At $399 the RødeLink Wireless Filmmaker Kit is $200 cheaper than the units from Sony and Sennheiser that I’ve been considering. Though I’m interested in this mic because of the price, the promise of a device that I won’t have to worry about replacing again in another five years is particularly attractive. The unit is expected to ship in March and I’m looking forward to hear how well it performs in the real world.