“There is Good Fear and Bad Fear”: The Hallow | Director Corin Hardy 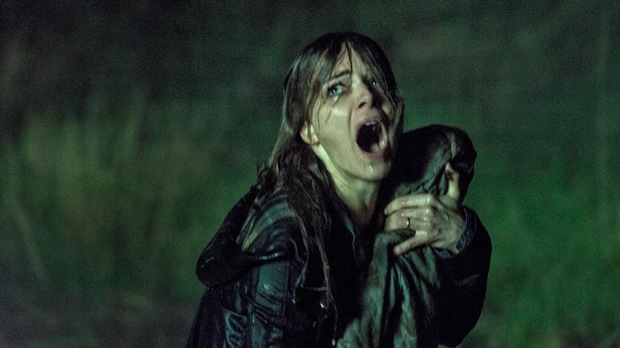 Fear presented itself in so many guises throughout the making of my film, to me and I’m sure to everyone on the crew — mainly, I believe, as a result of pressure and communication and miscommunication. I guess I realised that to help everyone, myself included, to conquer “the fear” and instead concentrate on doing the best, most efficient work (and hopefully enjoy it along the way), I had to find a way to communicate with everyone as clearly and decently as possible and try and eradicate any doubt and feelings that can lead quite quickly to time consuming complications, bad attitudes and ultimately bad work being done (thus giving me the fear). Getting the best out of people was incredibly important on a low budget independent film like this.

It was a small production and we were in a faraway place together in the West of Ireland, so once we established a kind of rhythm throughout the shoot, I tried to keep everyone up to date with how I was feeling about the film and that mainly I believed that we were making something they would all be proud of, and in this way I think everyone could feel a part of the film in a way that transcended the limitations of their jobs and hopefully feel less scared, more connected and want to make something great. (And when I really needed them to work longer days, I believe this also helped them commit, and nobody ever complained).

I think there is good fear and bad fear. Bad fear can be crippling; living in fear of failure under the crushing time pressure, or being so frightened that you don’t actually take any risks, but I find that good fear can be inspiring, risky & a driving, adrenalin-filled force of nature where you embrace the potential to f**k it up and actually maybe you do make mistakes and from those mistakes you get something rough edged and wonderful that you couldn’t perfectly predict or control. I live for those moments and they become my favourite in the movie. So long as you keep making decisions and have that end goal firmly in place all along.

There were many times when I confronted fear throughout the course of preproduction (fear that the money wouldn’t reach the amount we needed & the movie wouldn’t even get made), and production (taking on things I had less experience with and had to become a fast learner, working with unpredictabilities, overcoming endless daily compromises & having to cling to the belief in that end goal, despite fear that the movie might be becoming too compromised) and post-production (simply juggling all the post processes, grade, score, sound design & visual effects, under such a brutal deadline was a little heart-attack-inducing at times…) Ultimately it always came down to the same things; time, money and the limitations they both imposed. But I think, with the support of the right team, key crew, producers, I can work well within limitations and quickly determine a way to overcome them, to choose the best available route under the circumstances and therefore eradicate the fear, in myself & hopefully the others. Normally the decision made, through the process of dealing with the fear, creates the best possible outcome to go forward and I can concentrate on putting fear into the movie instead. It was a blast making The Hallow.