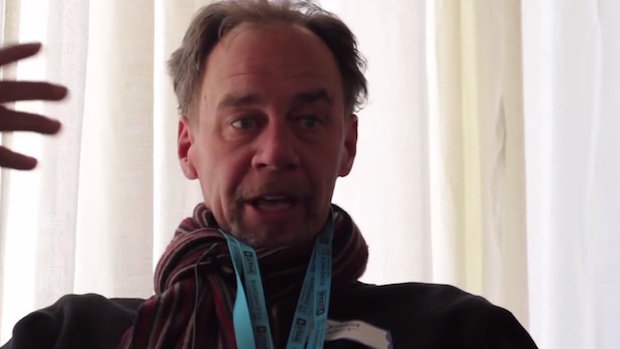 David Carr flew under my radar for a little while. I never read his book, The Night of the Gun, and my general disinterest in the Oscar Industrial Complex meant that I wasn’t a regular reader of his late aughts Carpetbagger column at The New York Times either. I had heard rumblings that there was a guy with an arresting voice and upright posture bringing an outsider (and from his basement) attitude to awards season coverage. Maybe I read a few of them, but it wasn’t until Carr sequed into his Media Equation column that he became essential to me. The outsider viewpoint was still there, and, I’ll admit, sometimes it rankled when the subject turned to filmmaking. (In a 2008 column, he was an early adopter of the “too many independent films argument” that is still bouncing around our ecosystem.) But his ability to simultaneously project himself as a Times-annointed expert as well as a regular guy just looking for a movie to watch on a Friday night gave his writing about film a deceptively powerful punch. He was impossible to ignore.

As his work on Media Equation went on, chronicling new forms of news and entertainment as well as the ways in which legacy media are being transformed by the confluence of the internet, venture capital and demographic change, his combination of restless inquisition and thoughtful reporting became flat-out inspirational. At a time when opinion is used to mask the writer’s refusal to simply do the work — to hunt down sources, interview them, cajole them, challenge them, fact check them — Carr stood out with a mixture of hard-nosed reporting, expert quote weaving and the odd piercing aphorism.

And on the front page of The New York Times! Is there another writer who has occupied that spot with such a mixture of authority and intimacy? In his newsletter today, Bob Lefsetz points out that Carr stuck with the Times when others jumped ship to make more money but oddly render themselves less relevant in the process. “He was one of the last stars at a paper that still doesn’t realize we live in a star economy, even in news,” Lefsetz writes.

Much of Carr’s authority came from his life story. He worked his way up from the alternative press and survived drug addiction. He had gone to dark places and returned with wisdom and wit enhanced. He understood the role storytelling plays in the creation of not just self image but actual worth, a vital recognition when covering the sometimes fictive world of new media. “The stories that we tell about ourselves are designed to sort of reveal a part of ourselves to the world,” he wrote on the website for his book. “It’s the part we want to show. What I learned from two years of reporting, investigation and writing is that you can’t know the whole truth. But if there is one, it lies in the space between people.”

I got to meet Carr briefly in 2011, when he sat down for an interview I did that was shot by Jamie Stuart. It was at Sundance, where he was supporting Andrew Rossi’s documentary on the Times, Page One. Carr’s star power was cemented by that picture, in which he appeared as the bullshit-detecting defender of Times-ian values, albeit one realistic about the Grey Lady’s challenges. His face down of VICE Magazine execs in that film was both legendary and viral. (“I don’t do corporate portraiture,” he quipped.)

Later that trip to Park City, I went with a friend to Carr’s Sundance party — a bunch of young filmmakers grabbing Buds out of his refrigerator. My interview with him is just a quick hit; he and Rossi had sat down on their junket day for only about five minutes. Towards the end our exchange he revisited that theme he’d follow throughout his Media Equation career, what he called the “digital in, digital out culture.” He spoke of the importance of Sundance “to curate the great heaving mass of film along with organizations like mine or Filmmaker or whomever…” That little aside, yoking our small project here with his at The New York Times was vintage Carr, a modest stratagm that had the function of bonding you as a reader, or listener, to him as a writer.

I spent last night reading reminiscences about Carr. My favorite is the most personal from Sasha Stone at Awards Daily. About his journalistic background there is this story of his first big scoop by Leon Nayfakh at Slate. A.O. Scott, who collaborated with Carr on the Sweet Spot videos, remembers him here:

“What else?” was the question that would punctuate every conversation with him. What were you working on? What did you think of this or that political event, show-business caper or piece of office gossip? How was your family? What were you thinking? This was sincere, friendly curiosity, the expression of a naturally gregarious temperament. But it was also the operation of a tireless journalistic instinct. David was always hungry for stories. He was a collector of personalities and anecdotes, a shrewd and compassionate judge of character. A warrior for the truth.

And what was it like to be one of Carr’s subjects? Read Dave Weigel’s reminiscences.

But you can always listen to the man himself. Just hours before he suddenly died in The New York Times newsroom he interviewed Laura Poitras, Glenn Greenwald and Edward Snowden about surveillance and Poitras’s film Citizenfour.

And here is the characteristically direct and sagacious commencement speech to the journalism students at UC Berkeley in 2014.