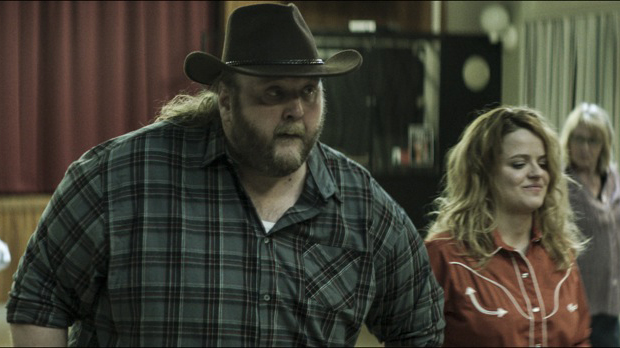 by Filmmaker Staff
in Festivals & Events, Filmmaking
on Apr 23, 2015

Below are the winners of this year’s Tribeca Film Festival. Note that the narrative awards were split evenly between Virgin Mountain and Bridgend, with three apiece.

The jurors for the 2015 World Narrative Competition sponsored by AKA, were Paul Attanasio, Sophie Barthes, Whoopi Goldberg, Dylan McDermott, and Burr Steers.

Jury Comment: “With its mixture of humor and pathos, this film captured our hearts. Beyond the deceptively small frame of a mismatched love story, the film deals with the issues of bigotry, loneliness, bullying, mental illness, and ultimately the triumph of the human spirit and the meaning of love.”

● Best Actor in a Narrative Feature Film – Gunnar Jónsson as Fúsi in Virgin Mountain (Iceland, Denmark). Winner receives $2,500 sponsored by Citrin Cooperman. The award was given by Dylan McDermott and Arnie Hermann, lead partner, Entertainment Practice of the firmCitrin Cooperman.

Jury Comment: “The film was aided in no small measure by a performer whose mixture of comedy and sadness evokes Chaplin and Keaton, with a complete lack of tricks, pretense, or condescension. This performer relies instead on subtlety, timing, and naked honesty, creating an indelible portrait of a man fighting to be seen in a world that judges him by his appearance.

● Best Actress in a Narrative Feature Film – Hannah Murray as Sara in Bridgend (Denmark). Winner receives $2,500 sponsored by Citrin Cooperman. The award was given by Sophie Barthes and Pat Cummings, Co-Managing Partner of the firm Citrin Cooperman.

Jury Comment: “An actress who captured the hopelessness of a lost generation. With bravery and guilelessness, this young actress led us in a descent into a world gone mad, as well as a journey into the protagonist’s own inner darkness.”

Jury Comment: “Soulful and searing images, a daring use of composition and light, and an evocative sense of place.

Jury Comment: “The writer of this film is also the director, and is credited as one of the editors, and also performed the music, and runs the director’s program at the National Film School of Denmark, leading us to wonder when he has time to go to the bathroom. His intricately designed, beautifully observed, and bravely conceived screenplay consistently defies expectations, avoids sentimentality, and never strikes a false note.”

● Best Documentary Feature – Democrats, directed by Camilla Nielsson (Denmark). Winner receives $25,000, sponsored by Netflix, and the art award “Immersion (From the Holy River Series)” by Prune Nourry. The award was given by Gloria Steinem.

Jury Comments: “For its choice of an important, universal subject; for filming in conditions where simply to be present is a triumph; and for prioritizing dignity, courage, and our common struggle for humanity, we give this year’s Best Documentary Feature award to Camilla Nielsson for Democrats.”

Jury Comments: “This film viscerally transported us into an event and turned life into art. For subtly placing us behind the scenes; and for general technical excellence, this year’s award for Best Editing in a Documentary goes to editor Valerio Bonelli for Palio.”

●  Best New Narrative Director – Zachary Treitz director of Men Go To Battle (U.S.A). Winner receives $25,000 sponsored by The Walt Disney Studios, $50,000 in post-production services provided by Company 3, and the art award “Trees II” by Clifford Ross. The award was given by Don Hertzfeldt and Joana Vicente.

Jury Comments: “Zachary Treitz presented us with a combination of approaches not all that easy to put together: a unique and sincere vision, alongside off-beat humor, alongside historical and emotional authenticity.”

● Albert Maysles New Documentary Director Award – Ewan McNicol and Anna Sandilands for Uncertain (U.S.A). Winner receives $25,000 sponsored by Netflix, and the art award “Athena” by Elizabeth Colomba. The award was given by Alison Pill along with Philip Maysles and Sara Maysles.

Jury Comment: “This year we recognize a beautiful character study that explores violent natures, redemption, and what it takes to tame the self. A perfect balance of simplicity and mystery, this American story examines humanity, and how it can unwittingly destroy not just landscapes but livelihoods.”

Jury Comments: “This year’s winner for Best Narrative Short was emotionally compelling and by far the most affecting of the pieces we screened, with the filmmakers displaying a clear emotional connection with the narrative. To say that we had a healthy debate is an understatement.”

Jury Comments: “The winning film is a spiritual and inspiring story of personal courage and commitment. The filmmaking team takes us on a fearless journey that restores our faith in humanity and inspires viewers to be optimistic despite facing the most extreme challenges.”

Jury Comments: “An effective look at peer influence not peer pressure.  A creative explanation of what young people are experiencing as a result of social media threads and trends. Beautifully shot, and cast with a profound message that promotes individuality and vulnerability amongst the girls and parents, this year’s Student Visionary Award goes to Ninja Thyberg for her film Catwalk.”

● BOMBAY SAPPHIRE ® Storyscapes Award: Door Into the Dark created by Amy Rose and May Abdalla at Anagram (U.K.). Winner receives $10,000, presented by BOMBAY SAPPHIRE® Gin. The award was given by Andrew Golis, Shari Frilot, and Maria Dao, Brand Manager of House of Bombay Gin.

Jury Comments: “In an overwhelming media environment in which we struggle for control, we recognize a work that viscerally reconnects us with the value of letting go. It offers a meticulously crafted storyworld that allows us to cerebrally, emotionally, and quite literally leave our baggage behind and step into the void. In that void we become disoriented, take risks, make choices and find ourselves again, changed. Ambitious, simple, and profound, this work marks a fresh and promising direction for the field of immersive theater. It evoked a euphoria that stayed with us long after we left it.”

Jury Comments: “We are awarding a film that is exquisite in its broadness and its intimacy, with a truly original story that touches on gender identity and oppression in a way that members of this jury have rarely seen before. The film constantly surprised us and made us question our own positions through a confident, passionate, and beautifully nuanced vision that showed a real respect for the audience.”