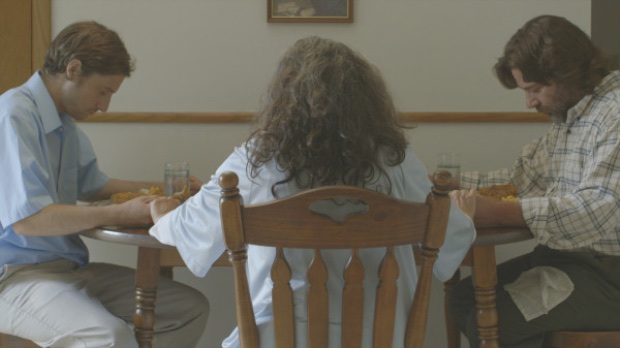 As the Eastern Oregon Film Festival runs this weekend in Le Grande, Oregon, the festival and filmmaker bring you another day of 24-hour online premieres. Below are Evamarie Shaller’s short, Die Wilder vom Montanon, and Brendan Colvin’s feature Sabbatical, starring Robert Longstreet as “a middle-aged Kierkegaard scholar.” Both are embedded below and are free to view for the next 24 hours only.

Synopsis
The Austrian mountains. Legend of itself. Powerful and wild. Dangerous and beautiful. She, the poacher woman, is part of this rich nature. She is the nature. And she has the power to kill. Myself. A free interpretation of the real story of the poacher woman of the Montafon.

Director Bio
Evamaria Shaller was educated in painting, photography, video, audio and film in Graz, Salzburg, Prague and Cologne. She co-founded the artist-run collective Raumfaltung. Her body of work consists of performances, films and installations. Schaller’s work has been exhibited and screened worlwide.

SABBATICAL (2014) from Tony Oswald on Vimeo.

Synopsis
Ben Hardin (Robert Longstreet), a middle-aged Kierkegaard scholar, returns home to care for his ill mother during his scheduled writing sabbatical. While home, faced with the remnants of a life he left behind, Ben’s relationships with estranged friends and family — his mother, his brother, his ex-lover, and his childhood friend — are tested, and he grows increasingly alienated. After opening old wounds and receiving new ones, Ben must confront his looming responsibilities and choose whether to engage or detach.

Director Bio
Originally from Kentucky, Brandon began plying his skills at filmmaking in high school by writing scripts and making shorts. At Western Kentucky University, he met Tony Oswald. When he moved to Madison, WI for graduate school, he met Aaron Granat. The three of them made FRAMES (2012), the first film from Moss Garden Productions. SABBATICAL is the group’s second collaboration. In addition to being a filmmaker, Brandon is a PhD student in film studies and a film production instructor at the University of Wisconsin-Madison.

For more info about the Online Selections visit the link.
+ Check out the rest of the EOFF lineup here.