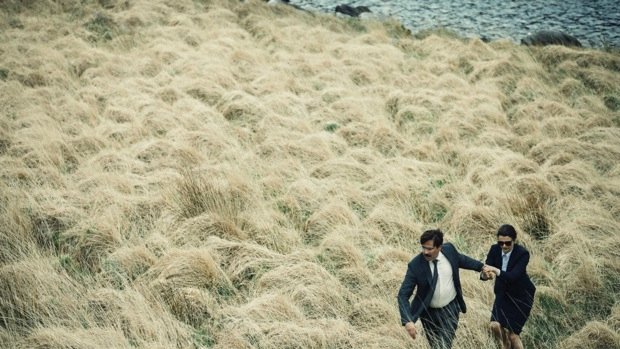 Could it be, six features deep at the most exalted film festival in the world, that this writer’s favorite film isn’t some scrappy Critics’ Week indie or an ennui-driven Eastern European drama of profound sociopolitical relevance — but rather, the $150-million studio juggernaut Mad Max: Fury Road? Nothing new needs to be said about the most inventive, thrilling, lyrical action flick in ages (considering it’s now opened worldwide) except that it’s radically more feminist than Emmanuelle Bercot’s Standing Tall. Cannes’ first opening night selection to be directed by a woman in nearly three decades, Bercot’s juvenile justice-system drama — a clumsy, histrionic back-patter about well-intentioned bureaucrats trying to save a distressingly unruly youth from himself — features an underwritten love interest (“tomboy”) who fails the Bechdel test long before she’s pulled off an abortion operating table by her male lover.

There’s more mad maximalism to pop out your eyes in Italian filmmaker Matteo Garrone’s macabre fantasy triptych Tale of Tales, inspired by the Grimm-like fairytales of 17th-century Neapolitan poet Giambattista Basile. Evoking a hodgepodge of visually lavish costume-and-effects spectacles — Pan’s Labyrinth, The Cell, The Princess Bride, the oeuvres of Terry Gilliam and Alejandro Jodorowsky, maybe even Krull — Garrone’s first English-language production stars Salma Hayek as a childless queen whose devoted royal husband (John C. Reilly) is willing to follow a druid’s advice for instant pregnancy: kill a sea serpent, have a virgin boil its heart, devour cinematically. In a neighboring kingdom, debauched ruler Vincent Cassel lusts after what he believes to be a young woman (Shirley Henderson, only recognizable by her voice under old-hag prosthetics), who undergoes a magical transformation, much to her jealous sister’s chagrin. Best of all, King (and MVP winner) Toby Jones obsesses over a blood-loving pet flea, growing it to the size of a sheep before — in a reluctant cause-and-effect — handing his princess daughter over to a terrifying mountain ogre.

It’s a major departure from Garrone’s previous works of naturalism (similar only in its multi-thread, cross-cutting structure to Gomorrah, or the love-for-Fellini carnival vibe of Reality), one that plays like popcorn escapism for the arthouse crowds. What’s missing, however, is a moral or allegorical heft to the story strands, which aren’t edited to speak to one another aesthetically or thematically, each wrapping up with EC Horror-lite punchlines of fleshy grotesquerie. It’s all luridly entertaining, but has as much on its mind as a shiny new Marvel Universe cash grab.

Also making his bizarro English-language debut is Greek auteur Yorgos Lanthimos (Dogtooth, Alps), whose wickedly laugh-out-loud, quasi-dystopian satire The Lobster sends up the absurdity and sadness of modern dating rituals, and grimly reinforces that myopic fundamentalism exists in the most contradictory of ideologies. In a tidily designed, oddball Orwellian society that punishes single people, freshly divorced every-schlump David (Colin Farrell, mustachioed and vulnerably normcore) checks into a bland hotel with sinister rules: hook up with your future mate in 45 days or less, or you’ll be transformed into the animal of your choice and released in the wild. Like the conditioned teenagers of Dogtooth, everyone in this world speaks in a stilted, autistic manner (after seemingly found true love, a woman deadpans in bed: “Do you mind if we fuck in the position where I can see your face?”) and never questions their fate for fear of nutty consequences; being caught masturbating will get your hand put in a toaster, and don’t ask what “red intercourse” means. People are distinguished only by broad traits (Ben Whishaw limps, Jessica Barden gets nosebleeds, Aggeliki Papoulia is heartless, and John C. Reilly turns up again with a lisp) seeking same, but there’s an oppressiveness to finding one’s companion that doesn’t seem much better than becoming a dog, parrot, or camel.

Lanthimos has built a rich, idea-filled world that’s not just weird for weirdness’ sake, but an evocative Buñuelian idiocracy where nuance has been eradicated (Farrell’s character isn’t allowed to claim he’s bisexual or have half-sizes of shoes) and intimacy is a chaotic institution. In the film’s back half, the world expands as single militants hiding in the woods are introduced, including Léa Seydoux and Rachel Weisz, and the stakes become both tragically clear and emotionally warmer. Charlie Kaufman or Spike Jonze couldn’t have written a more exquisite dark comedy in the age of Tinder; its tense mythmaking is both singularly surreal and ironically representative of How We Mate Today.