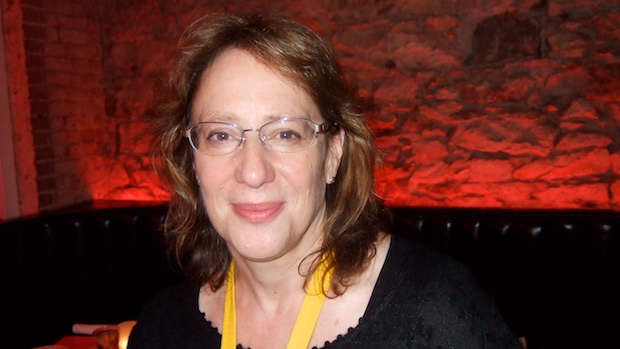 As Head of SXSW Film Janet Pierson relates below, her Austin-based festival has, for several years, showcased the work of television creators alongside works by feature filmmakers. For SXSW, throwing television into the mix is not so unnatural — the festival is a sprawling behemoth with not only music and film but interactive, gaming and sports. But other festivals, like Tribeca and Toronto, have jumped into the mix too, and some critics — like producer Mike Ryan in a recent Filmmaker article — have been calling for film festivals to focus on cinema and forgo small-screen work that is hardly without its advocates in today’s culture.

Pierson joins several others at the IFP Screen Forward conference today to discuss this debate. Prior to this afternoon’s panel, we asked Pierson five questions about the relationship of her festival to television — and then some other questions about SXSW Film in general.

Filmmaker: What is the relationship, if any, of SXSW Film to television programs and the television industry?

Pierson: When I joined SXSW Film in 2008 for the 2009 Festival I was already thinking about how to include television/cable series content into the SXSW Film program because there was so much really wonderful, high-quality work being shown, like of course, the gold standard, The Wire. This was the work that my friends and colleagues were watching, and excitedly talking about. It took a little while to work out the logistics, but it all came together beautifully when we were able to premiere the first three episodes of Lena Dunham’s HBO series Girls in 2012. The next year, after that success, a lot of television properties came to us for possible premieres, and we had to think about what our criteria would be for selection. What “television” content would make sense at our particular film festival? We decided to premiere the Bates Motel series along with an extended Q&A with the creators. The following year, in 2014, we knew that if the quality was there, it was time to create a dedicated section. And the quality was there in force! We chose six series to premiere: Silicon Valley, Penny Dreadful, From Dusk till Dawn: The Series, Halt and Catch Fire, Deadbeat and Cosmos. Since the content in the new section was not restricted to traditional broadcast television or cable networks, we named the section, Episodics.

Filmmaker: Mike Ryan’s recent article for Filmmaker posited a “cinema aesthetic” that was fundamentally different than a television one, even as he decried too many independent films as looking and feeling like television. Are distinctions like these things you think about when you program? Or does each work define its own aesthetic?

Pierson: I loved reading Mike’s article even though I don’t agree with all his points or see it from the same POV. But it’s a great conversation to be having, and one I’m sure we’ll be continuing in our Convergence Conference track, The Future of Entertainment, (formerly known as Future of TV) at SXSW Film, Interactive and Music.

At the SXSW Film Festival, we show a lot of different work and think about it intentionally from many different lenses. “Cinematic” is one of the criteria lenses, but not the only one. Sometimes the subject trumps the style. Or emerging talent is more important than the final execution. I repeat, we use a lot of different criteria. So while we embrace presenting some work told in episodic form, we very well might reject other work for not being cinematic enough. There’s a lot of nuance. And maybe your last question hits the nail on the head, each work does define its own aesthetic.

Filmmaker: More broadly, a number of SXSW premiering films — from Veronica Mars to, recently, Six Years — have been released using different funding methods and different windows than films released, say, five years ago. For the kind of film that premieres at SXSW, how is the business environment changing?

Pierson: The business environment for independent films has been changing for years! I can’t possibly answer that succinctly other than to acknowledge how much more filmmakers have to be conscious and hands on in building their outreach from the very beginning of the process, and remaining hands on all the way through. The days of making a film and hoping a distributor will come in to connect it to the audience are mostly over except for a very very few.

We applaud filmmakers exploring and innovating to discover the best way to find audiences for their work. And we’re always pleased to hear of the surprising and productive meetups that come from filmmakers connecting with new possibilities via some of our 250 Film Conference sessions over the nine days of the festival, or within SXSW Interactive, especially in this year’s Convergence programming, which includes many more sessions available to more than one badge type.

Filmmaker: SXSW ’15 seemed like a great edition to me, with your Grand Prize Winner Krisha being simply one of the best movies of the year. To what do you credit last year’s generally strong line-up, and how do you think the programming will evolve in the future?

Pierson: Thanks for the kind praise! I’ve been feeling incredibly proud of the work we’ve presented consistently for the last seven years. There have been so many exciting discoveries! Krisha is particularly wonderful because it was first programmed as a short in our shorts program by Claudette Godfrey. From that experience, the filmmaker was inspired to turn it into a feature where, yes, it blew us all away. What makes it particularly exciting is its simplicity. Trey took a story that so many filmmakers have tried to tell, that more often than not, turned out to be banal and formulaic. He made something immediately compelling.

To what do I credit last year’s strong line up of more than 200 films? Well it starts with the filmmakers who submit to us! We’re not making the films. We’re just in the privileged position of being able to choose work that interests us from a huge pile of submissions. Every year there’s more and more work we’re interested in, although I believe that truly exceptional talent is still rare. We have so many kinds of films we’re interested in. It’s quite a challenge to weed it down.

We have an extremely small staff programming team assisted by a larger group of trusted associates who help us weed through the ever increasing submissions. The senior team is quite aligned in our collective tastes, and even when we disagree, it’s interesting.

Filmmaker: What can you tell us about SXSW ’16 in terms of the festival’s organization and venues? What changes, if any, are in the works, and what are the biggest challenges the festival faces each year?

Pierson: As I mentioned, there’s a greater move to more Convergence within SXSW overall so this year not only are the SXsports-designated films open to other badge types (Interactive and Music) but so are those designated as SxStyle, Sxbites and perhaps others to be announced later. The venue footprint looks to be the same but tweaks might appear before the event. We do know that the The Vimeo theatre in the Austin Convention Center is moving closer to the Red River/Ceasar Chavez entrance, with a bit of an intimate re-design.

The biggest challenge is managing the growth of the overall event and overall noise. We want to embrace the unique opportunities that come from the crossover with IA and Music, while also fostering the film specific nature of the film festival and conference. We know that the community found and nurtured at SXSW Film is one of it’s strongest elements. It’s great when filmmakers, industry and press find each other and immerse, but we also know there’s no other event in the world that creates unexpected encounters at the epicenter of music, technology and entertainment, and that’s also a great thing.