In the Sun by the Sea: The San Sebastian Film Festival 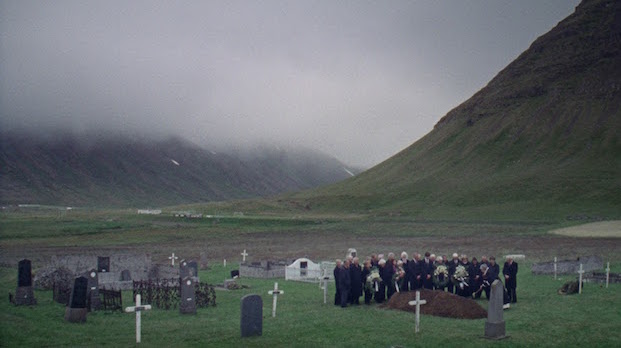 With the late summer and autumn film festival calendar almost an embarrassment of riches — from the traditional splendor of Venice to the ever-expanding line-up in Toronto — filmmakers can be faced with a tricky choice of where to go. They will find plenty of reasons to pick Spain’s San Sebastian, which often screens films in a quick turnaround after their premieres in Toronto helping to consolidate their appeal, and offers a wealth of cash awards, including a €50,000 ($56,000)  purse for the New Directors winner, a €35,000 ($39,000) prize for a Latin-American film in the Horizontes Latinos strand and the €50,000 ($56,000) Audience Award. Filmmakers are also no doubt drawn by the beautiful beaches and bays on which the city sits — this year almost permanently bathed in sunshine — and the equally warm crowds, who happily clap along to the animated festival introduction before each film and can often be spotted enjoying very civilised glasses of wine with pintxos as they queue for films in the streets of the city’s old town.

Rúnar Rúnarsson’s Sparrows certainly benefited from the Toronto/San Sebastian double exposure, taking home the Golden Shell. The competition may not have had a single, knock-it-out-of-the-park film, but the strength in depth of the line-up is shown by the number of movies which took home prizes, with Lucile Hadzihalilovic’s stylish if narratively opaque Evolution winning the Special Jury Prize and Best Cinematography (for Manu Dacosse) and Joachim Lafosse receiving the best director Silver Shell for his NGO drama White Knights. The Screenplay accolade, meanwhile, went to Arnaud and Jean-Marie Larrieu for their genre-bending exploration of sexual rediscovery 21 Nights with Pattie.

Sparrows was a solid choice for the top prize, drawing and expanding on the themes of Rúnarsson’s short film 2 Birds, even casting the same actor, Atli Oskar Fjalarsson, in the lead role. It’s a tale of children growing up and their parents’ failures, which shows signs of the director’s maturing world view — although the inclusion of one graphic scene (that was also in the short) feels unnecessary in a film that is otherwise impressively restrained. Fjalarsson plays Ari, a teenager sent by his mom to live with his father far away from the bright lights of Reykjavik. Shot in the height of summer, the landscape is permanently lit, even at night, and it’s here that Ari tries to fit back in. Since he left, his dad has lost his house through drinking — a problem we soon become aware is far from being in the past. Rúnarsson is observant and captures the posturing of teenage boys particularly well, all the time showing how a lack of parental support — or even old-fashioned good example — can lead to crisis for a youngster.

The fact that this is only Rúnarsson’s second feature goes to show how San Sebastian, under the directorship of José Luis Rebordinos, continues to look to the future and new voices.  Among them, Scottish-based Ben Sharrock is a name to look out for, and the director’s decision to make his first feature, Pikadero, in the Basque language pays off well. The title refers to public places uses for sexual shenanigans and his story — which had its world premiere in Spain — is a sweet, will-they-won’t-they style romantic comedy. Two twentysomethings whose life choices are restricted by the European economic crisis try desperately, and often hilariously, to get some time alone. Sharrock shows strong control of both colour scheme and camera while keeping the comedy moving.

There’s comedy and plenty to think about, too, in Federico Veiroj’s third feature The Apostate, a wry character study of a man faced with a wall of bureaucracy as he tries to extract himself from the Catholic Church at the same time as facing his own existential demons. The winner of a Special Mention from the main jury and the international critics’ FIPRESCI prize, it is much funnier than the title might suggest. It features a great debut performance from Álvaro Ogalla, loosely riffing on his own life; there’s also a slyly impressive nod to Luis Buñuel, and Veiroj retains a lightness of touch and a warmth that draws you to his hapless hero.

The Spanish/Uruguayan/French co-production is one of many titles with Latin American ties at the festival, which has sought to strengthen its links to the region with the introduction of a Spanish Cooperation Award, which was given to “the producer of the Ibero-American film making the best contribution to human development, the eradication of poverty and the full exercise of human rights” and holds a €15,000 ($16,800) prize. The award also shows the increasing festival shift away from straightforward accolades for the craft of filmmaking towards those which celebrate certain themes, from the Alfred P. Sloan award at Sundance for movies with a scientific leaning to LGBTI accolades such as Cannes’ Queer Palm and San Sebastian’s Sebastiane Latino. Given the current focus on human rights as a result of the waves of refugee migration from Syria, Libya and elsewhere, the new award seems particularly timely.

Cooperacion Espanola director of communication Rubén López Pulido agrees. “It is indeed pertinent as the fight for a better world is always pertinent,” There are invisible problems to the general public (the crisis of the refugees has been ongoing for a long time, but not only that: full human rights for minorities, water and sanitation, child mortality, etc.) that we can put under the spotlight.” The spotlight is likely to be on San Sebastian more than ever next year as the city shares the honour of being the European Capital of Culture with Poland’s Wroclaw — it certainly seems more than ready for the challenge.