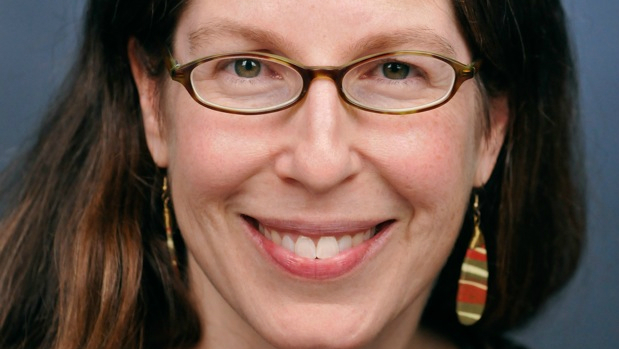 Besides providing much-needed visibility and prestige, film festivals are also marketplaces and training venues, in which first- or second-time filmmakers can gain valuable entrepreneurial guidance. This is of particular importance considering that a film’s heaviest production costs are incurred after it has been shot. Indeed, while shooting a film has arguably never been cheaper or easier, filmmakers still face numerous obstacles when it comes to actually getting their work viewed. Editing, color-correction, subtitling, grading and mixing — but also pitching, marketing, selling: these form the practical difference between a film acquiring some kind of shelf life and disappearing before it has even been shown.

Such observations were the starting point for a short lecture presented at this year’s Trinidad and Tobago Film Festival by film scholar Tamara Falicov, of the University of Kansas. Falicov’s main focus was the increasingly viable funding opportunities open to filmmakers in the global south — Africa, Latin and Central America, the Caribbean, East Asia and the Middle East — and how many of these are obtained through competitive schemes established by film festivals in Europe.

While such schemes have undeniably helped to advance filmmakers from the global south onto international distribution platforms, however, Falicov is wary of the complex artistic-industrial relationships that such festivals are cultivating. Her starting point is to ask why the investments are being made. The quid pro quo of these awards, which are often decided through a juried competition, is that the festival in question provides financial assistance and industrial expertise to a film — perhaps in its latter stages and in need of final funding — before hosting its premiere, and promoting the film as its own discovery.

As a case study, Falicov draws upon a competitive prize at the San Sebastian Film Festival, where six Latin American works-in-progress are judged by owners of post-production professionals mainly based in Madrid. “What they were going to get in return for funding the film was the [distribution] rights in Spain,” Falicov notes. “There’s a commercial interest here. These guys — and gals, but mainly men — were thinking, ‘Okay, what movie will have this sort of transnational arthouse aesthetic’? What is it that’s going to be global and local at the same time? What will work for multiple audiences and markets?”

Falicov admits that a transnational arthouse aesthetic is a vague term. She outlines some points to aid her definition: “It must be a narrative that is universally understood, and when we say universal we mean western, but yet the global must overlap with the local. It can’t be too global because if that were the case that’s too homogeneous, too formulaic, you may as well go see an industry film in California. But on the other hand it cannot be too local or unrecognizable. People might not get the interstices of the local politics or humor.”

Festival programmers, those responsible for curating and promoting such films to an international audience, do so by assessing how balanced this global-local dialectic is. In essence, the yardstick is how sellable it is, how marketable. To many filmmakers, of course, none of this will be news. Regardless, one underlying concern here is how “economics shape culture,” as Falicov puts it. More specifically, it’s how such schemes might be interpreted as a resurgent form of neocolonialism, where industry experts from the global north advise filmmakers from the global south in ways by which “the local” gets subsumed into “the universal.” Most commonly, “global south filmmakers have to write storylines about marginalization” for the benefit of international viewers.

Looking closer at the selection criteria of such schemes might give a better indication of how commercial interests shape artistic trends. The guiding principles of Rotterdam’s Hubert Bals Fund, for example, include a project’s nationality and cultural authenticity, artistic quality (whatever that might mean), and the extent to which it might strengthen the local film climate. As is typical of such schemes, the HBF receives a portion of its own funding from the Dutch government, as a form of international aid.

What concerns Falicov is that such “international aid,” which often results in a co-production between the developing and the advanced nations, might be re-coding national cinemas in the favor of universal, reductive narrative content. Here, one need only look at the proliferation of anomalous, incongruous archetypal characters such as, say, the Spanish priest or the Spanish anarchist (to use Falicov’s examples), neither of which has much bearing on the story, which appear in Latin American productions co-financed with investment from Madrid.

This is an explicit strategy of universalizing art. As Falicov says, “If you look at script-to-screen dynamics, you will find multiple examples of how filmmakers, whether they’re global south or not, have to conform to the economic constraints that they’re faced with.” It’s not difficult to see how this helps reinforce clichéd storytelling motifs across a wide spectrum of independent films and national cinemas.

It’s a delicate matter demanding a constant negotiational framework. Needless to say, the Hubert Bals Fund and its overseas equivalents provide vital backbones for the development of far-flung film industries, both culturally and infrastructurally. Funding and production schemes such as those discussed here aren’t wholly corrupting. As Falicov notes, “These film funds are essential. Many times, they help films to transcend the marketplace. They are willing to take risks. There can be new ways of reconceptualising the dynamic between filmmaker and funder.

“One thing that can happen,” Falicov continues, “is that Latin American countries can start funding within the region, and so [they] don’t have to go to Europe all the time. And this is actually happening. Colombia and Venezuela are stepping up to the plate.” Extending from this is a call for a more open analysis of the north-south funding dynamic, to promote its strengths while also working to “encourage current and future training programs to restructure the process, to help foster more collaboration and interchange rather than a grandfatherly role of the older, more established, [global north] mentors and experts, and the supposedly ‘inexperienced and underdeveloped’ new generation from the south.”

Positively, things are already changing in this regard, ushering in more horizontal alternatives. One such example of a new, working model of collaboration is 3 Puertos Cine. Born out of an alliance between Valdivia Film Festival’s AustraLAB in Chile, the Buenos Aires Lab and Rotterdam Film Festival’s Cinemart, 3 Puertos Cine tailors its guidance to each project selected for investment according to the filmmaker’s individual needs, rather than some kind of top-down, broad mentorship plan based on the scheme’s own presumptions.

Falicov quotes the scheme with optimism: “We’re doing it the other way around. Asking filmmakers what is missing — from their training model, for example.” At a time when artistic needs couldn’t be more diverse, these more horizontal, participatory collaboration and co-production models represent a welcome shift in opportunities for independent filmmakers in the global south. These can hopefully encourage other, more established initiatives to provide a more dynamic exchange, enhancing the range and ultimate authenticity of local filmmaking practices in the Caribbean, Latin America, Africa, East Asia and beyond.