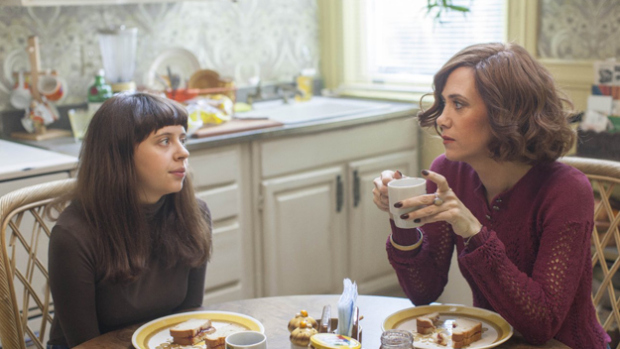 Diary of a Teenage Girl

For its 25th anniversary year, the IFP Gotham Independent Film Awards served up an eclectic mix of nominees from films all over the budgetary and aesthetic map. The best picture nominees include two films budgeted well under $1 million — with one of them shot on an iPhone — and are split between titles consisting of star-driven casts and casts comprised of total newcomers. The Best Feature nominees announced today are Todd Haynes’s Carol; Marielle Heller’s The Diary of a Teenage Girl; Josh and Benny Safdie’s Heaven Knows What; Tom McCarthy’s Spotlight; and Sean Baker’s Tangerine. Heller’s film, in addition, was the most notable today, scoring four nominations. In addition to Best Feature it received nominations for the Bingham Ray Breakthrough Director Award as well as Best Screenplay for Heller; and Best Actress for Bel Powley.

In addition to Best Feature, McCarthy’s Spotlight was cited by the Acting nominating committees for a special award to be given to its ensemble cast: Mark Ruffalo, Michael Keaton, Rachel McAdams, Liev Schreiber, John Slattery, Stanley Tucci and Brian D’Arcy James.

Joana Vicente, Executive Director of IFP — which is Filmmaker‘s parent organization, and the Made in New York Media Center said in a statement, “We congratulate this year’s nominated independent storytellers, who represent a richly diverse range of cinematic achievements that are bold, risk-taking, and beautifully crafted.”

From the press release, the full list of nominees and jury members:

Twenty writers, critics and programmers participated in the nomination process. The Nominating Committees for the 2015 IFP Gotham Independent Film Awards were:

Spotlight on Women Directors ‘Live the Dream’ Grant
For the sixth consecutive year, IFP is proud present the euphoria Calvin Klein Spotlight on Women Directors ‘Live the Dream’ grant, a $25,000 cash award for an alumna of IFP’s Independent Filmmaker Labs or IFP’s Screen Forward Lab. In 2015, Screen Forward Lab directors have been included in this opportunity for the first time. This grant aims to further the careers of emerging women directors by supporting the completion, distribution and audience engagement strategies of their first feature film or episodic series. The nominees are:

IFP members will determine the 7th Annual Gotham Independent Film Audience Award with nominees comprised of the 15 nominated films in the Best Feature, Best Documentary, and Bingham Ray Breakthrough Director Award categories. All IFP current, active members at the Individual Level and above will be eligible to vote.  Voting will take place online from November 18th at 12:01 AM EST and conclude on November 25th at 5:00 PM EST. In addition, IFP will be scheduling screenings of the nominated films for IFP members in the theater at the Made in NY Media Center by IFP in Brooklyn. These screenings will take place from November 4-11. The winner of the Audience Award will be announced at the Gotham Awards Ceremony on November 30, 2015.

Sponsors
The Premier Sponsors of the 25th Anniversary IFP Gotham Independent Film Awards are Royal Bank of Canada (RBC) and The New York Times, and the Platinum Sponsors are euphoria Calvin Klein and Greater Fort Lauderdale/Broward Office of Film, Music and Entertainment. The Official Water Sponsor is FIJI Water and the Official Wine Partner is Line 39 by O’Neill. Additionally, the awards will be promoted nationally in an eight-page special advertising section in The New York Times in November 2015.