The Plane and the Film: On Fears of Flying and Filmmaking 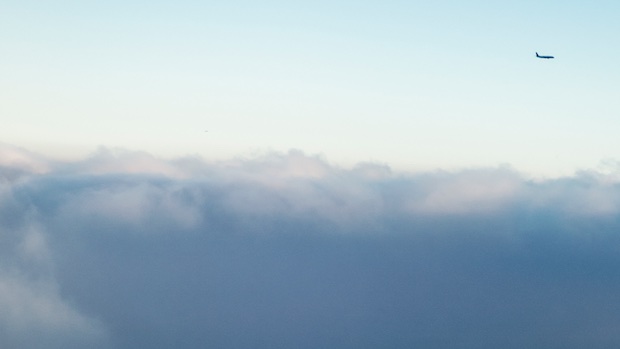 by Robert Machoian
in Filmmaking
on Nov 8, 2015

I believe there is a correlation between flying and filmmaking. Walter Murch makes reference to it in the documentary The Cutting Edge, but his coloration is different. He says that flight and cinema were invented in the same year, and then later he states that editing gave flight to cinema. While I agree with these correlations I think there is more, and it didn’t totally hit me until recently, as I shared with my students a documentary on Sally Mann and then a few days later boarded a plane to Copenhagen to attend CHP:DOX.

In the documentary, Mann discusses a fear that when she is finished with a photo project she will never make another one again. And there it was, this series of events colliding in my brain (if I was sitting with a therapist, they may have called this a real breakthrough).

As I sit in the airport lobby waiting to board a plane to Geneva to go to our screening at Festival Tous-Ecrans tonight, still high off the Q and A I had at CPH:DOX in Copenhagen, I sense a bit of nervousness. I then realize there is this fear that I have placed way back in my mind that the plane may go down, that this may be it, I will never see the ones I love again. Normally I hide this fear by talking with Rodrigo about the films we’ve seen at the festival, but this time he’s not here, this time I am alone. The statistics given online always tell you you have more of a risk of getting in a fatal car accident than you do a plane crash but it doesn’t matter, that fear is real, it exists. I think we all feel it as we board a plane, but we know not to talk about it because it could “jinx” us and make it real. And then the fault of the plane going down would be because we said something vocal about it. I know you know what I’m talking about. It’s just a matter of whether or not you’ll admit it. Probably not, because if you do, then you believe the next flight you take may go down, because you agreed with what I’m writing about! See!

That fear of dying on a plane, that fear of mentioning it and being “jinxed,” it is the same fear that exist in relationship to filmmaking. I am coming to the end of the festival run with God Bless the Child. By this time next month it’ll be over, and what is coming more to the forefront of my mind is this fear that this is it, I’ll never get to make another film again, I’ll never get to be with the thing I love so dearly. And now that fear is even more real, because I am mentioning it! Which means if I don’t ever make a film again, it’ll be because I wrote about that fear!

Statistically in my brain the data says, “Of course you’ll make a film again.” If I look back over the past seven years, there hasn’t been a year Rodrigo and I haven’t made a film. So the statistics feel similar; we are more likely to make a film again than we are to get in a fatal car accident. But like this plane I am about to board it doesn’t seem to matter, I am still afraid, and nothing I say to myself will alleviate it. The only way to end the fear is to make another film. So here it is, internet, I am afraid to board this plane, and I am afraid I’ll never make a film again. I am acknowledging it as I board this plane, and acknowledging it as the festival run comes to an end, and all I can do is hope and pray this plane lands and I get to make another film!