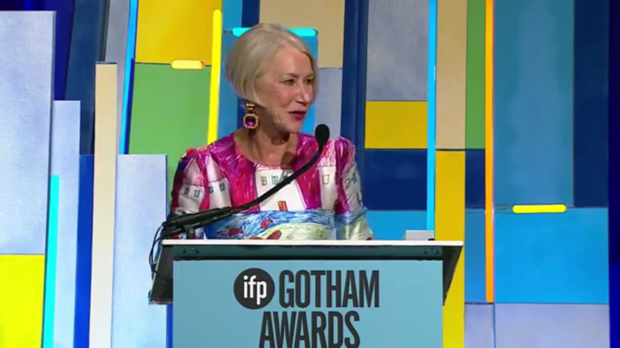 Last night’s Gotham Independent Film Awards were highlighted by a series of tributes to luminaries of the film world. We’ve posted both the intros and acceptance speeches. Let’s start with Robert De Niro’s tribute to Helen Mirren:

Next up we have Dan Rather, who quotes Archibald MacLeish (!) while paying tribute to Robert Redford…

But not until this part of the ceremony, which includes Redford’s speech, a probing look back at his career.

And Haynes followed up with a speech paying tribute to his longtime producer Christine Vachon and film critics (!, again), among others:

And Golin, back at him: