The LGBT Sneak Peek at Sundance 2016 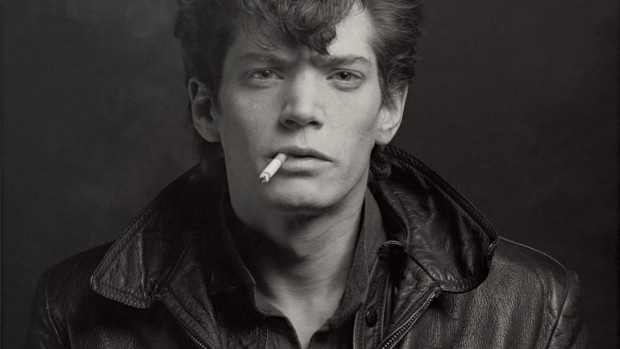 Mapplethorpe: Look at the Pictures (HBO)

The annual Park City, Utah showcase of independent cinema — the Sundance Film Festival, kicks off this Thursday and runs through Sunday January 31st. As always, the festival includes a substantial number of LGBT interest films, many of which will be making their way to you over the course of 2016. Here’s our annual A-Z preview with descriptions courtesy of the Sundance Film Festival. Click through for more info on all the films on the Sundance website, including video interviews with many of the filmmakers. Stay tuned for future coverage about this year’s exciting slate. This year also marks the 20th anniversary of the annual unofficial gathering of the tribe, the Outfest Queer Brunch (this Sunday, January 24th from 11-2 at the Grubsteak Restaurant)

As You Are (U.S.A.)
Director: Miles Joris Peyrafitte — As You Are is the telling and retelling of a relationship between three teenagers as it traces the course of their friendship through a construction of disparate memories prompted by a police investigation. Cast: Owen Campbell, Charlie Heaton, Amandla Stenberg, John Scurti, Scott Cohen, Mary Stuart Masterson. World Premiere

Author: The JT LeRoy Story (U.S.A)
Director: Jeff Feurzeig — The definitive look inside the mysterious case of 16-year-old literary sensation JT LeRoy—a creature so perfect for his time that if he didn’t exist, someone would have had to invent him. Perhaps someone did? The strangest story about story ever told. World Premiere

Film Hawk (U.S.A.)
Directors: JJ Garvine, Tai Parquet — Trace Bob Hawk’s early years as the young gay child of a Methodist minister to his current career as a consultant on some of the most influential independent films of our time. World Premiere

Holy Hell (U.S.A.)
Director: Will Allen — Just out of college, a young filmmaker joins a loving, secretive, and spiritual community led by a charismatic teacher in 1980s West Hollywood. Twenty years later, the group is shockingly torn apart. Told through two decades of the filmmaker’s archival materials, this is their story. World Premiere

Little Men (U.S.A.)
Director: Ira Sachs — Jake (Theo Taplitz) is a quiet, sensitive middle schooler with dreams of being an artist. He meets the affably brash Tony (Michael Barbieri) at his grandfather’s funeral, and the unlikely pair soon hit it off. The budding friendship is put at risk, however, when a rent dispute between Jake’s father, Brian (Greg Kinnear), and Tony’s mother, Leonor (Paulina Garcia), threatens to become contentious. Little Men is a critical yet empathetic look at the dangers of gentrification. World Premiere

Kiki (U.S.A., Sweden)
Director: Sara Jordenö — Through a strikingly intimate and visually daring lens, Kiki offers a riveting, complex insight into a safe space created and governed by LGBTQ youths of color, who are demanding happiness and political power. The film is an exciting coming-of-age story about agency, resilience, and the transformative art form of voguing. World Premiere

Mapplethorpe: Look at the Pictures (U.S.A.)
Directors: Fenton Bailey, Randy Barbato — This examination of Robert Mapplethorpe’s outrageous life is led by the artist himself, speaking with brutal honesty in a series of rediscovered interviews about his passions. Intimate revelations from friends, family, and lovers shed new light on this scandalous artist who ignited a culture war that still rages on. World Premiere

Other People (U.S.A.)
Director: Chris Kelly
A struggling comedy writer, fresh from breaking up with his boyfriend, moves to Sacramento to help his sick mother. Living with his conservative father and younger sisters, David feels like a stranger in his childhood home. As his mother worsens, he tries to convince everyone (including himself) he’s “doing okay.” Cast: Jesse Plemons, Molly Shannon, Bradley Whitford, Maude Apatow, Zach Woods, June Squibb.

For complete information about all the other great movies at this year’s Sundance Film Festival please visit the official website.

Jenni Olson (@JenniOlsonSF) is VP of e-commerce at WolfeVideo.com and has been writing about LGBT film since 1986. She is a card-carrying Sundance Film Festival member and encourages everyone to join now and support independent cinema. This piece is cross-posted on FilmmakerMagazine.com, Queerty.com and AfterEllen.com — whichever of these you’re NOT currently reading warrants your attention as well.