“He Was a Chameleon”: Director Aaron Brookner | Uncle Howard 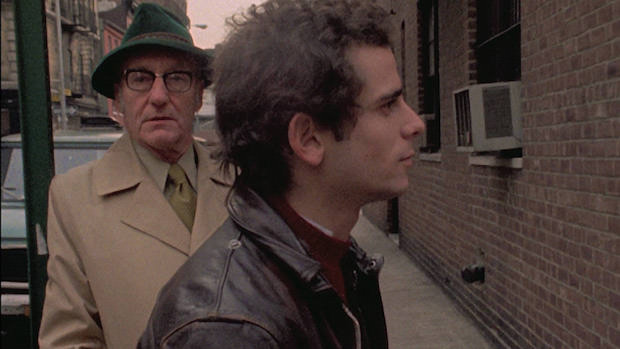 I was aware that my uncle Howard [Brooker, director of Burroughs the Movie, 1983] had many secrets and different sides to him going into production, but I had no idea just how many. We did our research before anything was shot, which involved connecting with many of Howard’s friends and colleagues. This was pretty illuminating. No one knew the same Howard. He was gay, had girlfriends, went to synagogue and was very involved with his family, messed around with dope, frequented some of the seediest clubs imaginable, had extremely close relationships with his Jewish grandparents, was at home in the world of William Burroughs as he was that of Robert Wilson, jet-setting around the world, as he was in Hollywood navigating the studio system. He lived in the Chelsea Hotel and Gracie Square, was an usher at the Met Opera, wrote porno books and worked for the Bowery’s Bari family. This was just the tip of the iceberg. He had even more lives in London, Paris, and elsewhere in Europe and Japan. What was doubly interesting was that as different as each Howard was, he was also always the same guy. He was a chameleon but he was complex, not cunning. He was always genuine and all these different sides played important parts in telling his story and getting it right. He lived his life completely open to the world and what it had to offer.

Along the way, just when we would think we had him all figured out, new information would come to light either by way of a friend who knew yet another version of Howard, or by way of discovering another film reel or video tape (or 30). It was a real challenge to get as many sides to Howard as we did into a 90 minute film. I’m quite proud of this achievement. Still, there were secrets that didn’t find their way into our narrative, such as the film Howard was developing with David Bowie.