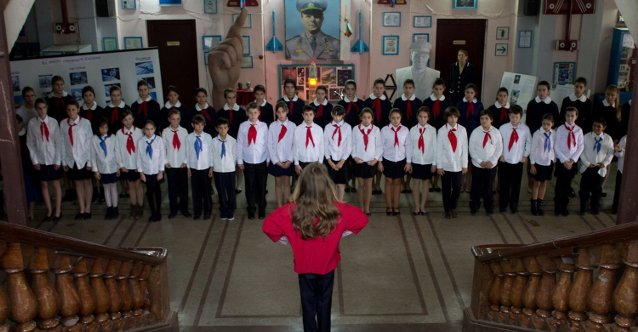 There is little navel-gazing in writer/director/co-producer Maya Vitkova’s Viktoria, in spite of the film’s specific focus and autobiographical elements. In fact, there is no navel at all on its principal protagonist, the young Viktoria (Daria Vitkova as a small child, Kalina Vitkova as a preteen and teenager, both nieces of the filmmaker). She is born in Bulgaria in 1979 without bellybutton or umbilical cord. Her birth falls on the anniversary of the Socialist Revolution, a pretext for the politically motivated anointment of the “Baby of the Decade” and adulation by the general population, at least until their system buckles.

“We no longer need umbilical cords!” pontificates the nation’s ebullient, proud-as-a-papa leader Todor Zhivkov (Georgi Spasov) following delivery at a (hilarious) spruced-up function in the hospital, at which opportunistic doctors standing on both sides of a long banquet table clap loudly to express support for the trumped-up coronation and fealty to the authoritarian government. 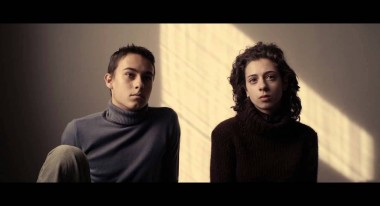 The lack becomes an empty symbol that defines her, her odd, nature-defying physiognomy serving as a stretched metaphor for the country at a time of major social and ideological shifts. She is the signifier of what Zhivkov considers a positive development: a rupture with Bulgaria’s political past. No matter that the dictates of Communism and a subservient position to the Soviet Union remain in place. He would do anything to maintain his more and more tenuous grip on power in a rapidly failing system. Anyone familiar with post-Cold War history can guess his fate once the government collapses, and the people emerge from an enforced insularity to sample alternatives — in spite of the fact that many of his comrades simply reappear in new guises.

Embracing the body as the foundation of the drama, Vitkova ransacks the girl’s childhood to map a nation in crisis: its prehistory officially torn away, the present chaotic, the future undetermined. Few filmmakers have so imaginatively mined the cliché of the overlap between personal and political. The film’s three sections are separated by ellipses around the labelled, celebratory anniversaries of the revolution and Viktoria’s simultaneous over-the-top birthday parties.

More suggestive than overt, the film is a mixed-genre mélange that includes magical realism, surrealism, absurdist comedy, straight romance, naturalism, and elements borrowed from both thriller and melodrama. Lyrical scenes, many of which involve water in its various permutations, pop up in this satirical political history of Vitkova’s native Bulgaria from the late ‘70s through the mid-‘90s. 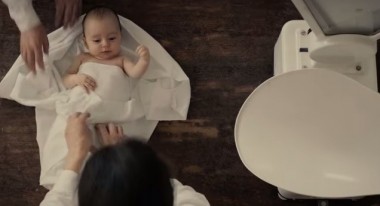 Running counterpoint to the beautifully drawn poetic sections, which are constructed around individual character’s dreams and emotional states, are scenes of a more materialist bent that document major social transformation. DP Krum Rodriguez masterfully shoots it all, registering the rewards of Rin Yamamura’s evocative production design.

The filmmaker depicts three radically different generations of women from the same family in order to more fully address the tumultuous decade and a half. They come from opposing ideological positions, even if some of their priorities change over the course of a lifetime.

Viktoria is spoiled by Zhivkov, who comes across almost like a dirty old man. He showers her with so many gifts and so much attention that she defines herself in superior opposition to others, including the classmates she mercilessly bullies, like the “cripple” Stefcho (as a boy, Simeon Tsolova; as a teen, Ivo Karamanski), born on the same day as the girl. On account of a deformed foot as visible as Viktoria’s navel is hidden, he is disqualified from the crown and the adulation by adoring crowds who instead politely — and dutifully — applaud her, now devolved into an arrogant, no-talent, inveterate pose striker. As goes Bulgaria, so goes its sweetheart. 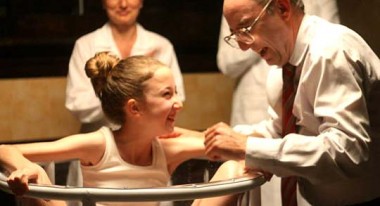 Her status as an undeserved national icon cannot eradicate the huge disappointment that colors her life: the lack of a mother’s love. Pregnancy had destroyed the chance for her mom, Boryana (Irmena Chichikova, beautiful and superb), to illegally exit the country with husband Ivan (Dimo Dimov) and resettle in the US or Venice. Dispirited, moody Boryana does not disguise her strong resentment and contempt for authority, her boredom and choredom obvious at public ceremonies and parties in Viktoria’s honor, her coolness at home demonstrating her alienation from the bonds of maternal love. Mostly out of frustration, she embarks on an extramarital affair and attends outdoor pro-democracy demonstrations.

The mother/daughter rift is anticipated by that between Boryana and her mother, mute Dima (Mariana Krumova), a dedicated Party stalwart incapable of thinking for herself. Like Ivan, she assumes maternal responsibilities for Viktoria. Freethinking, naturally rebellious Boryana resents her mom not only for the lack of attention she paid her as a child but for fully following the Party line. Ambivalence hovers over the relationship as much as it does over Boryana and Viktoria’s: Is reconciliation possible? Can primal love override estrangement? Does it offer a path to romantic love? These uncertainties drive the plot. 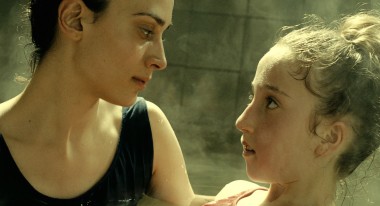 Just as she smoothly moves between fantasy and naturalism, Vitkova generally goes for balance to provide an effective structure. Stylistically, symmetry recurs and resonates, as does the dramatic asymmetry that highlights significant actions and events. She gives the scheme enough slack to bypass the ennui that could result from predictability and repetition. Here and there, other formal strategies wisely interrupt the recurring tropes. The former are never gratuitous, but well thought out and suitable for the drama: overhead shots, archival footage, noirish lighting, mirror shots, live animation, abstraction, slo-mo. Minimalism is the dominant mode, even during brief but poignant bits of spectacle.

The soundtrack follows a similar course. The different types of music — Communist anthems, invented “Hollywood” scores, chorales, requiems, and even some New Age melodies — accompany the narrative when appropriate. Thanks to the contributions of composer Kaloyan Dimitrov and sound designer Kamer Atanasov, they operate harmoniously. Like artful altruists, they will take a back seat to one another when necessary, highlighting and honoring their individual prominence.

Vitkova’s process? She prefers to work alone rather than with a team, except for her technical collaborators. She claims that creating collectively does not work. She told “Altcine,” a journal which focuses largely on Eastern European cinema (Viktoria is a Bulgarian-Romanian co-production), that her solo method enables her to follow her personal dictum: “I respect the audience. It is the God of cinema. But one can win the audience in two ways: by making an honest film, or by making chewing gum for the eye. I’d go for the honest one.”