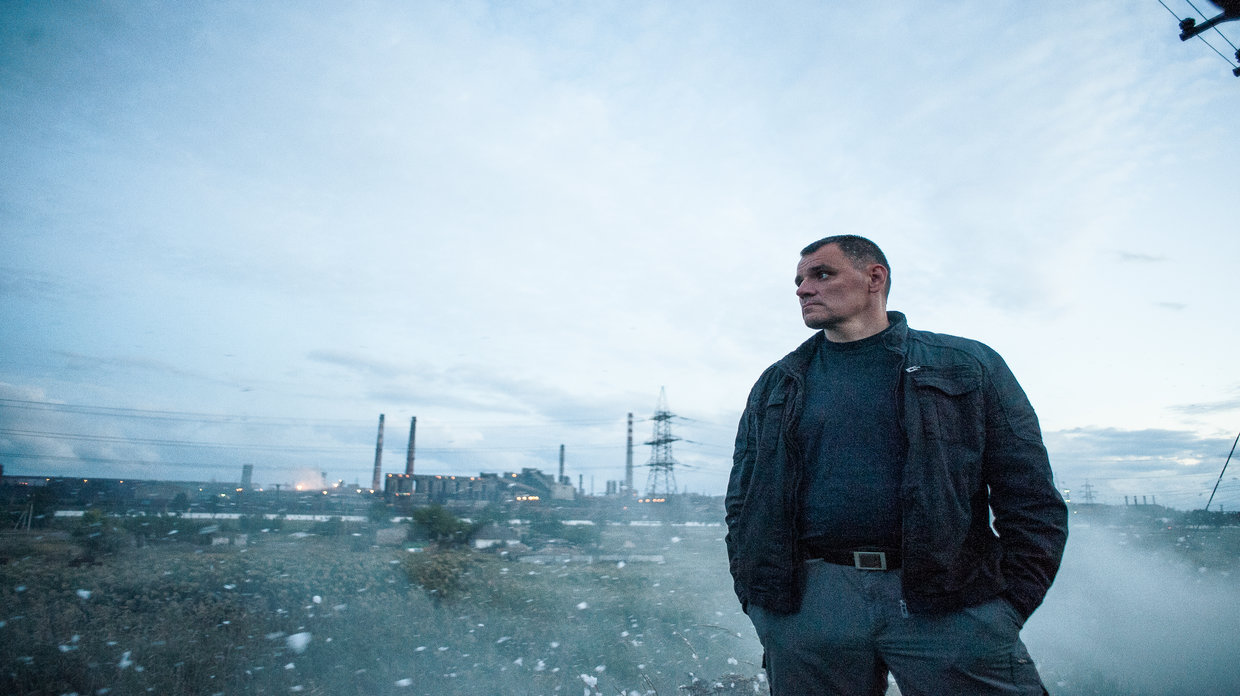 by Paula Bernstein
in Directors, Interviews
on May 20, 2016

In the early 2000s, amid political turmoil in the Ukraine, a pastor named Gennadiy Mokhnenko battled child homelessness and drug addiction using unorthodox methods. The controversial pastor abducted homeless children, many of whom suffered drug addiction, and forcibly brought them to Pilgrim Republic, a rehabilitation center he founded in the city of Mariupol.

Relying on a mix of interviews and footage which tracks the self-appointed savior’s mission over fifteen years, Almost Holy is a complex portrait of a complex person. The film was directed by Steve Hoover, who directed the Sundance Grand Jury and Audience prize-winning Blood Brother, which also focused on a self-appointed savior helping children in need.

Previously known as Crocodile Gennadiy, Hoover’s latest film, which was executive produced by Terence Malick and Nicolas Gonda, premiered last year at the Tribeca Film Festival. Filmmaker recently asked Hoover about what drew him to the subject matter, how he got such amazing access, and what happened when his documentary crew was attacked while filming. The film enters limited release today.

Filmmaker: Like Blood Brother, Almost Holy focuses on a person whose mission in life is helping children who have largely been discarded. Why do you think this topic interests you so much?

Steve Hoover: I’m not particularly drawn to this topic. The obvious crossovers between the two subjects almost led me to not taking a closer look at Gennadiy and, subsequently, not directing the film. I was interested in the street kids of Mariupol not because they were discarded, but because of their drug abuse. I abused psychedelic drugs and opiates throughout my adolescence and lost friends to overdoses. My experiences, however, were dramatically different than those of the Mariupol street kids. With this film, I was mostly interested in Gennadiy Mokhenko because of how he was addressing this and other problems, but not for the sheer fact that he was trying to help.

Filmmaker: With Blood Brother, critics complained that you had a Christian agenda. In Almost Holy, Gennadiy is a pastor. How does religion play a role in your filmmaking choices, if at all?

Hoover: I’m not a person of faith, but my past experiences with religion have contributed to my interests in general. It would be false to say that I had a religious agenda with either of my films. What drew me to Gennadiy was Gennadiy himself. I had been shown footage of Gennadiy where he was trying to help a battered girl and I was struck by his overall presence. The confluence of his backstory, the morally conflicting nature of his work, his idiosyncrasies, and Mariupol, a city draped in post-Soviet aesthetic — these things and more were what compelled me to direct this film.

Filmmaker: How did you find out about Gennadiy and how did you manage to get such amazing access?

Hoover: I was introduced to Gennadiy’s story by some friends that had filmed him while they were working on a project in Ukraine. They detoured from their project to follow Gennadiy for a few days and returned to the US with plans to do a feature length documentary on Gennadiy. They gave me the invitation to direct the film. The access came from Gennadiy’s willingness to let us tell his story effectively. I stressed to him that I wanted to film everything that I could in order to properly represent the actualities of his work, he didn’t decline. Additionally, I asked him for access to his video archives that traced years of his efforts in Mariupol. Gennadiy also accommodated this request and an employee of Pilgrim spent twenty days digitizing the archives for us.

Filmmaker: Is it true that your film crew was attacked? How much did the politics of the arrange impede your access, if at all?

Hoover: Our crew was attacked by a group of pro-Russian supporters during a midday rally at the government headquarters in Mariupol, where we had previously interviewed the mayor. People heard us speaking English and proceeded to verbally assault us and blame us for the revolution. We weren’t looking for trouble so we tried to leave quickly and quietly. The assaults quickly escalated into physical violence and we found ourselves surrounded in our van. They destroyed a lot of the van before we managed to get away. We left Ukraine shortly after the attack. Violence continued to mount in Ukraine, especially in the East, making the possibility of a return trip too dangerous. The airport we had previously flown into was destroyed and there really wasn’t a safe route into Mariupol. We eventually flew Gennadiy to the US in 2014 to conduct a final interview.

Filmmaker: Can you talk a little bit about how Terrence Malick got involved with the film? What does having his name attached to the film mean to you?

Hoover: Early on in development we were having conversations with Nicolas Gonda, Terrence Malick’s producer. Nick gave us valuable advice and had an interest in the project. After sharing footage, goals, and rough edits, Terrence and Nicolas agreed to come on board as executive producers. We value relationships like this and are honored to have their support.