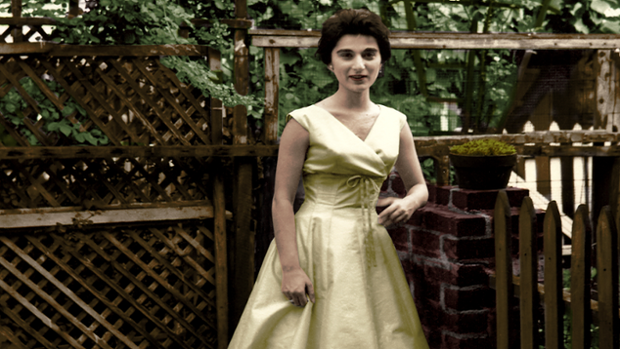 More than 50 years ago, the murder of Kitty Genovese stunned the nation when 38 witnesses in nearby apartments witnessed her brutal stabbing and did nothing. The incident came to represent urban apathy and spawned the “bystander effect” theory. But The Witness, a gripping new documentary about Genovese’s murder, challenges our long-held beliefs about the case.

The directorial debut of screenwriter James Solomon, The Witness had its world premiere at the 2015 New York Film Festival and will open theatrically at New York’s IFC Center on June 3, with a national rollout to follow.

The multi-layered documentary investigates what actually happened on that fateful night in 1964 through interviews with witnesses to the crime as well as with friends and family members. Though it’s directed by Solomon, the story is told largely through the perspective of Kitty’s younger brother, William (Bill) Genovese, who makes an incredibly sympathetic and compelling narrator. Rather than focusing solely on her tragic death, the film also delves into Kitty’s life.

Filmmaker Magazine reached out to Solomon to talk about how his background as a screenwriter influenced the narrative, how he collaborated with Bill, and most of all, why we’ve clung to this false narrative for so long.

Filmmaker: The film was ten years in the making. How different is the final film from what you initially envisioned?

James Solomon: By profession, I am screenwriter and am drawn to iconic stories we think we know. The Witness began for me more than 15 years ago as a scripted film about Kitty Genovese for HBO. The narrative for that project was to be the seminal story of Kitty Genovese’s murder that we all knew: 38 people watched her being murdered – none helped.

At the time, I had no idea that I would end up making a documentary film rather than a scripted one, and that it would unravel the truth about one of the most famous crimes in America. The explanation for why that happened can be summed up in two words: Bill Genovese.

I met Bill, who is Kitty Genovese’s younger brother, while researching the scripted film. No one was closer to Kitty. Bill was 16 when Kitty was murdered in 1964. But it wasn’t merely the loss of his beloved sister that made such an impact on Bill  – it was also the shattering account of her death:

For more than a half hour thirty-eight respectable, law-abiding citizens in Queens watched a killer stalk and stab a woman in three separate attacks in Kew Gardens. Twice the sound of their voices and the sudden glow of their bedroom lights interrupted him and frightened him off. Each time he returned, sought her out and stabbed her again. Not one person telephoned the police during the assault; one witness called after the woman was dead.

Bill felt he needed to prove to himself that he would not only have opened his window that night but also gone down into the street. After graduating high school, he enlisted in the Marines to serve in Vietnam while most of his peers sought to avoid being drafted. A few months into his tour, at age 19, he was seriously injured when a remote-detonated landmine was exploded.  He lost both legs above the knee.

The HBO scripted project did not come to fruition, and my focus turned to other endeavors. Then, in 2004, The New York Times published an article on the 40th anniversary of Kitty Genovese’s murder raising questions about the accuracy of the newspaper’s original 1964 account: what the witnesses saw and heard; even the number “38 Witnesses.” I set out to make a scripted film about Kitty Genovese with a narrative that we all knew, and ended up making a documentary about her brother uncovering a story that none of us know.

Filmmaker: How did you get Bill onboard the project?

Solomon: Bill, who was transformed by the narrative of his sister’s death, needed to find out for himself what actually took place that night. I approached Bill with the idea of documenting his investigation, on camera, as I realized the most affecting way for me to portray Kitty’s story would be via those who knew her best. After several conversations, he agreed to let me do so, though little did we know at the time filming would span more than a decade.

Filmmaker: Bill is both a subject of the film as well as an executive producer. Did those dual roles ever raise any editorial issues along the way? If so, how did you navigate them?

Solomon: For the past half century, it seems everyone has had something to say about the murder of Kitty Genovese. Her tragic death defined New York City in the 1960s as dangerous and cruel, and declared that we were all fundamentally alone. It is credited with leading to creation of the 9-1-1 Emergency System, Good Samaritan Laws, and Neighborhood Watch Groups like the Guardian Angels. It spawned countless studies on bystander inaction (“Kitty Genovese syndrome”) and inspired songs, books, dramas, an opera, and a graphic novel. Most recently, both HBO’s Girls and NBC’s Law & Order: Special Victims Unit based episodes on the tragedy.

And yet, strikingly, we have never heard from the people closest to Kitty in life and/or most impacted by her death – her family and friends, the witnesses, and even her killer. The Witness follows Bill Genovese’s deeply personal and relentless investigation into his sister’s mythic death and forgotten life, as he tracks down anyone still living with a direct connection to Kitty. No one has ever been as inside the story of Kitty Genovese – or will ever be.

In my opinion, the main reason the people that appear in the film were willing to do so – sharing stories they have held in secret for a half-century — is because of Bill Genovese. Many, including the witnesses to his sister’s murder, felt they owed it to Kitty Genovese – and by extension to his surrogate, Bill.

Bill’s own life experience has made him uniquely able to connect with others. As a double amputee since 19, he developed an extraordinary ability to make people feel comfortable, as he is accustomed to those he meets feeling initially uncomfortable around his disability. He puts others at ease so much so that soon you forget he is actually in a wheelchair.

Moreover, Bill understands other people’s trauma because he embodies it. In the span of five years – from 16 to 21 – Bill’s sister was murdered, his mother had a stroke and nearly died, he lost both of his legs, and his father died of a stroke at age 59. People open up to Bill because he gets it.

And so, in answer to your question, I was keenly aware from the outset that our unprecedented access  – not just within Kitty’s family but even the witnesses in the apartments that night – was largely through Bill.  In terms of the actual Bill’s investigating, he established the who, what, when and where — and my production team helped with the how, particularly regarding how to document it.

This is Bill’s quest to find the truth – and closure – not mine.  And so, I wanted the viewer to feel as close to Bill as possible, which is why he narrates the film. As your readers know, the filmmaker is typically the narrator of a personal documentary. From the outset of The Witness, I did not want to mislead viewers into thinking Bill is the filmmaker. So, I included “A film by James Solomon” in the main title credits. But stylistically, I sought to disappear from the film as much as possible to enable an intimate connection with Bill’s journey.

Editorially speaking, in regards to the actual filmmaking and final film, to Bill’s credit — and thanks to the remarkable trust that developed between us — he granted me full editorial control, though I greatly welcomed his feedback at every stage. In the course of eleven years, a tremendous collaboration developed between us, in part because he recognized that I was in it for the long haul.  And it wasn’t just me: our co-producer, Melissa Jacobson, has worked on the film from the start, as has our cinematographer, Trish Govoni, who shot every frame. This has been by far the most satisfying and gratifying work experience of my life.

Filmmaker: How did your background in screenwriting inform the narrative structure of The Witness? Was it ever frustrating for you that unlike fiction, with non-fiction, you can’t invent the truth?

Solomon: Truth be told, I only wish that I were as good a writer as what unfolds in real life within The Witness. There are so many unexpected characters, plot twists, and lines of dialogue in the film that I could never have imagined putting to paper as a screenwriter. Every time I thought I knew where this story was headed, it surprised me – and, I suspect, the viewer will be surprised as well. I know for certain that I’ve never had – nor ever will – a main protagonist as compelling, complex and heroic as Bill Genovese. For me, The Witness is the ultimate (sibling) love story about a brother relentlessly determined to reclaim his sister’s life from her infamous death.

I suppose the only frustrating aspect of this experience is the humbling realization that I am not nearly as imaginative as is real life.

Filmmaker: We’ve all believed this false narrative about the Kitty Genovese case because of the initial New York Times story. Was one of your goals with this film to set the record straight? Or can we ever fully know the entire story?

Solomon: I had no preconceived notion of where this story would lead. I just knew that I had to tell it. And I was only interested in doing so through those most impacted.

In many respects, the film is about the power of false narratives – be it a story we tell ourselves in the middle of the night when we hear a noise outside our window or family lore that gets passed down across a half century. Stories – both real and imagined – shape our lives. In Bill, I found the ultimate truth-seeker determined to find it wherever it leads.

As for setting the record straight…that iconic story of Kitty Genovese – 38 watched a murder, and none helped – is so potent a narrative that it is likely to stay with us for another 50 years, no matter how much it is discredited. Both Girls and Law & Order: Special Victims Unit based their episodes on a story that has largely been debunked.

Journalists have this saying: “Some stories are too good to check.” That seems to apply to the coverage of this crime. Yet, now that we know the infamous story of Kitty Genovese’s murder is deeply flawed, the more appropriate epitaph seems to be: “This story is too good to give up.”