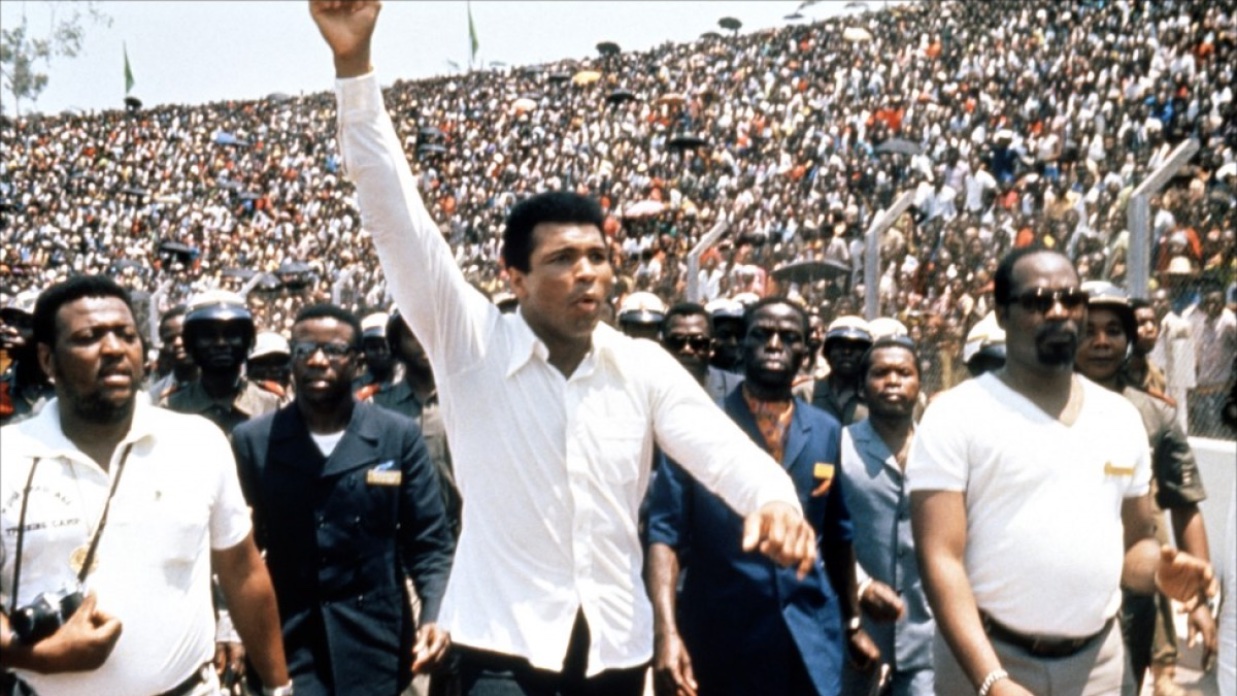 Leon Gast, Muhammad Ali, Obituaries, When We Were Kings

Indeed, the Greatest. Remembering Muhammad Ali with this trailer from also one of the greatest sports documentaries of all times, Leon Gast’s When We Were Kings.

From Edward Guthmann’s review in the San Francisco Chronicle:

At the height of his stardom, Muhammad Ali was possibly the most famous man on earth. Cocky, dynamic, a tremendous athlete and a wizard at homespun, extemporaneous verbal gymnastics, Ali had the world on a string….

On a deeper level — and this is where When We Were Kings exceeds its expectations and becomes a great film — Gast examines African American pride. He records a time when Ali, loud and “pretty,” be came a worldwide symbol of black self-determination and gave his brothers a bolder, stronger image of themselves than they’d ever known.

“I live in America,” Ali says in the film, “but Africa is the home of the black man. I was a slave 400 years ago, and now I’m going home to fight among my brothers.” Before Ali, Spike Lee says in an interview, American blacks didn’t define themselves in those words. “There was a time when you’d call a black person ‘African,’ you’d better be ready to fight.”