Bringing an Untitled Hasidic Film to the IFP Narrative Lab 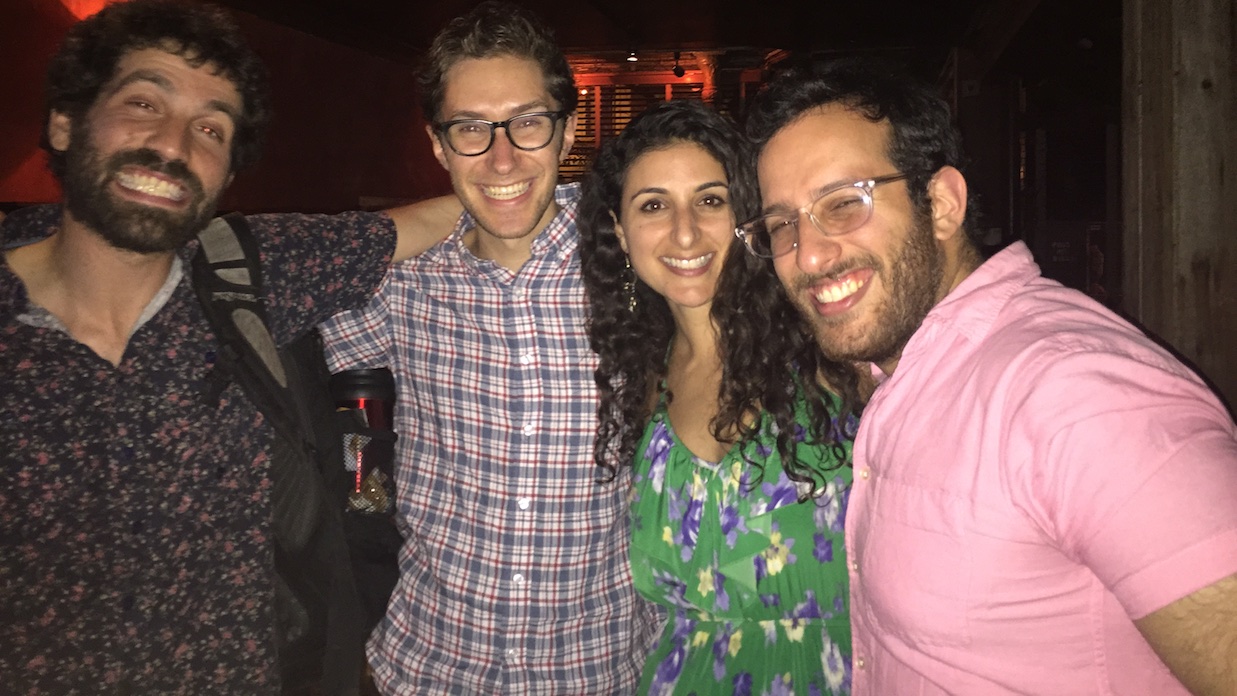 While often demonized and misunderstood, the Hasidic community is an insular one that keeps to itself. No wonder then that the community is underrepresented cinematically. There aren’t many honest representations on film that explore the meanings of its traditions and rituals with vibrancy or humor. This is one of the reasons writer/director Joshua Z. Weinstein sought out to make Untitled Hasidic Film, in order to portray this world in the most authentic way possible.

The film features actual Hasidic non-actors, a rarity to say the least, and is entirely in Yiddish. Joshua embedded himself in this world earning the trust of Borough Park families and ensuring the authenticity of the film. Our entire team, one which included producers Alex Lipschultz (Computer Chess, Entertainment), Traci Carlson (Hits, The Dream is Now), Daniel Finkelman (The Last Survivor), Yoni Brook (Valley of Saints) who is also the co-cinematographer, co-producer Royce Brown and myself, went great lengths to make sure the film was as faithful and honest a representation as possible.

After a year of scattered production, we are now in post and are thrilled to be a part of the 2016 IFP Narrative Filmmaker Labs. The first week of the labs took place May 23rd to May 27th and was led by the extraordinary Amy Dotson and Zach Mandinach, who tailored the whole week to the needs and interests of the ten selected films. Along with lab leaders and industry experts Scott Macaulay, Jon Reiss, Susan Stover and Pierce Varous, they gave us insightful feedback and advice on possible trajectories for each of our films.

Almost every aspect of the motion picture production experience is discussed by various guests. Jon Marcus (The Story Department) held a workshop on pitching for example, which of course most of us have trouble doing. Avoiding clichés and getting specific was the general note and how at the end of the day, you are really pitching yourself. But ultimately a special emphasis at the Lab is placed on post-production. So some of our most anticipated encounters were with post-production crafts people, such as editor Lee Percy (Maria Full of Grace, Boys Don’t Cry).

To have someone with Lee’s experience level and talent have a detailed look at our rough cut was invaluable. He spent over an hour with our film pinpointing where the logical turning points are and encouraging us to follow the emotional through line of the movie and truth of our characters. He also shared two main tools that he swears by – blowing up and slowing down a shot, especially when you don’t think you have the footage.

Music Supervisor Susan Jacobs (Silver Linings Playbook, Foxcatcher) and Doreen Ringer-Ross (Vice President of Film & TV at BMI) were very generous with their experience, sharing many insider tips. Susan talked about how she listens to the movie and how she redirects preconceived notions of where the director thinks the movie is to where the movie actually is. Doreen is a big supporter of creating original music that you can control and own the publishing of. For instance, if you license the writing of a popular song, do your own recording so you don’t have to pay for the master thereby cutting your licensing fee in half.

It was also really interesting to hear how Keegan Dewitt (Land Ho, Listen Up Philip) approaches scoring films. He tries to provide original music for the filmmakers during their edits in order to avoid using temp music altogether so the directors aren’t dealing with definitive sound on picture. He gravitates towards filmmakers who look at “working with composers as an opportunity to have a fresh infusion of creative energy in the film,” and who are open to new sounds along the way.

Tom Efinger from Dig It Audio came in to talk to us about the dos and don’t of post sound. He encouraged us to leave handles on tracks and to collect a lot of wild sound. The more that the sound mixer can gather on location the better — for instance, when pre-lighting the next set up, send the sound mixer to gather sounds from the room you were just in (knocking over a chair, opening a door).

We also travelled to post-production facility Nice Dissolve (founded by lab leader Pierce Varous and Chris Kenny) where we got to hear firsthand what experienced colorists look for when talking to filmmakers. How references from other movies and paintings are helpful, but mostly talking about the movie in an emotional language is key (using words like “menacing” instead of bluer/warmer). Pierce and the whole team were full of great tips about keeping costs down. He was very clear on what to look out for when negotiating with big post houses and keeping track of hours so they don’t inflate costs (during the conform for example). And how the standard rule as far as DCPs goes — don’t make anything unless someone asks for it because you’re generally going to want to change it.

The second half of the week was focused on marketing and distribution starting with a great panel on festival strategy with Dan Nuxoll (Rooftop Films) and Tom Hall (Montclair Film Festival). Indie distribution guru Jon Reiss led several workshops on how to engage an audience giving us specific tools on how to break through all the noise by mapping out our goals for distribution. How doing the research to find organizations, tastemakers and influencers that relate to your core audience and getting them to help you can be half the battle. And how a digital marketing strategy is essential especially with branding our films and ourselves. Jon also went through the different tiered distribution companies outlining what our options are in terms of split rights and DIY, and the benefits of doing theatrical in a digital world, particularly when creating limited engagement events. A panel with Ania Trzebiatowska (Visit Films) and Christina Campagnola (APA) also discussed the various ways a sales agent will acquire and sell your film in this new digital landscape.

One of the most helpful parts of the lab led by Jon Reiss was the case study of four films released in the past two years that ranged in budget from $50K to $2 million and what their numbers were. This kind of transparency is so rare and enormously valuable to filmmakers especially when trying to figure out what a realistic outcome is for your film. Also, having producers like Darren Dean (Tangerine) and Anne Carey (The Diary of a Teenage Girl) talk about their process in developing and releasing their films and what their outcomes were was an unexpected and beneficial treat.

Further, it was incredibly helpful to go through the week with such a gifted and supportive group of filmmakers, all making distinct films in varying stages of post-production. Check out the line up here.

All in all, a super informative week, thanks to the hard work and generosity of IFP, and one that has given new life to the part of a film’s journey that often seems toughest, the period between wrapping and premiering.

Danelle Eliav is an actress, filmmaker and producer. She has performed on stage internationally, and in films (Fourth Man Out, Victoriana), and has produced award winning shorts and features (Emoticon ;), The Sheik). She is a Founder of WIP (Women Independent Producers) and a proud member of Barefoot Theatre Company and Film Fatales.