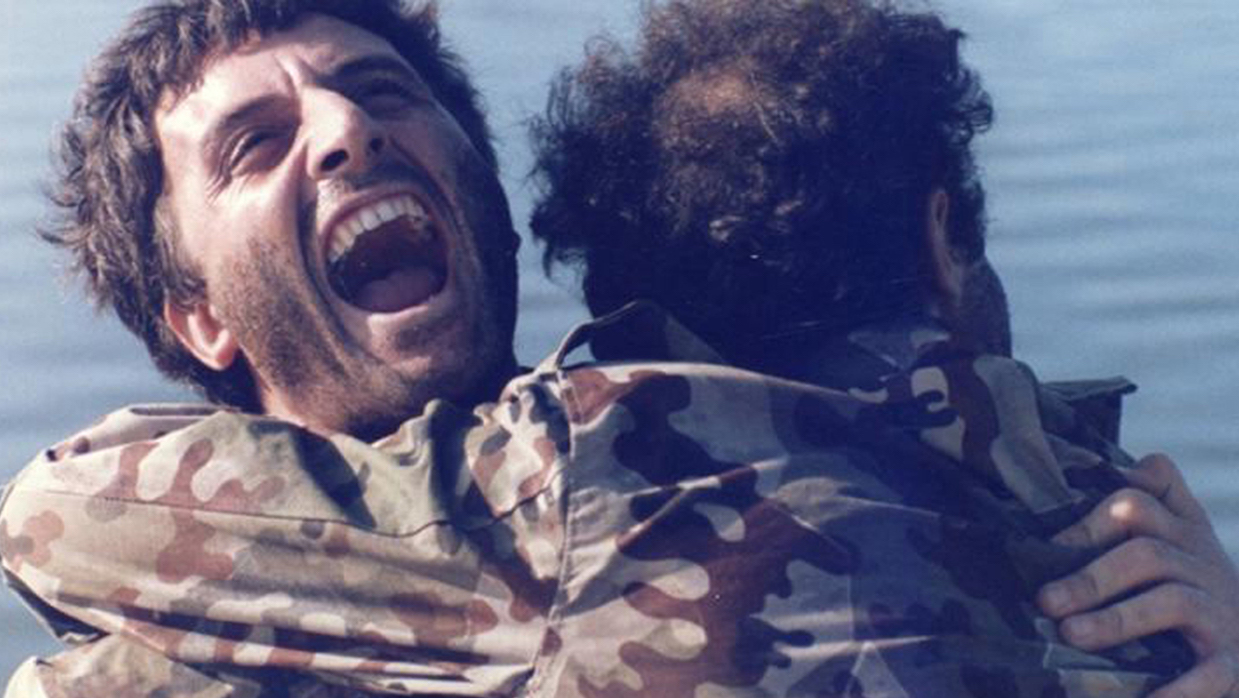 The 33rd Jerusalem Int’l Film Festival celebrated the 30-year anniversary of Avanti Popolo (1986), directed by Rafi Bukai, with the premiere of a newly completed digital restoration. Now considered an Israeli classic, the film is set during the last days of the Six Day War. The story focuses on two Egyptian soldiers (played by two Palestinian actors) who are trying to get out of the Sinai desert war zone and back home to safety in Cairo.

Unusual for an Israeli feature: the Arab soldiers are positioned as the central, sympathetic protagonists. Even more unusual: they ultimately join up with three Jewish IDF soldiers, and they all march across the desert singing, together, the Italian communist song of solidarity and liberation for which the film is named.

Salim Dau, who played one of the Egyptian soldiers three decades back, explained why the Egyptian characters speak in the Palestinian Arabic dialect. “I was the one who decided on that. I wanted to make a point,” he said. “The story has many layers. Nothing this good has been made since.”

Avanti Popolo is set in 1967, the year Israel expanded its borders via the Six Day War, creating the infamous occupation still in effect today — almost fifty years later. Rafi Bukai’s wonderful film, with its vision of Jewish-Arab solidarity and shared humanity, reads now like a utopian hallucination, utterly remote from the current Israeli consciousness and cinematic landscape. In fact, this year’s Israeli feature competition in Jerusalem screened few fictional works which engage, on any level, with the entrenched political environment.

Issac Zablocki, director of the Israeli Film Center in NYC , concurs that there has been a significant drop in work which challenges the status-quo. “The tone of the current Cultural Ministry has made filmmakers who are pitching and producing films with political content afraid. No one wants to be public enemy number one.”

Land of the Little People

There are exceptions. The boldest Israeli film I’ve seen this year, Land of the Little People, written and directed by Yaniv Berman and produced by Tony Copti, is a version of Lord of the Flies transported into small town, modern-day Israel. The filmmakers don’t shy away from expressing their clear revulsion towards militaristic Israeli culture, casting ubiquitous pregnant wives and anonymous, uniformed army reservist dads as the ineffective gatekeepers of a conformist society which both worships and corrupts its children. Taking on, with zero mercy, the culture’s two most sacred cows — Jewish soldiers and Jewish kids — Little People was funded primarily through a Kickstarter campaign. Turned down by the Jerusalem feature competition and premiering instead at the less well known Sderot International Festival earlier this year, the film was introduced by fest director Efrat Corem who warned, “Get ready for some live-fire.” After the screening, a shaken audience member stood up and announced, “This is the sickest film I have ever seen. You are mentally ill.” Berman is holding up a bright and shining mirror to his world, but most people would prefer not to look.

The most interesting Israeli feature in the Jerusalem competition, Eran Kolirin’s Beyond the Mountains and Hills, is a more oblique critique. Working in tight tandem with cinematographer Shai Goldman, Kolirin portrays the untenable, inner balancing act of a middle-class, Jewish family living in physical proximity but extreme psychic distance from their Palestinian neighbors. The family exists in a suffocating bubble of confusion and deceit: by the end the mother, father and their teenage son and daughter have all come up guilty, imploding, and yet…deluded. Kolirin smears their denial all over their condo’s pristine white walls and we get to see just exactly how hard they are all working to feel so very, very fine. Beyond the Mountains and Hills’s Shiree Nadav-Naor was awarded Best Actress for her portrayal of the less-than-perfect mother. Top fest prizes of Best Feature, Best Screenplay and Best First Feature all went to the apolitical crowd-pleaser, One Week and a Day, by Asaf Polonsky.

Screening in a non-competitive section curiously called “Galas,” the documentary Zero Days by Alex Gibney is, on the level of content, an extremely important film that I hope will be widely seen. Dealing with politics on the macro-level, the film details the covert, reckless Israeli-American cyber-attack of Iran. Sci-fi-esque warfare of the future is already here, right now, and the implications are staggering. 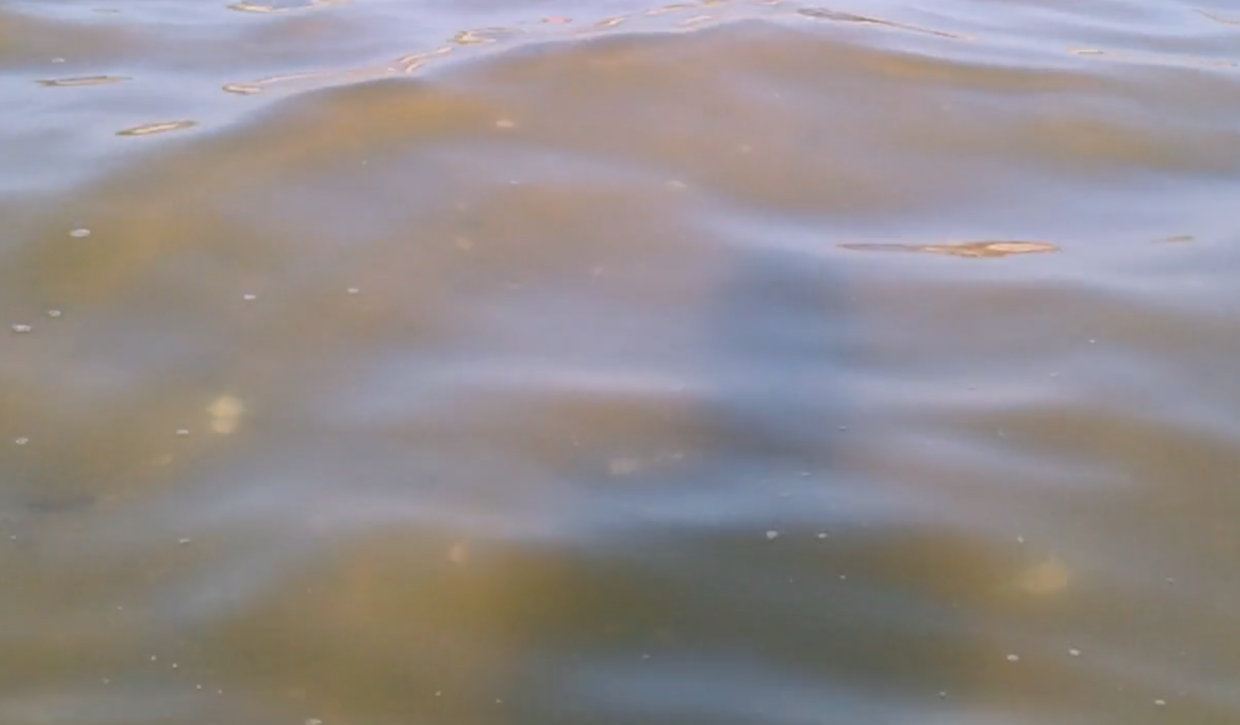 During one shot in No Home Movie, we see the shadow of a woman, surely the filmmaker, half dissolving into the murky, dirty water of some unknown sea. The shot is held for an extended period and the shadow itself seems to be drowning in the water. Perhaps from knowing of Chantal’s tragic death before seeing the film, I felt, in this moment, the merging of her fate with her mother’s impending passage to the Other Side.

Also screened as part of the “Intersections” program, Dana Goldberg and Efrat Mishori’s No Shadow is an 8 minute, stream of consciousness piece about sexual abuse shot on a smartphone. Evoking the displacement, disconnection and rage which fester and percolate in a zone just below waking consciousness, the spoken poetry fuses with painterly images of a woman sleeping, and desolate night streets in Tel Aviv. 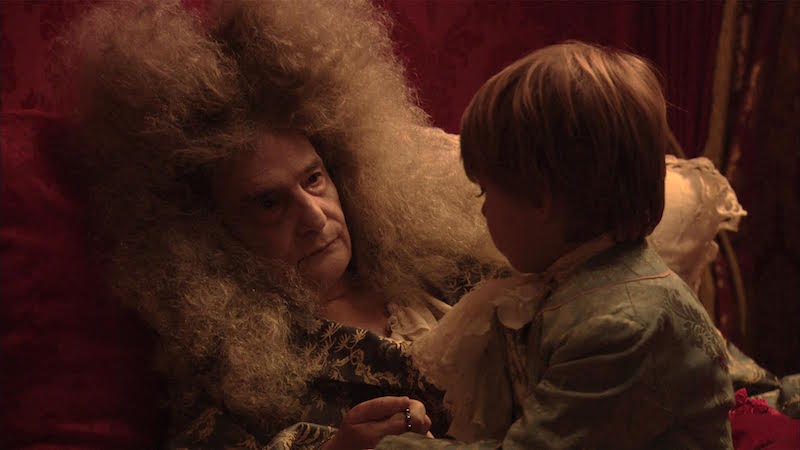 The Death of Louis XIV

Albert Serra’s amazing The Death of Louis XIV is that rare film which is beloved both by the most hardcore cinephiles, and the general public. Awarded “Best International Feature,” the film was also scheduled for an extra screening due to audience demand. While I was not a mega-fan of Serra’s earlier films, this superb work knocked me out. Managing to be both playful and humorous while simultaneously profound, visually beautiful and formally rigorous, Serra has created a totally immersive and engrossing universe within one single location: the King’s claustrophobic, windowless bedroom. The intense presence of actor Jean-Pierre Léaud who appears in almost every shot is the heavy-weight core of the film, anchoring the energy and creating a magnetic force field around his dark red bed. He rarely moves or talks, but his progression towards death over the course of the film’s 86 minutes is unforgettable. The Death of Louis XIV is an instant classic.

All the Jerusalem Film Festival Winners can be found here.

Nina Menkes is an independent filmmaker, a Middle East and North Africa (MENA) Fulbright Fellow, and a member of the film faculty at California Institute of the Arts. She is currently working on a new film, Minotaur Rex, set in Jerusalem.