“I Think Filmmaking Can Also Be as Simple as Being a Good Person to Those Around You”: Paola Mottura on Film Markets and Support Programs 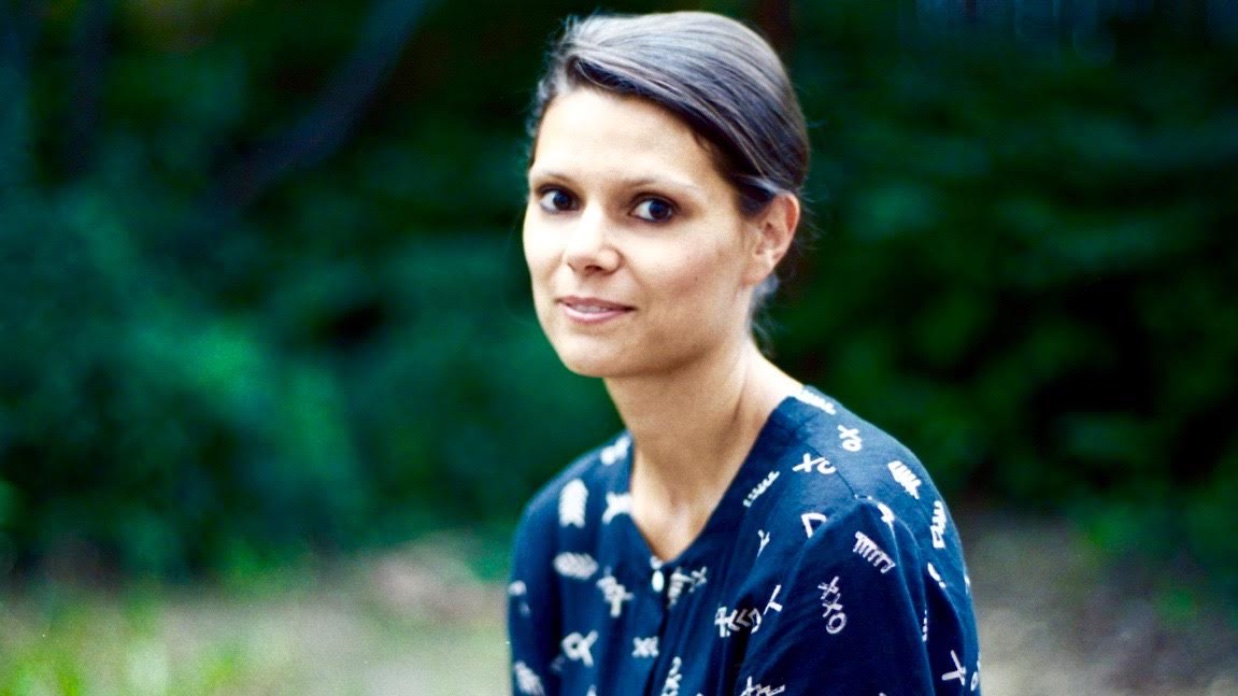 In 1996, Chris Kraus traveled to Germany to attend the Berlin Film Festival. Even though the Berlinale rejected her experimental film, she was invited to screen it at the European Film Market, the business epicenter of the festival. “A profitable trade show in which product deemed unsuitable for the Festival is bought and sold,” is how Kraus later described the EFM in her 2000 book, Aliens & Anorexia. Arriving in Berlin with neither pre-arranged business meetings, networking contacts, nor party invites, the EFM was “like Room 101 in Orwell’s 1984, a cavalcade of horrors where you confront your deepest fears,” she wrote. After four days of aimless escalator riding, checking her empty mailbox at the American Independents booth, and mustering the courage to talk with one festival programmer who would later reject her film, Kraus, “dying of exposure,” left Berlin.

If Kraus hadn’t become a famous writer (her novel, I Love Dick, is the basis of an Amazon series forthcoming from Jill Soloway), if she were still an unknown experimental filmmaker invited to attend the EFM to market her film at the American Independents booth in Berlin’s Potsdamer Platz, on the top floor of the Martin-Gropius-Bau, she’d endure today an experience similar to the ’90s. The EFM is bigger — it’s grown from 6,000 attendees in Kraus’s day to nearly 10,000 — but it’s still a spot where, amidst the high-level dealmaking, lone independent filmmakers hustler their current as well as future projects. In other words, it is as much a destination for potential opportunity as a place of intense competition and inevitable disappointment.

Whether it’s the unnatural business of pitching coupled with networking and socializing that filmmakers are encouraged (or rather expected) to master, or the constant rejection disguised as constructive feedback, film markets are not easy environments for filmmakers. The pressure could drive an already nervous and frustrated artist, one grappling with endemic doubt and a nagging inferiority complex, to the brink of despair. But according to festival liaisons and programs managers, industry engagement and interaction is among, if not the most, significant of pursuits for new and emerging filmmakers. It’s about first establishing a presence in the community, they say, before expecting to win a network of support within that community. Though it sounds straightforward enough, many filmmakers, like Kraus, struggle with the process.

When Paola Mottura worked at the American Independents booth at the EFM for the first time earlier this year, she was determined to help filmmakers connect with the appropriate channels and industry reps. Mottura, the Documentary Program Manager at Independent Filmmaker Project (IFP), isn’t necessarily seen on panels representing her organization at big public events. She’s more likely in the corner of a room somewhere with one person, listening. “I go to the parties and have fun too, but I just prefer one-on-one conversations,” she said to me on the last day of her first Berlinale. “Connecting with people personally makes all the difference,” she said.

It’s impossible to know whether Kraus could have had a more successful trip to the EFM 20 years ago had she engaged more with her festival liaison or connected with him personally. But if winning the support of a community is the filmmaker’s enduring end goal, building trust with someone entrenched in that community is a good start. And if your liaison is someone like Mottura who takes the time to listen, you’re off to an even better one.

Currently the Program Manager, Documentary and Fiscal Sponsorship at the Independent Filmmaker Project (IFP), Mottura manages some of the organization’s flagship programs, including the IFP Documentary Labs, the Spotlight On Documentaries program of the annual IFP Film Week Project Forum, and the IFP Fiscal Sponsorship program. She has previously worked for the The Documentary Filmmakers Group, Mosaic Films, Birds Eye View Film Festival, Cinereach and Sundance Institute. Mottura has also been on the screening committee for POV and the Human Rights Watch Film Festival. She is a graduate of Goldsmiths College, University of London.

How did you come to work in documentary film?

I grew up in a very small town in Italy between Milan and the Swiss border. When I was 19, after graduating from high school, I took a gap year and moved to London. I worked for a clothing designer before going to Goldsmiths University for a joint degree in Media and Social Anthropology. For the Media part of my degree I specialized in documentary filmmaking, although I wasn’t very familiar with that film genre at the time, as documentary wasn’t a form that was popular or very accessible to me growing up in Italy. But documentary immediately felt like the perfect way to combine all my interests.

After you graduated, you worked for several years in London. How was the move to New York?
Now, I see my move to the U.S. as the best decision. But it hasn’t always been easy. When I first moved to New York, I didn’t really have any connections with the independent film community, and I immediately realized how different the U.S. industry landscape was from the European one. But I was very lucky to be able to work for some great organizations and meet amazing people, whose infectious passion for discovering and nurturing new filmmaking talent inspired me to continue supporting independent artists and contributing to programs in a rapidly changing industry.

You now manage the Spotlight on Documentaries program of IFP’s Project Forum, which is the oldest and one of the most important film markets in the U.S. How has the documentary section evolved?
The market has been an important forum for documentary projects since the early years. Because documentary filmmakers often need to fundraise throughout the different stages of production, it becomes crucial for them to be visible at markets, to try and garner funders, partners, and industry interest. Even if emerging filmmakers have all the financial resources to shoot and finish their films, working in isolation isn’t ideal. Filmmakers need partners and industry peers as allies and advocates for their projects. Many successful filmmakers more advanced in their careers have gone through at least some programs of artist support, and have reiterated to younger filmmakers the value of industry exposure. In terms of how the documentary section has evolved specifically in the last few years, we’ve been strengthening our international collaborations.

How so?
Filmmakers interested in co-productions are looking to learn about translating projects for different audiences and approaching potential co-producers from other countries. And the international markets are invaluable for producers to meet and connect with potential co-producers from these other countries. But also, given the great quantity of films made today, filmmakers need their projects to stand out. Our collaborations with international markets help open up bigger discussions about navigating festival strategy, sales, marketing and distribution.

How do projects stand out in the early stage of IFP Documentary Labs and Project Forum submission?
The projects eligible for our Documentary Labs are narrowed down to first-time feature directors who are U.S.-based and in the post-production stage. We select ten projects from over 300 submissions, so the competition is hard. Our programs are not bound to specific genres or themes, but I would say that what excites me most are original stories, challenging characters, new perspectives and angles on urgent issues, innovative visual and storytelling approaches, and above all, a director’s unique vision. Ultimately, we truly value diversity, not only in terms of themes, but also in terms filmmakers’ ethnicity, gender, and geographical location. I am particularly keen to ensure we represent women’s perspectives and voices from within underrepresented communities.

What’s the biggest advantage for projects that are selected?
The best thing about IFP is that it’s a real connector, fostering longstanding relationships that go way beyond the Labs programs. We have so many artists and industry professionals in our community at all different stages of their careers. It’s really important for us that our alumni come back as mentors to foster the next generation of filmmakers and to nurture and strengthen our expanding community.

But does the competitive nature of the programs ever disrupt the solidarity of the community?
No, I don’t think so. If anything, it enriches the supportive nature of the community. Filmmakers often advocate for each other throughout the submission process. Alumni often put in a good word for their friends, particularly if they are new to our community. But we don’t mind because ultimately, we make our selection based on the quality of the projects and the strength of the submitted material.

What questions are you mulling over most often with filmmakers?
Career sustainability is one of the most debated topics during our labs. Unfortunately there is no viable financing model in place for independent filmmakers, which is why the collaborative nature of the community becomes vital for independent artists. Filmmakers today need to embrace an entrepreneurial attitude and often wear different hats and work in different capacities on other projects while also making their own films simultaneously. Today, new formats and platforms are offering more opportunities, which will hopefully translate to more profitability for artists. But this evolution is still relatively new, so no one really knows the future of independent filmmaking.

What do you think is the best attitude for a new or emerging filmmaker to employ?
Be daring and ambitious, but also humble. Stay true to yourself, but be open to feedback and different ideas. Above all, be respectful of people you work with regardless of their role or job title, and not just because the receptionist today is the boss tomorrow, but because it’s good karma. Filmmaking is a collaborative labor of love and every little bit of support you get should be cherished in equal measure. Perhaps this sounds a little hippy dippy, but even though we talk a lot about collaboration and teamwork, I think filmmaking can also be as simple as being a good person to those around you — that and perseverance.

Editor’s Note: IFP is the publisher of Filmmaker.