Playing the Fool: Embracing Tarot while Kickstarting For Entertainment Purposes Only 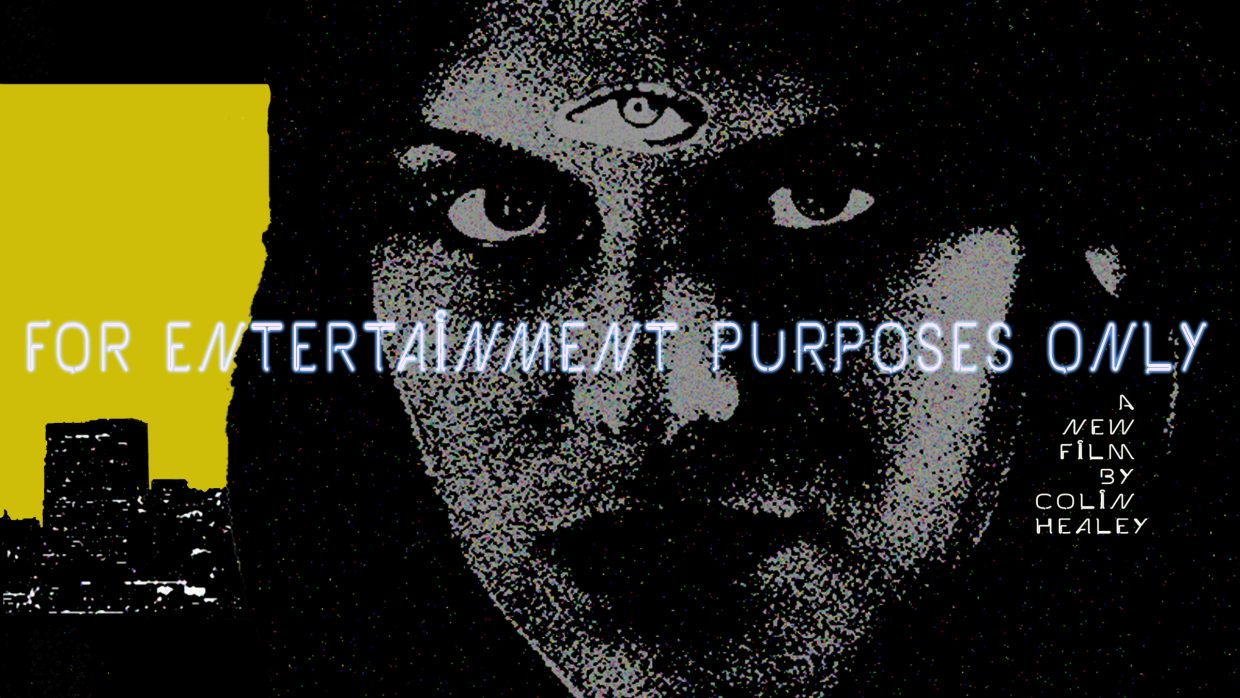 For Entertainment Purposes Only, Kickstarter

Last Thursday, in a fortune telling shop in Manhattan’s West Village, a woman around my age told me the Evil Eye was on me and my family. She told me she was afraid for my life, and I needed to give her $500 right then so that she could burn a candle for me.

When I told her I didn’t have the money, she asked if I had an ATM card and could bring her the money quickly. I said “thank you” and left. I wasn’t worried about the “Evil Eye,” but it was an eerie brush with the city’s scammy underbelly — and that was exactly what I wanted.

Let me give you some context here. I’m researching for my second feature as a writer and director. My first was called Homemakers and Factory 25 had the great wisdom of releasing it into the universe last year.

The new film is called For Entertainment Purposes Only and we’re raising bucks for it right now on Kickstarter. We will not be spending those bucks on tarot…

I was raised explicitly unreligious. I’ve generally been disinterested in invisible things, and at times I’ve been pretty closed-minded about them. I definitely had a big eye roll for astrology and anything to do with ghosts.

I never remotely considered paying for any kind of forecasting, and I didn’t think I knew anyone who did… until a rush of stories hit the news last year of New Yorkers who had forked over huge sums of cash to storefront fortune tellers. Around the same time, I noticed how many of my friends owned tarot decks, and suddenly I realized there was a whole world around me that I was ignoring.

“Write what you know” is a great way to be super boring forever. So about a year ago, nice-guy-atheist Colin Healey started on a mission to educate himself about the grab bag of magic-ish beliefs outsiders like me throw together and call “Western esotericism.” Palm readings, psychic abilities, new age whatever, talking to dead people, tarot, burning things indoors for any reason besides making toast. That sort of thing.

One thing I’ve learned is that tarot is freakin’ amazing. My favorite whimsical writer Italo Calvino called it “a machine for telling stories,” and he’s right: a great tarot reading helps you construct the narrative of your life and what’s happening around you, regardless of whether you credit the cards with supernatural powers.

Tarot has a lot in common with a therapy session — drawing knowledge out that was already inside you, and making you be honest with yourself — but with something decent to look at. I’ve had many wonderful, insightful readings, and a tarot lesson, and I’m going to keep studying.

Playing cards and tarot share a common ancestor, but tarot adds the 22 Major Arcana cards you may know from movies: Death, the Devil, the Fool, the Lovers, etc. The medieval-ish deck most Americans know is the Rider-Waite, beautifully illustrated a century ago by Pamela Colman-Smith. Holy Mountain director and tarot scholar Alejandro Jodorowsky reads with his own historical reconstruction of the actually-medieval Marseilles deck.

Modern decks, of which there are thousands, tweak the cards to make them easier to understand, or less sexist, or less Eurocentric, or less hierarchal, or more steampunk. But no matter the deck, it’s part of a thousand year old tradition.

I’ve fixated specifically on tarot because I’m a visual artist, and I’m using tarot to construct the new film’s story and inspire the design. But the best thing about the cards isn’t the cards — it’s the connections you make because of them.

Done right, you walk out of there feeling like you’re gonna take what you learned and go out into the universe and peacefully kick some ass.

There’s a script. First they tell you a few general things, like, “you will have two children,” or, “you will live a long life, and you will have some successes and some setbacks.” Then they creep you out a little: “a man in your life, a name with a J, maybe, is very jealous of you and can’t be trusted.” (J is the most common letter for a man’s name to start with).

If this seems to worry you, they tell you more and more negative things about soulmates and chakras until you’re blowing $500 every week for them to light candles you’ll never see and “meditate” on your problems.

Tarot cards have two positions — right-side-up, and reversed — with opposing meanings. In For Entertainment Purposes Only, we’re showing both sides.

Our film is about a fortune-telling scammer, but she, in turn, is being scammed into spending all her money by the materialist mania of gilded New York City. When a psychic-hunting private eye (these people exist!) sets her in his sights, she seeks out a genuine occult community to help her stay out of prison — a tough task given the massive distrust occultists have for the scammers who give their profession a bad name.

The goodly practitioners of these traditions also have a real distrust of filmmakers, for good reason. They’ve been pushed to the margins, but they’re too meaningful to be snuffed out. Instead, they have become safe harbor for refugees from our white-capitalist-straight-monotheistic-man system.

Meanwhile, the propaganda wing of our mainstream culture, Hollywood, mocks them from afar, reducing real therapeutic and spiritual powers to a predictable prophecy cartoon, usually laced with some anti-Romani racism for seasoning. This Hollywood notion of a fortune teller is also exactly what leads innocent occult-curious people into the arms of con artists, who prey on equally-Hollywood notions of romance and finances.

For me, this movie has already changed my life. I’m an only child who grew up in the woods. I didn’t like school, I never joined the Boy Scouts. Sports connect people sometimes, but I’m a Red Sox fan in New York City. Politics was fun to follow until forty percent of my fellow Americans revealed they had been desperately waiting for a screaming racist potato thing to run for President.

Discovering a community of people, including friends I’ve known for years, who want to talk about philosophy and feelings and sensual things and ancient traditions, who are exploring aspects of human spiritual and mystical capability I haven’t explored… that makes me feel like the world is bigger than I thought. And filled with more wonderful people.

In tarot, there’s a card called the Fool. It’s the first card in the Major Arcana, but its number value is zero. Because the Fool doesn’t know anything. The Fool is a blank slate.

The Fool is me, right now, learning everything I need to know before I shoot this film: astrology, crystals, chakras, palmistry, arcane symbolism, which things I can burn in my house and when to burn them (the answer is sandalwood, all the time). I still don’t know why sometimes people spell magic “magick,” and I just found out what a Rosicrucian is. But that’s okay.

Because it’s you, too. You’re the Fool. Because there’s just so much we don’t know. About everything. There’s no point being closed-minded, because we’re all the Fool. And the universe is this tremendous place, with space for everything we can imagine.

Except the Evil Eye. I mean, maybe it exists, but don’t give that lady in the West Village $500.