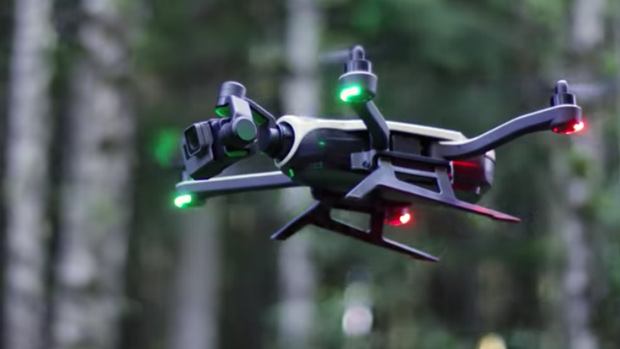 GoPro has announced the newest versions of their action cameras; the Hero5 Black and the Hero5 Session, as well as their own drone, called Karma.

The new Hero5 cameras have the same basic form and shape as the previous Hero4 models — and will fit existing mounts — but amongst other things they add waterproofing (good to 33 feet), so you don’t have to use them inside a plastic shell if you’re worried that they are going to get wet.

The Hero5 Black has the same resolution and frame rate of the Hero4, but adds a touchscreen on the back, which, if you’ve ever had to navigate through the tiny menus screen on the Hero4 Black, you’ll greatly appreciate.

They’ve improved the microphones — it now has three — though the fact that you no longer have to use the camera inside a plastic shell will probably have a greater impact on audio quality.

The new models also add customizable voice control that supports seven languages. I’ve never used voice control with a camera, and having recently seen a friend demonstrate the Amazon Alexa with about a 50% success rate, I’m not sure I’d bother risking using it, but it might be useful for some things. 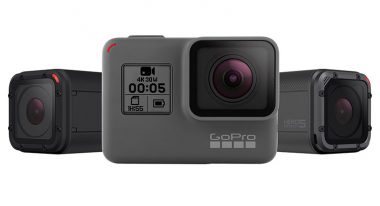 Another new feature is GPS.

Both cameras now use USB-C rather than mini-USB.

Personally, the two features that are most intriguing are the large (for the camera) size screen on the back, and the built-in waterproofing. The large screen is particularly useful as it will make the menus much more useable, and it also provides a preview option without having to sync with your phone. I usually leave the GoPro in the waterproof case too, which seriously effects the audio quality, so the Hero5 for those reasons is a compelling upgrade. The Hero5 Black is $399.99.

The Hero5 Session is the Hero5 without the screen; which leaves you with a very small cube. The Session is billed as being more robust than the Hero5, though that may be just because it’s smaller, has less mass, and has less bits to break. Apart from the lack of touchscreen, it’s highest frame rate at 1080 is 90fps vs 120fps for the Hero5 Black, it shoots 10MP photos instead of 12MP, and there’s no RAW still image support and no GPS. The Hero5 Session is $299.99

New accessories announced by GoPro for their cameras include new charging options, and the Quik Key, a device that lets you connect miroSD cards to mobile devices and then download files from the card. GoPro will sell three different versions; a Lightning port version for iPhone or iPad, and Micro USB and USB-C versions for Android devices.

GoPro Plus
GoPro has announced a new cloud platform. Both cameras will upload video to GoPro Plus through WiFi without having to connect the camera to your computer. Once uploaded, you can edit the videos in the cloud. The GoPro account will cost you $4.99 a month. 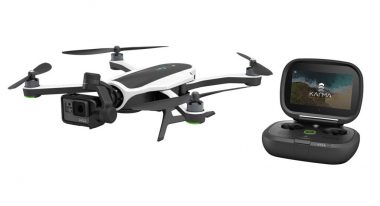 Karma Drone
The announcement of GoPro’s own drone wasn’t a surprise — they had teased it months ago — but the actual product is an easy-to-use, well-packaged design that, though it might not have all the bells and whistles of the competition, could appeal to many users.

The Karma has foldable arms and comes with its own traveling case, and it is compatible with the Hero5 cameras. It will also work with the Hero4 Silver, Black and GoPro Session.

The camera mounts on the front of the drone — GoPro claims this reduces the possibility of the propellers appearing in your footage — and the gimbal arm that the camera is attached to is detachable. Included with the Karma is an extension arm called the Karma Grip, so the Karma is essentially two devices in one; a drone and a handheld gimbal. 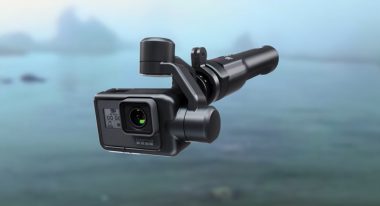 The Karma Grip has buttons to let you turn the camera on and off, change modes, change camera angle, start and stop recording, and add tags to your footage, and it provides almost two hours of battery power for the camera.

The Karma Controller includes it’s own built-in 5” display; you don’t have to use your phone as a display, however it has a function that lets others view what the camera is sending back and control the camerafrom their phone using the Passenger app. This could be really useful for complex shots because it leaves the pilot to worry about the way that the drone is flying while a second person can control the camera angle.

In addition to standard pitch and yaw joysticks, the controller has a dedicated button for takeoff and landing, and it has four “Auto Shot Paths”: Dronie, Cable Cam, Orbit and Reveal. These let you set up simple paths for the drone to follow. Competitors offer similar modes, and a few more. Most significantly—for some users, it doesn’t have one of the latest new drone modes: a “follow-me” mode.

Battery life is 20 minutes and the Karma has a maximum speed of 35mph and can travel a maximum distance of 1000m from the controller. The Karma will power the Hero5 through it’s USB-C connection.

The price for Karma is good, especially considering what’s included: $799 for the drone without a camera, and $1099 with the Hero5 Black. GoPro says that ship date is Oct 23 in the U.S. It appears to be very portable and easy to use, and with the included stabilizer arm, it is more than just a drone. The only thing that might stop me from ordering one right away is that DJI is expected to announce their new model shortly.