“Storytelling in VR is Changing What We’re Used to in Traditional Film”: Yelena Rachitsky on Virtual Reality 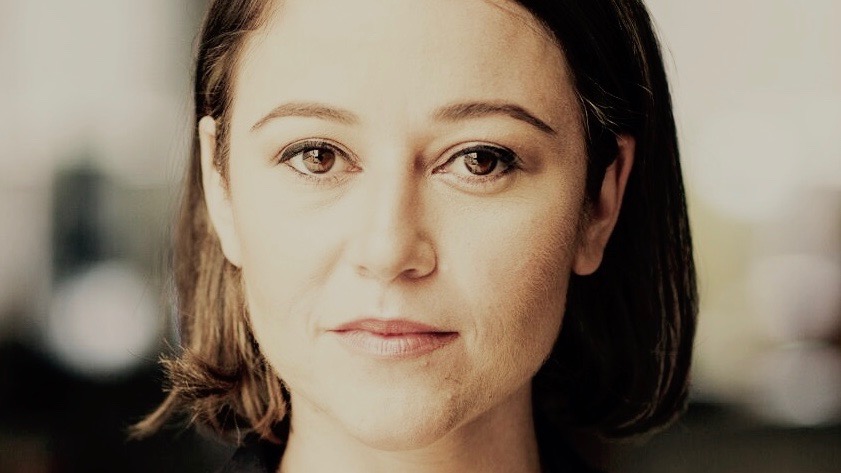 Is virtual reality beginning to be embraced by the mainstream? The question was raised last weekend at IFP Film Week’s Cinema in the Age of VR panel. Roughly 50 people had gathered at the Made in NY Media Center by IFP in Dumbo to hear from four pioneers working at the forefront of VR.

Every year at Film Week, IFP programs The Screen Forward Conference, a six-day event that dissects the current state of independent film. Located this year in Brooklyn’s DUMBO neighborhood for the first time, the event features panels that serve as micro think tanks for the film industry and aspiring filmmakers. The Q&As are the standard kind, complete with oddball commentary and the occasional informed question or two. But the audiences, most of whom hail from the worlds of traditional storytelling, are increasingly curious about the new technologies shaping our cinematic future. And that future is increasingly looking like one in which filmmakers begin to tell stories in new mediums like virtual reality.

With their eyes on the horizon line, film festivals and markets have begun to showcase the best new works emerging from the VR field. At the Sundance Film Festival four years ago in the New Frontiers section, “people gravitated to the VR projects and that set it off,” says Yelena Rachitsky, a creative producer at Oculus and panelist at Film Week’s Cinema in the Age of VR discussion. And just earlier this month, Rachitsky traveled to the Toronto International Film Festival to facilitate VR’s debut in three programs called POP 1 (VR + art + music), Pop 2 (VR + Empathy + Real-World Storytelling), and POP 3 (VR + Experimental Film).

Prior to Oculus, Rachitsky was the creative producer of the annual Future of StoryTelling (FoST) summit. She is a consultant for the Sundance Film Festival’s New Frontier program, and she helped to curate the exhibition and conversations around the future of the moving image at the festival. Rachitsky spent four years in the documentary division at Participant Media, where she worked on films like Food, Inc. and Waiting for Superman. She is a graduate of UCLA.

Oculus started off as a gaming company. Since you were hired, after the Facebook acquisition in 2014, how has your work in the company evolved?

We began to imagine what non-gaming content could look like. It took some time to figure out, but now Oculus and Facebook are really understanding how audiences are interested in other kinds of content. Because of my background, my job has evolved into curation, programming and producing. I’m thinking about what’s working, what’s not working, how people are responding, and how we can continue chipping away at that. We’ve created a category at Oculus called “Experiences” to find interesting thinkers and to support their projects through different initiatives. Everything I’m interested in is furthering creative content creation to continue making VR more interesting.

What kind of thinkers or backgrounds translate best into VR creation?

I try not to get stuck on one idea. Months ago I thought film directors had a hard time transitioning to VR because they’re so used to having ultimate control of a project. VR is about letting go because you ultimately don’t have control over your audience. How do you create space for someone to feel free, to feel like they are making decisions, and still create a playground for them? It’s a delicate balance, and there are subtle ways. I’ve been talking a lot about Notes on Blindness, which is a really powerful VR experience, and the creators are filmmakers who have also made interactive maps. They understand how to create interactivity in VR so that users feel they’re part of and contributing to an experience. People want to be seen, it’s a human thing, like if you think about being in grade school and the teacher calls on you and your body just elevates.

Does an experience in VR need to feel “real” in order to elicit this kind of response? Is it easier to detect phoniness in a VR piece than it is in film?

The buzzword that’s accompanied VR this past year has been “presence,” which I don’t want to continue using because I don’t want it to lose meaning. But the power of VR is in being transported, whether to a real or an imaginative place. In VR, you can feel like you’re in a place or environment having intimate interactions with a character, whether the character is animated or real. And just like in real life how you can pick up on when someone’s lying or disingenuous, you can pick up on it in VR easier than you can in film.

I think of it as a convergence of so many different creative mediums. You can take elements from film, from gaming, which is so much about the user experience, and from immersive theater, which is a human center design approach. Immersive theater is all about the experience of the audience and how they’ll react to something, which translates so well to VR. It’s really about the feeling you are trying to give to a person and how to enable and elevate that.

But VR is private compared to the social experience at a play or film.

A lot of people love going to a theatre because it’s social. The reality is that you aren’t talking to the person next to you as a film is happening. You have a shared experience and then you talk about it afterwards and discuss it, and that’s what makes it social. It’s the same thing with VR. And then there’s Social VR, which several companies are attempting but has a little ways to go. Social in VR is about multiple people in one space, interacting with each other. How do you create a narrative experience within a social VR context? You have to think about the mood, tone, and set design and a framework where interesting experiences drive the social experience forward, something immersive theater has been great at. How can we translate that experience to Social VR?

What’s your biggest focus right now in terms of building the VR experience?

Right now, I feel that it’s most important to enable and support unique and original thinkers. We’re still in a space where we need outside-the-box thinking, so it’s about identifying who has the craziest ideas and having them make it. If everyone is following the same rules as someone else, then we’re just going to continue seeing similar stuff. Of course, I have ideas about what I think works and what doesn’t, but I’m most excited about engaging people in the community and giving them free reign.

What VR rules are meant to be broken?

We used to say, “don’t move the camera,” which isn’t true at all. You can move the camera as long as you give someone a point of focus. The reason we get motion sickness is when our bodies disconnect from our brains. But when we have a point of focus, like when you’re in a car looking at the horizon, that helps it. It’s much more fun to be in motion than to be stagnant. And with acceleration and deceleration, I’m now seeing it done in ways that work. Also, people used to think that everything needed to be from the first-person point-of-view, but not necessarily. Sometimes you are just watching something happen around you, and you don’t always need your identity explained.

Can the inception of a film idea translate to VR or is the approach so fundamentally different?

There’s always a tendency to fit old things into new mediums. But unlike a film set, there’s something really fun in VR about playing with space, with architecture, and understanding how that makes a body feel restricted or expanded. It’s not necessarily about taking cues from how things work in reality. It’s about changing everything up to create more of an experience. With scriptwriting for example, there are so many more components with VR. The script is as much about what happens or what the story is about as it is about creating an experience around what you want the audience to feel, which is not discovered in the dialogue, but in the color and space settings. Also, there are elements of structure, but we don’t need the narrative arc of beginning, middle, and end. The way we use storytelling in VR is changing what we’re used to in traditional film. I’m hoping that the openness of experimentation in forms like art and music can inform larger storytelling projects or new categories that we may not even be aware of right now.

Are there any buzzwords or VR jargon you avoid?

I think there are a lot of words getting overused and the danger is that they stop meaning something. A word like empathy, which is a really important word, is getting used a lot with VR. But the more you say it, the more you forget what you’re talking about, or you stop thinking critically about it. I don’t think there’s necessarily wrong wording, but I do think that every time there’s a new phrase, we should re-examine it every month to see if it’s still relevant. You can use words to make it sound interesting, but when people have an experience with VR and it touches them, they get it. And the getting it is in the trying it.