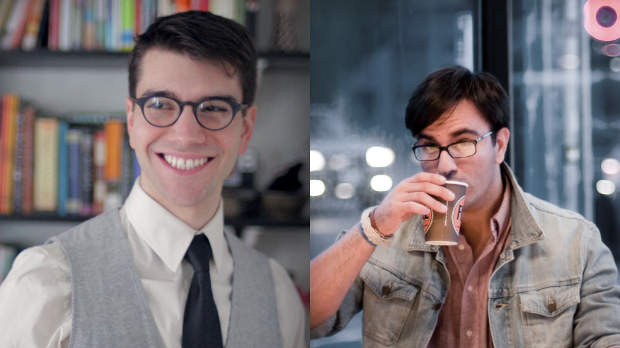 By the time Andrew S Allen and Jason Sondhi posted their latest short, The Thomas Beale Cipher, on the Internet, they had it all figured out. “There’s a myth about online video that you can just put it up and the masses will discover it, that it’s a meritocracy,” Allen says. “But that doesn’t always happen. There are great films online that only have 200 views.” Allen wrote and directed the animated film, Sondhi produced, and they both knew to do things like post it on multiple platforms at once and to immediately mobilize a community of video bloggers to make it go viral before low-view counts tarnished it as damaged digital goods.

But, of course, Allen and Sondhi would know all of this. When they aren’t making animated films like The Thomas Beale Cipher, they’re running Short of the Week (shortoftheweek.com), the online curatorial hub for the best shorts on the Web, now in its fourth year. Of course, their online audience-building strategies would have been for naught if the film itself wasn’t good. But it is. Gorgeous, mysterious and very, very smart, The Thomas Beale Cipher blends different animation techniques (rotoscope, collage) to tell the “based on a true legend” story of a 19th-century cryptographer who left record of his buried treasure in the form of an unsolved code. Allen has conceived of the film as something of a thriller, one concerned not only with buried treasure but also 20th-century modernist design, many examples of which he artfully packs into his frames.

“Ever since I was a child I had an obsession with cryptography—solving codes, trying to write codes,” Allen says. “A couple of years ago when I came across the Thomas Beale story in Wikipedia, I was amazed. Here was the best unsolved cipher and its story had never been told.”

Allen and Sondhi first met when they attended the University of Washington in Seattle. Sondhi has remained in Seattle, where he writes and works in documentary production, while Allen is now a creative director in New York. “Andrew brought me in reasonably late in his own creative process,” says Sondhi about The Thomas Beale Cipher. Sondhi describes finding the actors for the short through craigslist and postings at Northwest Film Forum and the University of Washington theater department, where they shot the rotoscope material on a Panasonic GH1 against a black velvet screen. They premiered the short locally, at the 2010 Seattle International Film Festival, but, says Sondhi, “we didn’t get into other big festivals, like Sundance or Tribeca. We started to feel some self doubt.” Still 20 festivals did program the film, and by January 2011 Allen and Sondhi launched it online. Says Sondhi, “It was snapped up really quick. People into animation, unique visual aesthetics and the motion graphic design community all really got behind the film. But it also attracted people into math and coding.” Viewer interest was stoked by 16 hidden messages in the film — “two requiring a genius mind to decrypt.”

Next for Allen and Sondhi is not a film but a new program called “Short of the Week Presents,” in which the two leverage their knowledge base to launch and promote shorts by other filmmakers online. “There’s a disconnect between the old filmmaking world and online distribution,” adds Allen. “We’re helping bridge that gap.” — Scott Macaulay

The Thomas Beale Cipher from Andrew S Allen on Vimeo.