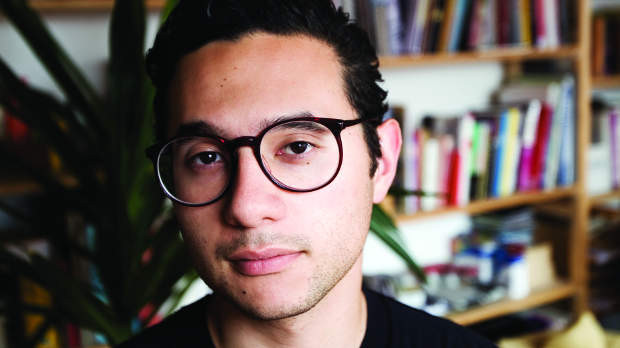 A typical route for an archetypal, coastal-based independent filmmaker might look something like this. First, one goes to film school, hopefully at either one of the well-known private universities in New York or Los Angeles (Columbia, NYU, USC) with large alumni networks, or at one of the big state schools with laudable programs (Texas at Austin, UCLA). Ideally one makes a killer short that catches the attention and gains the respect of the gatekeepers. These individuals, whether they are agents, sales reps, festival programmers or writers for Filmmaker, may help a new filmmaker get the recognition and reputation within the industry that generates paying work. Or perhaps in the absence of that calling card short, our archetypal neophyte starts p.a.-ing, assisting and interning while making his or her own work on the side. Often without independent wealth, these routes leave our young filmmaker saddled with significant amounts of debt.

Kitao Sakurai wanted none of that. Convinced that being saddled with debt from film school would be crippling, he dropped out of college almost immediately upon enrolling and got started on his own work. “I had directed in high school, films that got me on the festival circuit, and it was through that experience that I actually started d.p.-ing,” recalls the versatile 26-year-old filmmaker, who after getting his start as a child actor on such films as Best of the Best 3: No Turning Back and Dogma transformed himself into an in-demand cinematographer, ultimately lensing Ry Russo-Young’s Gotham-winning You Wont Miss Me.

Last year he climbed into the director’s chair again for the beguiling Aardvark, a strange and memorable feature directorial debut. Shot in Sakurai’s hometown of Cleveland, Ohio, Aardvark coolly observes a blind ex-alcoholic who becomes an amateur sleuth when his black martial arts instructor is murdered. Ravishing to look at, it’s likely the only feature film ever made to star a man, the inimitable Larry Lewis Jr., who has been blind from birth. “While Larry doesn’t have any physical sight, he has a profound visual understanding,” claimed Sakurai, who says directing him was not unlike directing anyone else. “Communicating visual ideas to him was surprisingly easy.”

After world premiering in Locarno (following a summertime Rooftop Films/indieWIRE preview screening), Aardvark has had an impressive run on the international festival circuit, making stops in Rotterdam, Warsaw, Munich, Krakow, Thessaloniki and Brooklyn.

Sakurai and his producing partner Andrew Barchilon, who work together under their Naked Faces banner, are currently in post-production on a pilot for Adult Swim while prepping features that they both plan to direct in 2012. Sakurai’s is a period piece that involves a young man’s obsession with American swimmer Greg Louganis. “I’ve done a lot of circus work. I was a flying trapeze artist as a side gig and I have a troupe in Brooklyn I perform with. So I’ve always been fascinated with aerial perfection,” explained Sakurai, who plans to star in the film. — Brandon Harris