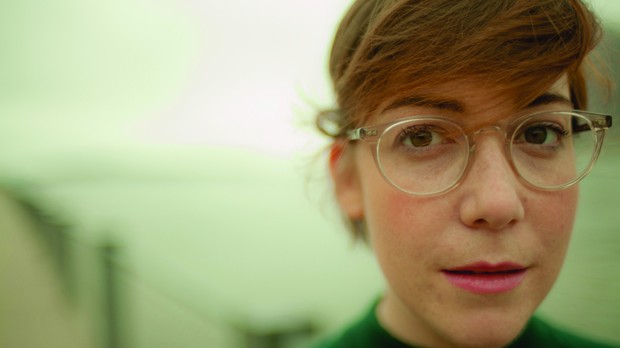 When pitching her first feature, The Fits, in Venice last October at the Biennale College Cinema, producer-turned-director Anna Rose Holmer twitched. Describing a pivotal moment in the script — when the first of a group of high school teenage dancers experiences, while dancing, a sudden epileptic fit — Holmer allowed her right shoulder to jerk sharply backward, swaying for a moment on one foot before grounding herself on stage and continuing to describe her story. It was a blink-and-you-missed-it moment. And if, for a second, some in her audience — Venice Film Festival Director Alberto Barbera and a group of industry mentors — ascribed it to nerves, they quickly figured it as a savvy and, yes, well-rehearsed moment of showmanship cleverly importing the anxieties of Toni, Holmer’s pre-pubescent teen protagonist, to the shores of Venice.

Currently in postproduction, The Fits — inspired by true events — blends a teen coming-of-age tale with an eerie meditation on media-fueled social contagion. Eleven-year-old Toni strives to become a member of her local dance team. But when, one by one, the dancers are struck with unexplained epileptic fits, she sees herself as the cause. The Fits — financed through the Biennale College Cinema’s micro-budget initiative — blends naturalistic dialogue scenes with stylized dance sequences choreographed by another ’15 New Face, Celia Rowlson-Hall, in collaboration with her actors. Says Holmer, “[producer] Lisa Kjerulff and I wound up living on location in Cincinnati, and we brought on the coach of the dance team as an associate producer. We got the permission of a local community center to shoot there, and we made our process an open book. The kids, they participated in the choreography of the fits — it was all about bringing them into the process.”

Hailing from Upstate New York, Holmer attended New York University undergraduate, where she studied cinematography and then went on to first a.c. for d.p.s like Jody Lee Lipes, whose Ballet 422 she also produced. It was working on docs like Northern Light (as an additional cinematographer) and Teenage (as a still photographer) that convinced Holmer to move more toward producing, which she did with Jody Lee Lipes’s Ballet 422. (“When I started doing docs,” she said, “all the creative roles became hazy.”) Now she’s finding further gratification with the switch to directing. On The Fits, she says, “I was expecting to be torn more between my producer and director brain, but the moment we got [to Cincinnati], I didn’t have the emotional capacity to worry about being torn. Being a director is so much about being present and vulnerable and emotional; it is very easy for me to just be present as a director.”

Calling herself “fairly introverted” within a social industry, Holmer has realized that there is “a performative aspect to directing” and has adjusted her behavior accordingly, just as she did in Venice. Remembering her pitch twitch months later, Holmer laughs. “There’s a direct line between that moment in the pitch and Toni’s fit [in the movie],” she says. “Watching it onscreen, I see them both at once. I feel them in my body. And it was at that moment in the pitch that I realized for the first time that there was no turning back — I had to do this film.” — S.M./Photo by Tayarisha Poe