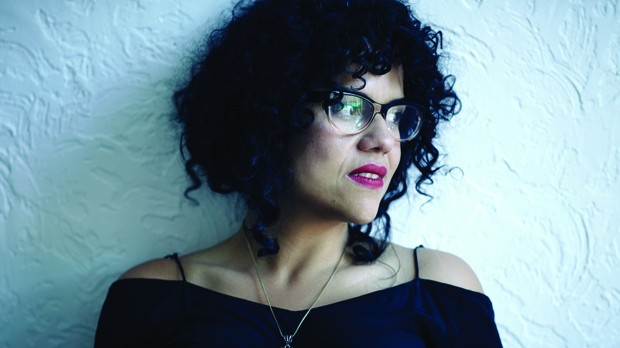 “In 2008, my mother found a box of decaying 8mm home movies and several hundred slides in the garage, and she called me in Minnesota and said, ‘Do you want this stuff?’” So began Cecilia Aldarondo’s first feature Memories of a Penitent Heart, currently in postproduction and on track for a festival launch next year. The home movies and slides shed light on Aldarondo’s uncle Miguel, who died in 1987 of AIDS. His status in a Puerto Rican family intolerant of homosexuality was always a shadowy matter, and Aldarondo — who had vague memories of attending his funeral as a young girl — was determined to find out more.

As Heart shows, that wasn’t easy. A lot of detective work went into finding Miguel’s old partner Robert, who eventually resurfaced in the unexpected form of a priest named Father Aquin. His reemergence ties together Aldarondo’s first-person documentary investigation, which covers a great deal of ground: the tensions of ethnic identity, Puerto Rican culture’s relationship (and frequent inability to tolerate) the LGBT spectrum, the history of AIDS and gay culture in the ’80s and a personal familial history intersecting with all of the above. “The official story was, ‘Oh, he was this brilliant, talented, would-be Broadway actor, who died young, and he was great and he was funny and we miss him so much and we’re so proud of him,’” Aldarondo recalls. “The unofficial story was that he was gay and that he had a partner, but in his final months, he saw a priest and got right with God.”

Heart, which recently completed the first phase of the IFP Documentary Lab, draws on extensive footage from the family archives, whose textural contrasts are as evocative as the onscreen conflicting testimonies of friends and family. Aldarondo says she’s very interested in these kinds of textural contrasts: “I think some people, when they work with archival material, get really anxious when it’s kind of screwed up or in the state of disrepair, decay. And to me, that’s just worth mining.” From 8mm to a Helical Scan tape she couldn’t even identify the format of when she first discovered it (it was eventually identified by the Bay Area Video Coalition), Heart assembles a richly sourced narrative.

This is Aldarondo’s first official film: her two master of fine arts degrees are interdisciplinary and theoretically based, rather than rooted in production training. Though she took a few production courses that resulted in “a really terrible narrative film that will never see the light of day,” this represents her first real film, effectively the product of self-tutoring. Early on, production was financed by family, friends and separate Indiegogo and Kickstarter campaigns; now, thanks to participation in Sundance and IFP labs, the end of the production path seems clear. While completing the film, Aldarondo will begin teaching at Skidmore College’s English department in the fall. “Part of how I approach film is by doing research and thinking about things and writing about them,” she notes. “So I don’t see myself not doing that or not being a writer, as well. But, for right now, filmmaking is so consuming.” — V.R./Photo by Flora Hanitijo