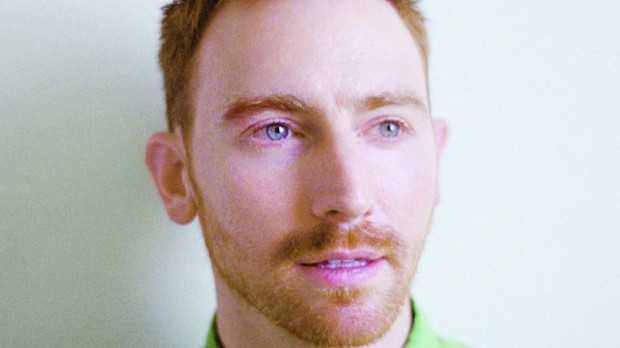 “I moved to L.A. a few years ago,” recalls filmmaker and animator Ian Samuels, “and it was a transition. Being in your twenties, navigating your social life, career, relationships — I made a lot of mistakes. And I wound up giving that baggage to Myrna.”

Hovering just around 3 feet, Myrna — the star of Samuels’s breakthrough short, Myrna the Monster — is a melancholy, squeaky-voiced (by Kathleen Hanna) creature who just happens to share the same social anxieties as any normal-size humanoid struggling to make a connection in the big city. Whether carting her clothes to the Laundromat, chilling at the beach or taking part in a desert fireworks party, Myrna gives voice to that part of us searching for meaning amidst a sea of likes, favorites and Internet-enabled hook-ups.

The MTV-commissioned Myrna the Monster has garnered Samuels a rash of attention following its premiere at the 2015 Sundance Film Festival, but the director has worked in puppetry and animation for years — since his childhood spent in Springfield, Mass., and summers visiting his grandmother in France. “There was so much puppetry going on [in Europe],” Samuels recalls. “I loved it.” After graduating from Bard, where he explored stop motion animation, he moved to New York and went to work for Sesame Street. “I started as a temp,” Samuels says, “and ended up working in production. I wrote the English lyrics to a song and would pack the puppets to ship internationally.” Soon, though, Samuels decided to move to Los Angeles and study at CalArts. “Sesame Street was great, but it was an institution,” he comments. “I didn’t feel like there was a real place for me. At CalArts, there is a puppetry program, and I could study integrating puppetry with live action in a way that felt more modern.”

Citing influences, Samuels dutifully references the expected adult animation heroes before admitting that he prefers to integrate animation into more naturalistic environments. “I love the Brothers Quay and David Lynch, but theirs are surreal ‘other worlds.’ I’m trying to keep everything in our world. I guess that’s why I like E.T. — you feel like you’re at home, and then something strange enters.”

While Myrna continues to storm the festival circuit — recent stops have included Outfest, the Los Angeles Film Festival and Norwegian Short Film Festival — Samuels waits for the short to appear on MTV Other and is working on a feature, Taxidermy, which he says, “is not a comedy. It’s a bit darker than [Myrna] — closer to my earlier shorts. But I’m still pushing to integrate puppetry, live action and practical effects with raw and grounded characters. So that part is the same.” — S.M./Photo by Kin Chan