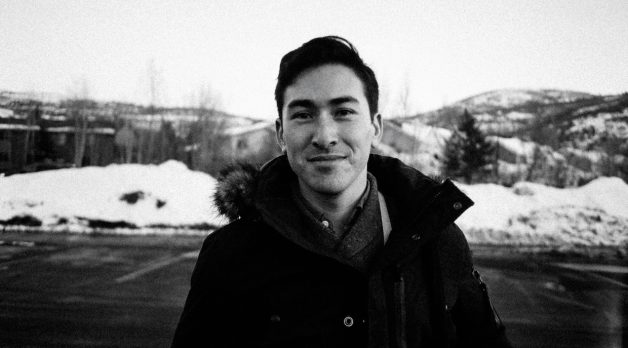 Equally adept with fiction and documentary, editor Daniel Garber has worked on films as varied as Sierra Pettengill and Pacho Velez’s all-archival The Reagan Show (2017), Daniel Goldhaber’s thriller Cam (2018) and Lance Oppenheim’s nonfiction Florida retirement community portrait Some Kind of Heaven (2020). Despite the differing modes and materials of each work, Garber’s fleet, frequently rapid-fire cutting is responsive to each individual challenge and informed by an interest in shaping story from production to post. Documentary filmmaking, he notes, is a crucial example of writing in post. In that sense, working on nonfiction isn’t that different from the f/x-heavy Cam, “a film about a woman who’s recording herself” online, Garber says. “We were constantly rewriting chats that were showing up onscreen; we could put basically whatever image we wanted to on the screens.”

Growing up in California, Garber taught himself how to edit on Premiere in high school. At Harvard, his production program almost immediately erased any binaries between fiction and nonfiction. As Garber notes, the undergraduate track at the time required all students to work on nonfiction projects before moving on to fiction. Pursuing an editing track was, he says, something he “fell into—it was something I had to learn.” A key moment came while on a student shoot with future collaborator Goldhaber: “We hadn’t slept the night before because we were up editing through the late hours and had to shoot that morning,” Garber recalls. “We were trudging through the snow with Pelican cases full of gear. It was miserable—night in this not so great part of town, really cold and snowy. I realized in that moment it was the only thing I wanted to be doing, because no matter how miserable it was on the surface, it was also the best thing that I could imagine doing with my time. That’s when I decided to commit fully.”

One of Garber’s first projects was The Reagan Show, which he entered at the earliest research stages, “ingesting archival for fundraising samples to get a sense of where we were taking it.” For editors, he says, an all-archival project is particularly appealing because “it’s entirely made in the edit. You’re working with something that’s been conceived for some other purpose, or maybe no purpose at all. In the case of the Reagan archives, it was just the U.S. government creating a record of things that happened with as neutral a perspective as possible. As an archival editor, you’re fighting against the original purpose of what the material was and reframing it.” Another all-archival project, Pettengill’s recent short, The Rifleman, made its festival premiere at this year’s Sundance and won the Short Dox Award at Dokufest. In telling the story of pivotal NRA leader Harlon Carter, Garber found himself alongside the director scanning copies of American Rifleman, the NRA’s longtime publication. “She had many, many issues laid out on the floor of her studio,” he recalls. “There were so many pages to scan in that it was too slow to scan them in in high-res—we had to scan them in at a much lower resolution, cut, figure out what was going to be in the film, then re-scan some of them.”

Other recent projects include cutting the forthcoming, as-yet-untitled narrative feature from Sarah Adina Smith (Buster’s Mal Heart) and serving on the editorial team of Garrett Bradley’s three-part Netflix series about tennis player Naomi Osaka. As a writer, Garber is also developing Part-Time Lover, a script whose tone he describes as an “unromantic comedy.” “I feel like the experience of being biracial is a strange experience,” the Japanese American Garber notes, “because people expect you to classify yourself more as one thing than another, and I think the same thing is true of jobs in the film world. People see me as more Asian than Jewish or more of an editor than a writer. Ultimately, it doesn’t really matter to me how people see me in the world, but it takes some time to arrive at that kind of comfort with not being pigeonholed as only doc or only fiction. The kinds of things I edit are all interesting to me for a variety of reasons, but they’re not things I would choose to write or direct myself. Editing is like a passport to other people’s worlds, a way of broadening my cinematic horizons.” — VR