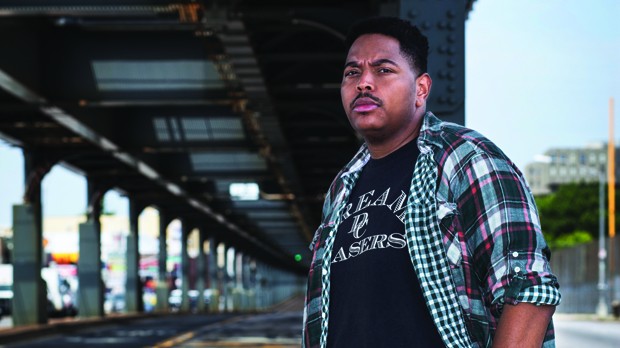 Thirty-three-year-old Houston native Darius Clark Monroe’s feature documentary debut Evolution of a Criminal is an unflinching and unusual cinematic self-portrait, the type few directors are ever in a position to make, let alone pull off with such intimacy and panache. In high school, motivated by his families’ difficult economic circumstances, Darius and two other teens robbed a local bank. Years after the resulting prison stint, Monroe — an alumnus of the University of Houston and New York University’s Graduate Film Program — decided to embark upon a project that would bare his guilt, reasoning and ability to transcend a childhood error, one that could have completely derailed many others’ lives. “I was in New York City, and I was actually inside of a bank, and while I was in line, I started having a panic attack,” recalls Monroe, who now resides in Bedford-Stuyvesant, Brooklyn. “I always knew I wanted to apologize but I didn’t know where, and I definitely didn’t plan on it being part of a film.”

Supported by the Austin Film Society Grant, the Spike Lee Production Fellowship, the Warner Bros. Film Award, a Cinereach Grant and Tribeca All Access, Evolution of a Criminal world premiered at this year’s SXSW Film Festival. After a robust spring and early summer festival run, which included the Grand Jury Prize at Full Frame, the film has acquired significant champions, such as New Yorker film critic Richard Brody, who said the“terrific movie” announced “the birth of an artist.” Reenactments of the robbery and its aftermath are juxtaposed with archival footage of Monroe’s family and contemporaneous interviews with the director, parents and relatives, co-conspirators and some of the individuals who were in the bank that day. That mix of materials wasn’t something the filmmaker planned initially. “I wanted to go down and track down the people who were inside the bank and apologize,” Monroe says, “but talking to my mom, I realized that none of us had really talked about it, none of us had really explored what had happened and why it had happened.”

Monroe, who has also made a pair of celebrated narrative shorts (2006’s Testify and 2007’s Midway) is currently attempting to put together a narrative feature titled Year of Our Lord, about a family on the run with their young son, who is mistakenly thought to be a supernaturally gifted, Christ-like faith healer. Mobbed by people in need of healing and looking for a miracle, all sorts of unsavory characters vie for a piece of the action, including a mysterious relative who leads a Southern faith healing church. “It’s a thriller dealing with sexuality, masculinity and power dynamics,” Monroe says. “Even in 2014, representations of black people are quite limited in cinema. And yet, in my day-to-day life there’s so much complexity, so many different types of black people. My goal is to hopefully use the medium to suggest these complexities.” — B.H.