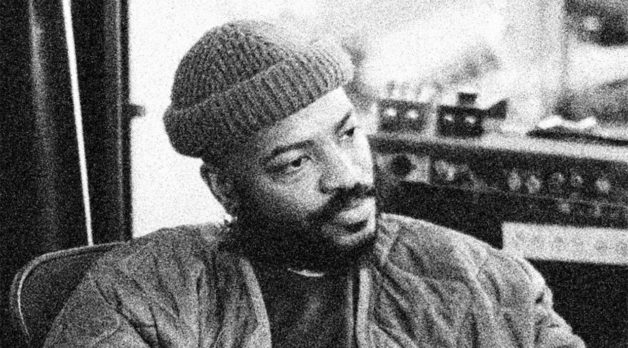 In a way, Hollywood was always within earshot of Darol Olu Kae’s home in Watts, Calif., but he didn’t consider filmmaking a possibility growing up. The road to such a career was shrouded from view, as was the integral role his hometown played in myriad Black arts movements, particularly free jazz—Watts being the home of the Pan Afrikan Peoples Arkestra, or Ark, a non-traveling music ensemble, founded in 1961 by the late avant-garde jazz virtuoso Horace Tapscott (composer for the LA Rebellion films Passing Through and As Above, So Below, directed by Larry Clark). It would take leaving home and coming back with a new point of view to see this rich cultural history. “We assume we know the things closest to us,” Kae explains. “But there’s a difference between closeness and understanding.” So, he went into deep research: “I still didn’t think I could make films, but I knew I had this thirst for information and history that was hidden from me.” He graduated from California State University, Dominguez Hills with a bachelor’s degree in Africana Studies before starting two different doctoral programs as a graduate student—Visual Studies at UC Irvine and Cinema & Media Studies at the University of Southern California. In the latter program, he wrote a dissertation on the LA Rebellion, inspired by UCLA filmmakers who wrote about their creative processes, which helped Kae to demystify production workflows and realize he had the ability to make films himself.

Kae then felt a responsibility to make production more accessible to future generations, serving as the programming director of The Underground Museum’s Future Filmmakers Program in Los Angeles and the teaching artist/curriculum developer at Centennial High School’s film program in Compton, where he exposed students not only to established directors, but grips, gaffers and editors. After collaborating with Arthur Jafa on various projects and Khalil Joseph on BLKNWS and securing a residency at Echo Park Film Center, it was finally time for Kae to make his first short, I ran from it and was still in it, in which he combines everything—from soundbites of Baldwin, Tapscott, Julie Dash’s Relatives and Billy Woodberry’s Bless Their Little Hearts to Kae’s own voiceover, video diaries and home videos of himself and his kids.

Tapscott also features in the filmmaker’s second short, Keeping Time, this time forthcoming on video rather than just audio. But although the film uses some archival sounds and images, it sees Kae operating in a new docufiction mode. Micky, a 26-year-old musician, has been appointed the new bandleader of Watts’s Ark music ensemble by its eldest members. He accepts the responsibility of sustaining the generation-spanning group, whose real performers indistinguishably alternate between acting and being themselves on screen. In rediscovering and engaging more deeply with his hometown, Kae naturally befriended these musicians. By the time he pulled out a camera, he had already been immersed in their lives as a neighbor and a friend for a year—it took him two more to finish the film. This, he says, is the “Haile Gerima or [Pedro] Costa way of working with a community for a protracted amount of time, not rushing anything. It’s not this military operation where you cordon things off, extract information and jet.”

Kae will carry many of the relationships and the research from Keeping Time into his first feature film, Without A Song, “a fiction film based on the reality of the free jazz movement” and inspired by Black ex-pat musicians like Archie Shepp, Fuasi Abdul-Khaliq and David Murray, who left the United States for European locations like Copenhagen, Berlin and Paris. As part of his writing process, Kae is interviewing or, as he says, “listening” to such artists. Through the structure of his films, Kae is attempting to preserve fading eras by not only recording them but interweaving them into the fabric of the present and future. “A certain type of person is no longer here with us,” he says. “This moment is not going to produce another Pharoah Sanders, Alice Coltrane, or Don Cherry. In every era, we’re losing something, and I think we can become flippant when a certain generation is in decline.”—AEH/photo by Sam Lee