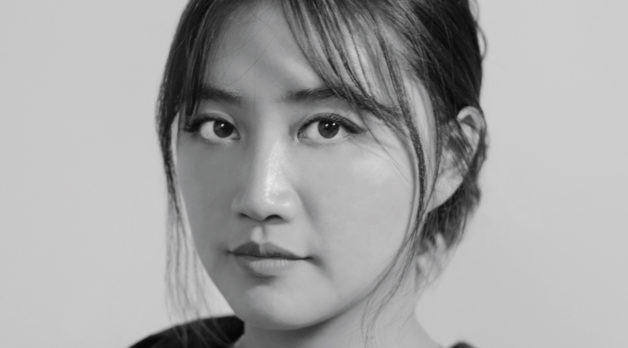 “There’s a need for a cultural component of political organizing,” says documentary filmmaker Ash Goh Hua via Zoom while visiting South Korea for a week-long fellowship. “I can come in as a cultural worker, essentially, and create things that support grassroots political movements.”

This mentality was the catalyst behind I’m Free Now, You Are Free, Ash’s debut short released by POV in 2020. The film captures the reunion of Mike Africa Jr. and his mother, Debbie Sims Africa, who was arrested in 1978 because of her involvement in the Philly-based political organization MOVE. Africa and eight other members (who became known as the MOVE 9) had their communal residence attacked by police, resulting in a shootout that fatally wounded an officer. Africa, eight months pregnant at the time, and the MOVE 9 were each sentenced to a maximum of 100 years in prison. After 40 years of political incarceration, she was released in 2018, finally reunited with the son she gave birth to just a month into her sentence. Now a father himself, Mike navigates the euphoria and awkwardness of getting to know Debbie, and she Mike, after decades of enforced estrangement.

“Political organizing preceded the film,” says Ash. “I met Mike through abolitionist circles, and we just started making this.” Originally, Africa Jr. had asked Ash to collaborate on an oral history of his life. Ash then convinced him to incorporate a visual element, which would capture a snapshot of his budding connection to his mother: “What drew me to I’m Free Now, You Are Free is that I have my own mommy issues.”

Indeed, the filmmaker’s relationship with their mother is unflinchingly explored in The Feeling of Being Close to You, Ash’s most recent short, which premiered at Palm Springs International ShortsFest earlier this year. By juxtaposing their father’s recently digitized archive of home movies with a taxing present-day phone call with their mother, the filmmaker is finally able to address (and perhaps even begin to heal from) childhood trauma. “When I talked to my mom about wanting to make this film, it was very difficult,” they say. “But we both wanted a connection to each other. When I moved to the U.S., I went a long time without talking to her. She decided to take a leap of faith and say yes to my project.”

Born and raised in Singapore, Ash originally had “grand ideas” of shooting The Feeling of Being Close to You as a feature there, but COVID, coupled with the daunting task of confronting their mother in person, curbed those plans. Still, helming this short remotely was incredibly taxing in its own right. “The phone calls were long, and we ended up talking over the span of a year,” they say. “It was important to take time in between these calls to process things and continue talking without filming it.”

After graduating with a BFA in digital filmmaking from Singapore’s Nanyang Technological University in 2016, Ash moved to Austin, Texas, where they previously spent a semester abroad as an exchange student. After living there for a year, they relocated to New York City. However, they are currently hoping to figure out a way to live and work between NYC and Singapore (“Being in Seoul right now is really dope because I’m making those connections.”)

The next project on the docket is Ash’s debut feature—temporarily known as Untitled Kiento Film—which will follow a burgeoning reggaeton artist who is also a close friend of the filmmaker’s. In late development (and still seeking funding), the film hinges on Kiento’s long-awaited return to his hometown of Medellín, Colombia, which he has not been able to visit for roughly 20 years. As an undocumented trans man, he also worries that his homecoming trip might be terribly fraught. “What really drew me to the project is the material that already exists,” says Ash. “There’s some VHS footage from when he was a kid, but there are also these video diaries that he recorded of himself when he was transitioning, photobooth videos from the 2010s.”

While they wait for production to pick up steam on Untitled Kiento Film, Ash patiently awaits The Feeling of Being Close to You’s debut on the New Yorker’s digital site on December 23. Despite mounting recognition and opportunities within the documentary world, the filmmaker staunchly believes that each project they tackle must act principally as a prospective tool to dismantle oppressive hierarchies. “If you’re in a room of people who are not convinced of abolition, and you come in with facts and statistics, they’re not going to get it,” Ash concludes. “Ideology is emotional. That’s why films can shift the dominant ideology.”—NK/photo by Kristie Chua