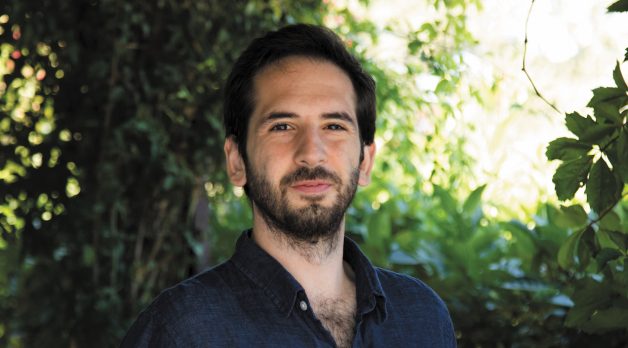 Deniz Tortum’s Phases of Matter explores Istanbul’s Cerrahpaşa Hospital, where Tortum’s father has worked for 30 years, and where Tortum himself was born. Viewed in near–final cut form, Matter bears a meaningful relationship to the signature works of Harvard’s Sensory Ethnography Lab (SEL), where Tortum studied. With sound design by SEL’s in-house go-to Ernst Karel (Leviathan), Phases of Matter immerses viewers in the hospital without much prefatory content. Cheerful amongst themselves but serious about their labor, doctors and nurses convene for meetings and interact with patients. About 30 minutes in, a spectacular camera movement disrupts the low-key film language, exiting the operating room and swooping out into the hallways, taking in rooms as it passes in a dazzling exploration of space.

Born in Istanbul and based in Oakland, California, Tortum was introduced to world cinema through the Istanbul Film Festival. The works of Turkish directors, particularly Nuri Bilge Ceylan and Zeki Demirkubuz, “were the most motivational, in the sense of ’Oh, I also can do cinema.’” At Bard, Tortum studied under Peter Hutton, Peggy Ahwesh and Kelly Reichardt. After graduation, he lived in New York, working as a videographer and editor; while there, he became interested in art games and new media. Cross-registered at MIT and Harvard’s SEL program, Tortum began exploring VR. September 1955 (2016), created with architects Çağrı Hakan Zaman and Nil Tuzcu, places the spectator in the middle of a shop in the middle of a pogrom; last year’s Floodplain (which premiered at the Venice Film Festival) removes the option of walking through the location, instead locking viewers in the center of a 360 landscape. Ambiently unnerving, its narrative revolves around a mysterious tree that sends those around it to sleep; the starting point was “the experiment of embodying a forest.” “I have a love/hate relationship” with VR, Tortum explains. “If I think about Peter Hutton’s landscape films, a medium like VR is almost much more open to that type of meditative, slow cinema. The medium becomes about how you can bend reality; when you’re walking straight, you just don’t move but the environment around you changes.” Matter’s finale merges cinema and VR; its laser scanner images, a point cloud mapping of the hospital that almost looks like a constellation, were originally generated for an incomplete VR version of the project.

Before Phases, Tortum codirected, with Can Eskinazi, a documentary following a Turkish rock band on tour, Anatolian Trip, which premiered earlier this year in Turkey. Phases of Matter is currently planning on a festival premiere later this year or in early 2020. Tortum is developing several new projects, including a climate change horror film and a VR project also about climate change and simulation hypothesis. He plans to continue working in both mediums, although climate change anxiety underpins every thought process: “There’s always one motivation, but you lose sight of it and are like, ’Who’s going to watch films in 30 years?’” — VR/Photo by Ainsley Sutherland