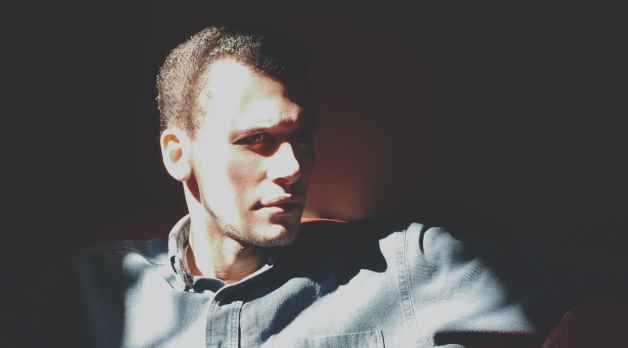 “You know how you have a dream about someone and it infects how you see them the next day? I was interested in that,” says James N. Kienitz Wilkins, explaining his narrative approach for the Andre trilogy, a destabilized noir made up of three short films, together running about 60 minutes. Recently completed and screening at various festivals this spring, Wilkins’s trilogy elliptically reveals the story of a small-time art heist. The action, however, is off camera as the three films focus on the dreams, memories and idiosyncratic theories espoused by each chapter’s respective narrator. Their stories contaminate one another, circling back on one another with an uncanny logic. “It’s hard to tell who is in control,” Wilkins notes.

The trilogy updates linear narrative structure for our networked reality. “I really don’t think I could be a filmmaker without the Internet,” says Wilkins. In addition to reflecting Internet logic in his work, Wilkins finds materials for his films on the web. The second short film in the Andre trilogy, TESTER, repurposes a beta SP tape that came inside a VCR that the director ordered off eBay, while his first feature film, 2012’s Public Hearing, repurposes the transcript from an upstate New York public hearing that Wilkins downloaded from the town website.

At 32, Wilkins attributes his film’s relationship to technology to coming of age at a very particular moment. “When I was 12, that was when AOL hit a million users,” he notes. “Puberty for me was the turning point when the Internet became a normal thing just starting to penetrate suburban life.” As a teen webmaster with coding skills, Wilkins had an early handle on the online life, but he also remembers pre-Internet reality. “I began making movies when I was nine or 10, editing from VHS,” he says. Wilkins grew up in Maine, and he’s stayed in New York ever since studying art in undergrad at Cooper Union. His films traffic in the liminal space between visual art and independent filmmaking.

Right now, he’s three years into a project, conceived in collaboration with Robin Schavoir, that the director describes as a mix between Snow White and the Seven Dwarfs and Plato’s Republic. “It’s a feature film that has no representational images because we couldn’t afford to shoot it,” he adds. Wilkins is also about to begin shooting a sort-of sequel to Public Hearing about jury duty. “I believe there is tons of new territory to be explored,” says Wilkins, who’s intent on making films that don’t just remake independent films of the past. “I’m willing to go where it needs to go.” — Whitney Mallett/Photo courtesy of James N. Kienitz Wilkins