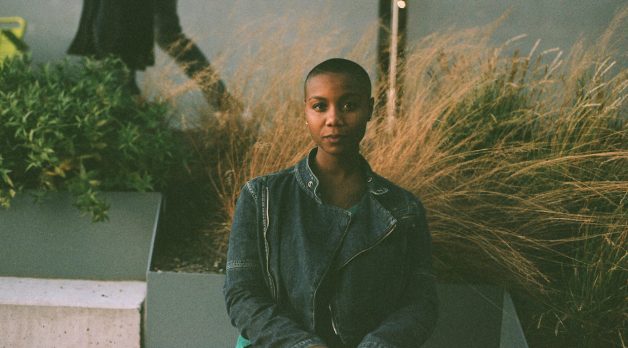 “James Baldwin says, ‘… nothing can be changed until it is faced,’” says filmmaker Ja’Tovia Gary, explaining her autobiographical documentary, The Evidence of Things Not Seen. “So, I’m having to have difficult conversations with myself that I wouldn’t be having if it weren’t for this film.”

Now in postproduction, Evidence is, says Gary, “a portrait of one woman’s effort to transcend the trauma of her history.” Begun as a biographical film about her mother, the work expanded into an examination of Gary’s entire family lineage and, finally, a kind of personal essay. Gary interviews her parents, 80-year-old grandmother, siblings and former lovers to create “a composite portrait of myself.” And while the filmmaking process has been “therapeutic and uncomfortable and destabilizing,” Gary is quick to note Evidence is not intended as “a navel-gazing exercise.” “I’m looking at history,” she says. “The film is centered around the idea of transgenerational trauma — trauma can be imprinted in the DNA of our ancestors and transmitted down the line. Are we trapped in these repeated intrinsic patterns or can we access transgenerational wisdom and free ourselves from them?”

What makes Gary’s work — not simply the work-in-progress samples we’ve seen of Evidence but also experimental shorts like An Ecstatic Experience — so compelling is her fusion of these personal ideas with a historical point-of-view on both the history of Black cinema and the moving image itself as it has journeyed from analog to digital creation. In An Ecstatic Experience, Gary reappropriates found footage — protests, African-American church services, a Ruby Dee monologue — and creates animation directly on the frame by scratching the celluloid. “It’s interesting to me to meld these vintage, earlier techniques of handmade filmmaking, cameraless filmmaking, with the digital,” says Gary. “A lot of my work is interested in traversing temporal spaces — crossing time, contracting time — whether that’s via subject matter or technique.”

For Gary, previously an actress and voiceover artist, becoming a director was “a power move,” she says. “I was getting debasing roles. In Grand Theft Auto IV, I was the voice of a drug dealer’s battered girlfriend, and you as a player would opt to save me or not. I wanted control over my image.”

When she’s not finishing her own work, the New York–based Gary, who has an MFA in social documentary from SVA, teaches editing at the New School and animation at Mono No Aware. She credits her interest in personal documentary to one of her professors, Michel Negroponte, who introduced her to more experimental off-syllabus work, including Chantal Akerman and Stan Brakhage. In conversation, she freely references artists across generations of Black cinema, from Haile Gerima to Julie Dash, Kathleen Collins to Marlon Riggs.

Gary is also a member of the New Negress Film Society (along with 2014 25 New Face Frances Bodomo). “We are carving out our own space for Black women filmmakers in the industry,” says Gary, “providing exhibition space, putting on workshops for young people about digital filmmaking, and teaching economic empowerment — basically, how to survive capitalism as a marginalized artist!” — SM