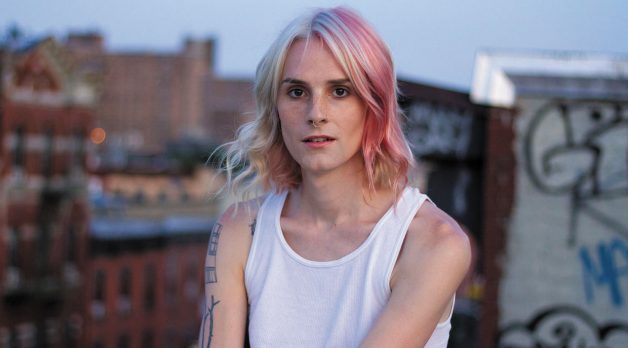 “For me, documentary and fiction are the same things,” says Jessie Jeffrey Dunn Rovinelli. “They are all sets of tools and histories, and I want to pull from them all in order to develop my own way of viewing the world.” Rovinelli’s second feature, So Pretty, which premiered at this year’s Berlinale, bears this out: A group portrait of young people in various states of transition, it translates Ronald M. Schernikau’s 1980s German novel So Schön to contemporary New York. Politics unavoidably enter the film, but there’s a counterbalancing warmth to Rovinelli’s deceptively lowkey tone — big narrative turning points are deferred in favor of the shared company of people who enjoy one another’s presence. Those onscreen are played by friends and acquaintances, all clearly queer and trans (which the film deliberately avoids noting), assuming the names of Schernikau’s characters while retaining their palpable personal energies. The result is a fully staged work with the flavor of a particularly disciplined nonfiction film.

Rovinelli went to film school at Wesleyan, but, she says, “my real education was in the movie theaters of New York City.” Working as a film critic after college “gave me an understanding of what the landscape of film looked like at the industry and aesthetic levels.” The goal was always to make work, but she ultimately “fell into feature filmmaking by mistake.” The starting point was a 2014 short, Fuck Work, primarily composed of a session between a sex worker and her police officer client. Some of its static shots bear traces of the formal rigor to come, but the overall attempt to strike “a balance between pop and more art-oriented tendencies” didn’t quite satisfy Rovinelli. Her friend Em Cominotti, then a sex worker, suggested they give the subject another shot, and “we started shooting stuff much more freely, where I did only what I wanted to do with the camera.” The resulting documentary, Empathy, followed Cominotti as she attempted to secure health insurance and kick her heroin habit, toggling between interview sequences that scan as conventionally “documentary” and sequences that feel more staged, a distinction So Pretty further collapses.

At the time of publication, distribution hasn’t yet been secured. Rovinelli expects it to keep traveling the festival circuit through next year. In the meantime, she works closely with Pretty’s DP/producer Bill Kirstein at his company, 100 Year Films, where she mainly edits commercials and branded content and “very occasionally” directs. “I like to stick these tricks that I learned from the commercial world into work that is maybe somewhat more challenging,” Rovinelli says. “A lot of times, it will be ways to use a music cue, ways to do a sharp edit that will add energy, that could be really interesting to put in a film that’s very slow and metric.” Down the line, she’s considering pitching a TV series and attempting an experimental short in IMAX. “As a trans woman who is a member of the, unfortunately, dismally small number of us doing this, every project you do carries an extra weight because it becomes a way of defining yourself within, against and around this identity you in some ways can’t escape,” Rovinelli says. “The hope I have for filmmakers like me and, frankly, for myself, is that we will be able to more and more define the aesthetic terms on our own.” — VR/Photo by Reed Dunlea