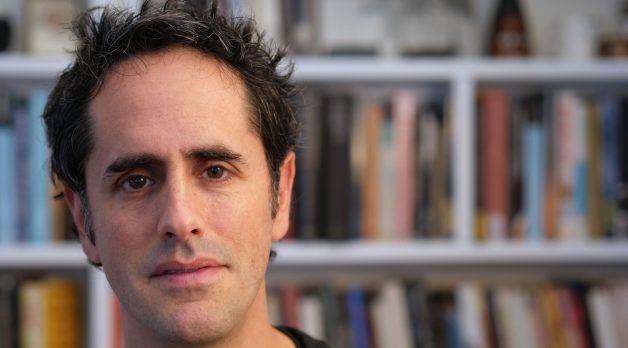 Todd Chandler was nearly three years into the filming of his Untitled Safe Schools Project — a documentary about schools’ various responses to gun violence — when the Parkland shootings happened. “The media onslaught was quite challenging for [the project],” says Chandler. “One funder asked, ’Are you going to Parkland?’ I said, ’I’m not going to Parkland, but I’m pretty sure there will be plenty of other filmmakers going there.’”

Indeed, the simple version of Chandler’s in-production documentary would have been for him to embed himself at a single school — one like Parkland, for example — and document teachers’, students’ and administrators’ responses, emotional and practical, to the tragedy. But, says Chandler, “I’m resisting the urge to run to the center of the media frenzy and instead am taking a measured look at what’s happening around the edges, in schools and within the industry. I’m interested in questions of what it means to be safe and what it looks like to be safe.”

While Chandler’s provocative project has been garnering support from organizations like Creative Capital, IDA and Points North Institute, the director says he’s not making a film that intends to shock. “That would not be useful,” he says, “and would also date the film in two years.” Citing inspirations like Harun Farocki, Deborah Stratman and Brett Story, with whom he collaborated on a short, A Debtors’ Prison, Chandler says, “My film is more a meditation that provokes questions and opens up space to make strange what is fast becoming normal.”

In addition to his work as a filmmaker and as an installation artist, Chandler has been teaching since 1999 — the year of the Columbine massacre. His early film work included video advocacy pieces with WITNESS, the human rights nonprofit. His 2013 experimental feature, Flood Tide, “documented and reimagined” a trip down the Hudson River taken on sculptural rafts. Chandler is also a member of the band Dark Dark Dark. To distribute Flood Tide, he sold a double LP of the soundtrack complete with download code.

The Untitled Safe Schools Project began in Chandler’s own classroom at Brooklyn College, where he heard students talking about a 2015 school shooting on the West Coast — a conversation that expanded to include the larger themes he’s exploring in the film. Early filming was self-funded, with Chandler visiting school safety conventions and gaining access within schools and the industry that, in late-capitalist fashion, has inevitably sprung up to address this sadly expanding market. Fundraising accelerated when producer Danielle Varga (Cameraperson) came on board. Filming so far has taken place at schools in Chicago, the suburbs of Houston, rural Vermont, the coast of Oregon and New York City. The diversity of filming locales has allowed Chandler to trace differences as well as commonalities in responses to the gun violence epidemic. In Chandler’s coolly formal footage, we see common school behaviors unsettlingly transformed. “A lot of the film is about ritual and performance and choreography, both in terms of safety but also just life in school,” he says. “Lockdown drills and dress rehearsals for eighth-grade plays, students saying the pledge of allegiance and teachers getting trained to use tourniquets — these new and old rituals are now living together.” — SM/Photo by Todd Chandler