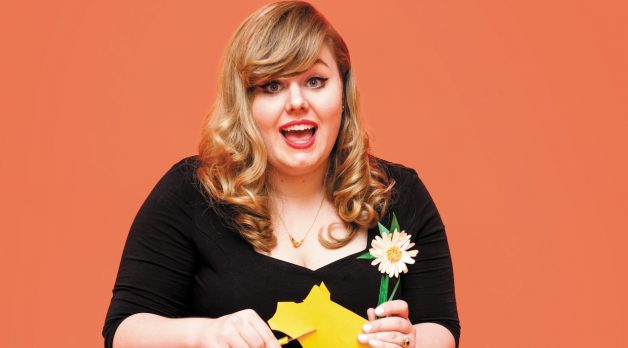 The idea for Michaela Olsen’s exquisitely realized, sweetly shocking stop-motion animated short, Under Covers, was born a decade ago when the New Hampshire–born filmmaker was a senior at the Rhode Island School of Design. She made an artist’s book that was a bit like one of those children’s pop up books. There was a different character on each page, all lying in bed, “and you’d pull down the covers to see the characters and their secrets, then pull up the bed and see more secrets,” she says.

Graduating into the “freelance recession world” of the late aughts, she wrote a short-film treatment expanding the concept and started building the sets as well as the puppets she’d eventually animate. But paid work — fabrication jobs on commercials and a gig directing Vines for Samsung — took precedence. When Olsen got evicted from her Gowanus studio — “they were turning the building into co-ops” — she decided to ditch freelance life and formally join Mighty Oak, the creative studio formed by Jess Peterson and Emily Collins, as creative director. The company specializes in handmade animation and design, working with clients like Netflix, Etsy and Adult Swim.

With Mighty Oak as a home base, Olsen finally began refining the story and then animating — a two-year process. Among the characters dozing one night during a lunar eclipse are a lipsticked chihuahua dreaming of a canine companion; a biracial couple whose trans identities are revealed when the covers are pulled back; a pair of mice (permanently) slumbering in a blood-specked mousetrap; a he-man hunter spooked by haunted goings-on in his wooded cabin; and an aged nun whose ecstatic expression is revealed to be the product of eros, not religion. Indeed, Vimeo has slapped a “mature” rating on the short, with one outraged commenter calling it “twisted and blasphemous.” About the reactions — which include acclaim at a raft of 2019 festivals, including Sundance, Outfest and Edinburgh — Olsen admits, “Even though they are just made of foam and latex, a lot of people are shocked by naked puppets, and I’m trying to analyze why that is. I think it’s because I’m playing with these mediums thought of as ’for kids,’ like the pop-up book, and puppets are similar to dolls. So, I’m messing with people’s nostalgia, which can be surprising to them. But that’s the power of animation for adults.”

Of inspirations, Olsen cites Eastern European animators from the ’60s, like Jan Švankmajer and Yuri Norstein. “But I’m just as influenced by current-day pop culture,” she says. “Like everyone else, and because I’m a creative director, I’m watching Netflix all the time. Lisa Hanawalt (Tuca & Bertie) is a personal hero of mine.”

After spending a decade on Under Covers, Olsen is being deliberate about what’s next. She’s teaching for the first time at RISD this fall. And at Mighty Oak, which now has a staff of seven, she’s learning how to “let go of doing everything myself” while fielding queries from interested production companies. “We played a little bit about what an Under Covers series would look like, and we’re trying to dip our toes more into the entertainment world, creating more content for TV and film. I have some ideas, but I’m just seeing how this reaches the world so I can hone my ideas to what feels right.” — SM/Photo by Jonica Moore