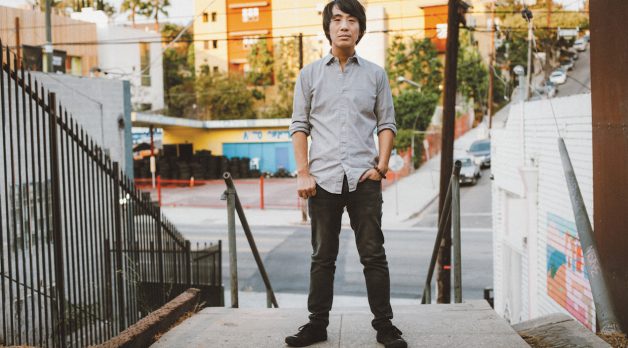 Norbert Shieh’s Preserves began, in part, as a “knee-jerk” negative reaction to the 2011 documentary Jiro Dreams of Sushi. Watching 85-year-old sushi chef Jiro actually practice his craft, Shieh thought, “was the best part. Watching someone doing something they’re great at is visual pleasure. That movie reduced the storyline to the chef deciding which son will take over the restaurant.” In general, Shieh — a first-generation Taiwanese American who grew up in Southern California — found that food television, like Anthony Bourdain’s Parts Unknown, “glossed over the labor and agriculture aspect of food. That’s been a through line for a lot of my projects — the mundane, everyday and quotidian.”

The footage assembly for Preserves is exactingly formal. The subject is the pickled mustard greens unique to Taiwanese cuisine, an integral ingredient in Taiwanese beef noodle soup. It’s the dish people from Taiwan miss the most, says Shieh, and “pickled mustard greens is what makes it different from pho or ramen.” Focusing on the nationally unique vegetable from its cultivation onward is a way to examine Taiwanese culture as a whole, a both materially precise and metaphorically rich in to historical and cultural connotations. An overhead shot of laborers tilling soil is impeccably composed; rivulets of water and field workers make their way down the frame, constant disruptions that keep eyes moving through the static frame. A sequence of a woman preparing for work at an early hour earns the durational influence of Tsai Ming-liang in extended silent studies of her routine. Taiwanese slow cinema isn’t just an aesthetic reference point: “Hou Hsiao-hsien, Edward Yang, Tsai Ming-liang, all those guys — I wanted to see all this to understand where my parents were from and what that culture meant for these people.”

Shieh studied visual arts at UC San Diego, where Jean-Pierre Gorin made a big impact. His course was “Hard Look at the Movies,” where only the first five to 15 minutes of a film were watched, then exhaustively discussed: “Coming out of that kind of messes you up because it deconstructs so much that the film becomes purely an artifact of ideas and interpretation. He would say: ’Film is like a seismograph, the death of film is linearity.’ All these very abstract ideas he burned into you every day.” Shieh attended once, then audited every semester after when it was offered. After graduation, Shieh worked as an editor and DP, then attended CalArts for grad school while continuing to work. There, Shieh started making experimental work (his work played at festivals including Views from the Avant-Garde and Ann Arbor Film Festival), even though “I didn’t think of myself as an experimental filmmaker at the time.”

Shieh shot Preserves’ first footage in 2013 and 2014, then set it aside for three years to build his career as a DP. He’s largely transitioned from lensing to commissioned directorial work, making shorts for the likes of PBS and PacArts. In 2018, Shieh returned to the project. By then, something he couldn’t have foreseen had happened: with high-profile restaurants like NYC’s Ho Foods garnering food press, “Taiwanese food could be something other than going to a San Gabriel Valley strip mall. People were talking about it as actual cuisine.” Shieh has since filmed some of the young, second-generation chefs behind this surge — there’ll be another round of editing this winter, then more fundraising to continue shooting. — VR/Photo by Angela J. Park