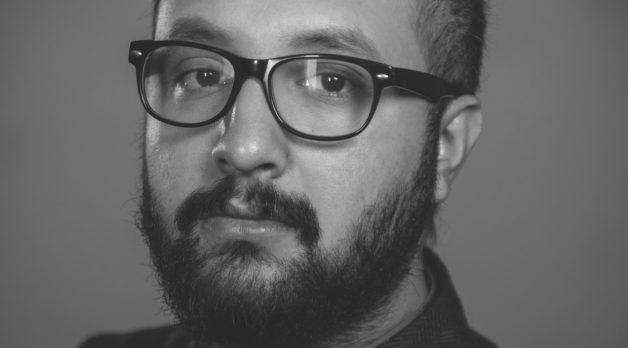 Sudarshan Suresh’s Mizaru unfolds in one fluid shot, which begins innocuously enough: A young boy and girl in an Indian park, seemingly far from any prying eyes, begin making out. Their fumbling is interrupted by a young boy trying to sell balloons, whom they rudely rebuff; his supervising adults soon come trailing. These enforcers of public morality pull aside the young boy and girl, and then other couples, physically abusing them while waiting for the police to arrive. The impressively choreographed one-take shost moves around the park, surveying an exercise group before returning to the couple and their antagonists, deftly juggling the choreography of its large cast and arriving at each position with impeccable timing. It’s an undeniably virtuosic shot that’s more than a gimmick, creating an unblinking unity of time and space that lends increasing dread and gravity to the events.

Mizaru, which won best film at Columbia University School of the Arts’ annual film festival, was Suresh’s thesis film. Born in Madras (now Chennai) before moving to Kolkata, Suresh pursued theater and painting in high school but never thought of going into film. After high school, Suresh went to law school, then worked in contract law in Mumbai. A chance encounter with a New York Film Academy workshop set him on a film track. “That was my first time holding a video camera, first time directing something, first time working with actors off the stage and on screen,” Suresh recalls. “It brought all of my other interests together: art, acting, directing.” After the workshop, Suresh spent a year freelancing on commissioned work, building a portfolio without expecting to get into Columbia.

Suresh’s first short at school, The Rabbit, focuses on a father and daughter on a remote Indian farm. “It was a massive learning experience, to put it mildly,” he says, “shot on a tiny budget because it was a first-year film, and we weren’t really getting funding for that. That is the film that made me realize the magnitude of the job of a director working with actors.” His next short, Absent, is a Brooklyn-based portrait of a schoolteacher taking care of her dementia-afflicted mother. When it came time to make Mizaru, Suresh (who cites the Dardennes, Cristi Puiu and Andrea Arnold among his influences) “didn’t want to do another shot-reverse shot everyday drama.” The one-shot choice was motivated, among other reasons, by the desire to create “the feeling of being a passive bystander walking around the park.” For Suresh, “what compounds or makes worse this vigilantism is that it’s met with inaction on the part of the government and complete apathy on the part of the people.” The title refers to one of the three wise monkeys — the one who sees no evil.

The short (which showed at this year’s Telluride) was initially written as the first segment of a feature whose action will be split between India and the United States. Currently in development, Suresh plans “to take the route of a lot of Indian independent films, going to coproduction markets and being financed by European institutional funding.” He plans to divide his time between India and the States and also says he “has ideas for a series down the line, and my hope is to be moving to the West Coast in another couple of years.” — VR/Photo by Joel Jares