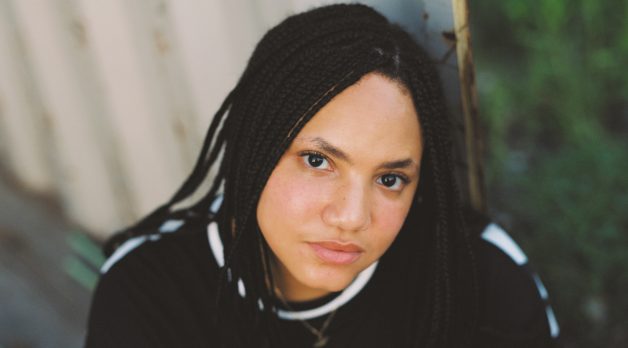 “I want to get as much work out there as possible,” says Haley Elizabeth Anderson about her seemingly nonstop filmmaking activity over the past couple of years. “To be still and not making stuff scares me.”

Anderson shouldn’t be scared. This year alone the NYU Tisch grad impressively premiered a piercing short doc at the Tribeca Film Festival (If There Is Light, commissioned by Queen Latifah’s Queen Collective) and, at New York’s Hudson Yards art space, The Shed, Gulf Tones, a three-channel and photography installation about the Gulf Coast. And Anderson has found support for other new projects from organizations and grants as diverse as SFFILM, the Flies Collective, The Eyeslicer, the Alfred P. Sloan Foundation, IFP, the Sundance Labs and the Spike Lee and Sandra Ifraimova Film Production Award.

But while these new and future projects span cinema and galleries, features and shorts, fiction and documentary, they all tie into an emotionally attuned, deeply resonant and unified aesthetic born of Anderson’s childhood experience growing up homeless in the South, where, she says, she was “constantly on the go — which oftentimes feels like being ’on the run.’” Her in-development feature, Coyote Boys, about train-hopping youth, extends the themes of her powerful 2017 debut short, Get Out Fast. Anderson describes it as a “contemporary odyssey through fringe communities, centered on rootless youth experiencing loss and loneliness — trying to find alternative ways of surviving 21st century America.” (It also draws on her experience street casting for Terrence Malick in Texas while studying at UT Austin.) Her newest short film Pillars shares themes with a planned feature version of Gulf Tones, which she describes as a nonlinear experimental narrative exploring genetic memory across generations. (With her Sloan screenwriting grant, she’s working with two epigeneticists on the science behind “genetic memory.”) Both Pillars and Gulf Tones are, Anderson says, part of her personal response to Malick’s The Tree of Life. Asks Anderson, “You know that scene where the boys get barbecue from these black kids? Well, that’s my family — the ones selling barbecue. It’s one of my favorite movies, but I walked around after seeing it, thinking, ’I need to make a response to this.’”

Anderson’s Coyote Boys development challenge at the moment is, she says, not to allow the story to lose itself in “movie world” — to allow story structure to trump emotional authenticity. An early draft was 167 pages and was full of “imagined dialogue — like what these characters would say if this were a documentary.” “When you are writing and trying to hit 120 pages, it almost feels wrong,” she continues. “I’m working hard to make it feel real, and it will be a nice 120 pages, but I’m going to make sure the spirit of the film is the same.”

As far as future hopes, Anderson says, “I just want to be a prolific and respected artist who defies and exceeds what is expected. I want my sets to be places where people leave and say, ’That was a great and lovely experience.’ And if I were to be entirely truthful — without sounding too Kanye-esque — I just want to be the greatest at what I do and to have a career that’s just as long, successful and respected as any of the biggest white male directors. My biggest wish.” — SM/Photo by Jomo Fray