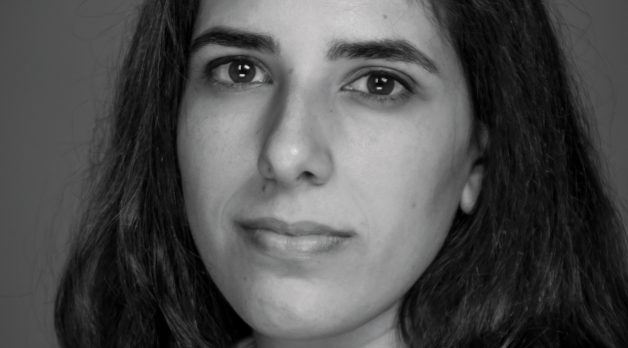 Hardly a day goes by in the United States without news coverage of the dehumanization and vilification of immigrants attempting to cross the border. Hate speech has inspired recent mass shootings targeted at Hispanics, and fear in numerous communities is at an all-time high. With two lauded shorts and a feature script under her belt, Mexican-American filmmaker Barbara Cigarroa seeks to flip the right-wing narrative, using her work to emphasize the very personal struggles immigrants face on a daily basis.

The political is personal in the work of Cigarroa, a filmmaker who spent much of her childhood traveling across the border to visit relatives. Primarily raised in Laredo, Texas, Cigarroa visited extended family on weekends (“My mom grew up on the Mexican side, and my dad grew up on the American side, so I went back and forth visiting my respective grandmothers”). A theater kid who also enjoyed creative writing and documenting the immigrant experience, Cigarroa had a passion for stories that led to her volunteering for nonprofit organizations, in one instance filming a children’s mental health facility that was in danger of being shut down.

As an undergrad at Yale, Cigarroa jumped at the chance to intern for documentary titan Albert Maysles, a New York summer Cigarroa recounts as a “phenomenal experience — seeing the empathy he had for every single person.” Cigarroa would eventually relocate to New York full time to pursue a MFA in screenwriting at Columbia, which helped her complete her first narrative short, Marta Rosa. A harrowing narrative that follows a mother as she agonizingly prepares a costly burial for her child, Marta Rosa was a two-day shoot in Mexico with a fully Mexican crew.

Festival acclaim followed, but, with an eye toward developing first-hand collaboration, Cigarroa pursued a narrative/doc hybrid for her second short, Dios Nunca Muere (God Never Dies), a true New York story that appropriately had its world premiere at last year’s New York Film Festival. Similarly maternal in perspective, Dios Nunca Muere is set in the farming migration community of Hudson Valley, where a Mexican mother and her two children have only each other to rely on, a predicament where even a mattress to sleep on is viewed as a luxury.

With her feature script, El Otro Lado (The Other Side), a selection of the Sundance Screenwriters Lab and IFP’s No Borders Co-Production Market, Cigarroa is keen on further showcasing Hispanic narratives to a larger audience, even if it may prove difficult. A border-crossing narrative, El Otro Lado centers on Lucy, a Mexican-American teen plunged into the middle of the present crisis when her father decides to make some cash by hosting two undocumented brothers waiting to have their case heard. “I want to tell human stories, providing a humanity to individuals who have been dehumanized,” Cigarroa says. “There’s a homogenization going on at the moment, and I want to break that. I want to tell stories about people on the fringes who a lot of people don’t notice or look at.” — EL/Photo by Joel Jares